ICE! at Gaylord Palms is already a great place to get into the holiday spirit. With over two millions pounds of ice shaped, shaved and colored to look like amazing creations, it’s one of our top spots for Christmas celebrations. It’s also a great gathering spot for Polar Bears. No, not the furry white bears from the North Pole, the people crazy enough to get in their bathing suits and brave extremely cold temperatures. The annual meeting of the Orlando Polar Bear Club happened this past week to induct new members and to raise money for charity. ICE! at Gaylord Palms was once again the gracious hosts, and we were there to not only see what it was all about but to also become honorary Orlando Polar Bears!

The Polar Bear Club goes as far back as 1903, when the founder believed that a dip in the cold water of winter could benefit ones stamina, virility and immunity. Today Polar Bears exist pretty much everywhere there is cold weather. Central Florida isn’t exactly known for it’s cold weather, but it is known for it’s amazing theme parks and hotels.

Gaylord Palms is already a luxurious resort nestled just moments away from some of the world’s biggest tourist attractions. Every December the hotel puts on ICE!, a huge display of frozen carved creations. ICE! at Gaylord Palms has fast become a Christmas tradition with a new themed walkthrough every year. This year’s theme is Merry Madagascar. The animals from the hit film Madagascar accidentally shoot down Santa, and give him a bump on the noggin. They must work to save Christmas. The walkthrough includes models made entirely out of ice…about 2 million pounds of ice to be exact. It also features ice slides that guests can slip down. As you can imagine, this much ice needs to be kept very very cold. The entire attraction is kept at a balmy 9 degrees. The absolute perfect temperature for a polar bear! 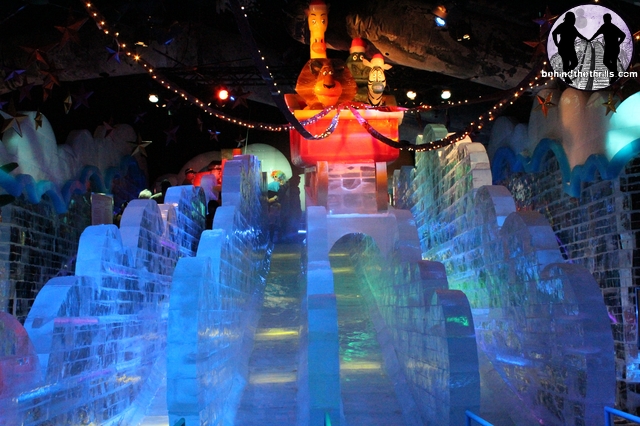 The Orlando Polar Bear Club invaded ICE! at Gaylord Palms Saturday December 1st for the third annual Polar Bear Plunge. For a special price, brave plungers could dare to walk through ICE! in nothing more than their bathing suits. 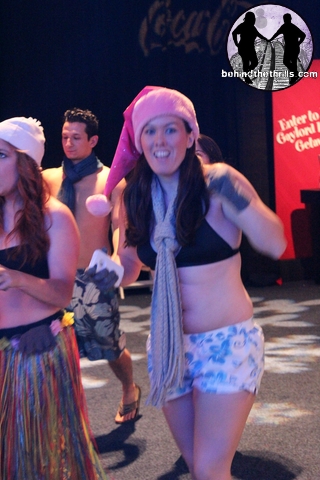 Plungers ranged in ages from 60 to not even born yet! 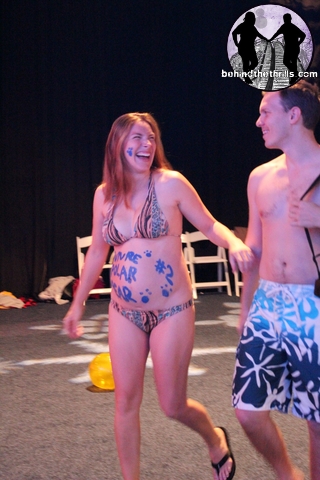 Plungers were encouraged to wear bathing suits, though some came in costume. Batman, Jack Skellington, and even Jack Frost were on hand to brave the cold temps. 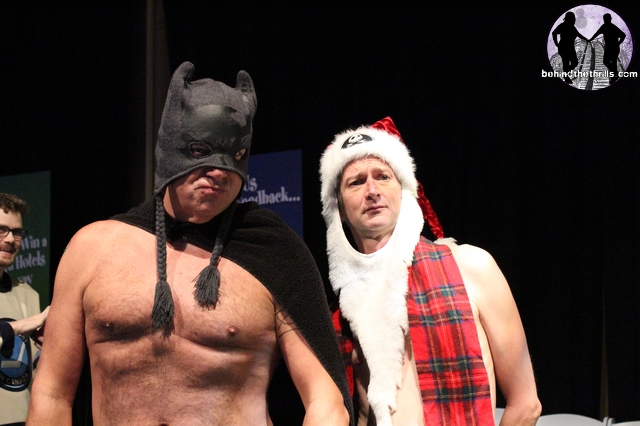 The best part of the Polar Bear Plunge is that $5 dollars of every ticket sold went to a local charity, and helped to raise awareness for those in need. 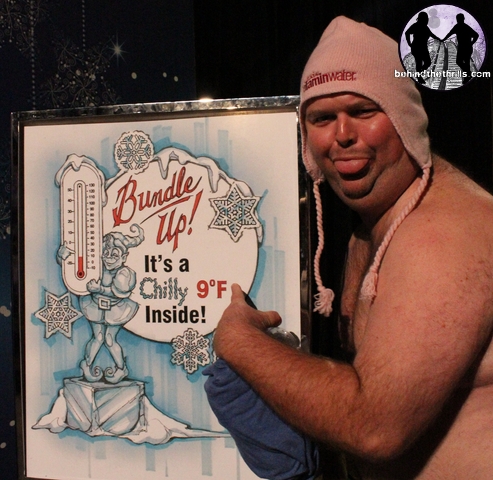 Yes, we even decided to take the plunge. So what’s it like walking around in 9 degree weather in just your bathing suit? Keep in mind I’m a Florida boy, born and raised, and I even work outside. I’m Mr. Green Christmas, I’m Mr. Sun, I’m Mr. Heat Blister, I’m Mr. 101! So how exactly does one go from being Mr. Heat Miser to a Polar Bear? Check out our video tour of the event:

ICE! at Gaylord Palms happens daily at Gaylord Palms from now until January 1st, 2013. There’s also so much more going on for the holidays at Gaylord Palms, including tons of shows, a feast with the characters from Shrek, and you can even see Kung Fu Panda! It’s an amazing place for Christmas, and a great place to take a long winters nap.

For more information on ICE! including tickets, visit the official website!

You’ll shoot your eye out! A Christmas Story coming to Gaylord Palms ICE!