This weekend Universal Studios Hollywood played host to a very special event, the ‘Glamorous Beijing World City’ Fair. This was meant to promote tourism from Los Angeles to Beijing, China and to showcase various works of art and native Chinese performances for guests of Universal to experience.

Luckily we had the honor of attending a very special ceremony joining the two cities as Sister Cities and in typical Chinese fashion is was quite a spectacle taking place right in front of the iconic Universal globe just outside of the park. 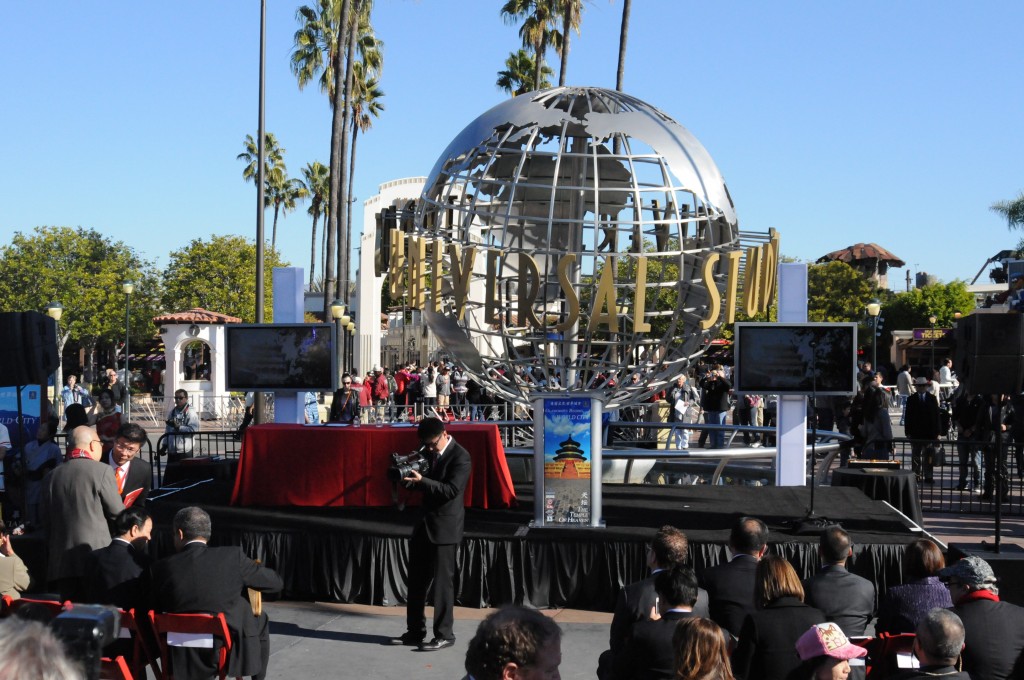 The ceremony began with a video displayed on the monitor showcasing the beauty and wonder of China to the special guests. Then afterwards the crowd was treated to a traditional dragon dance. 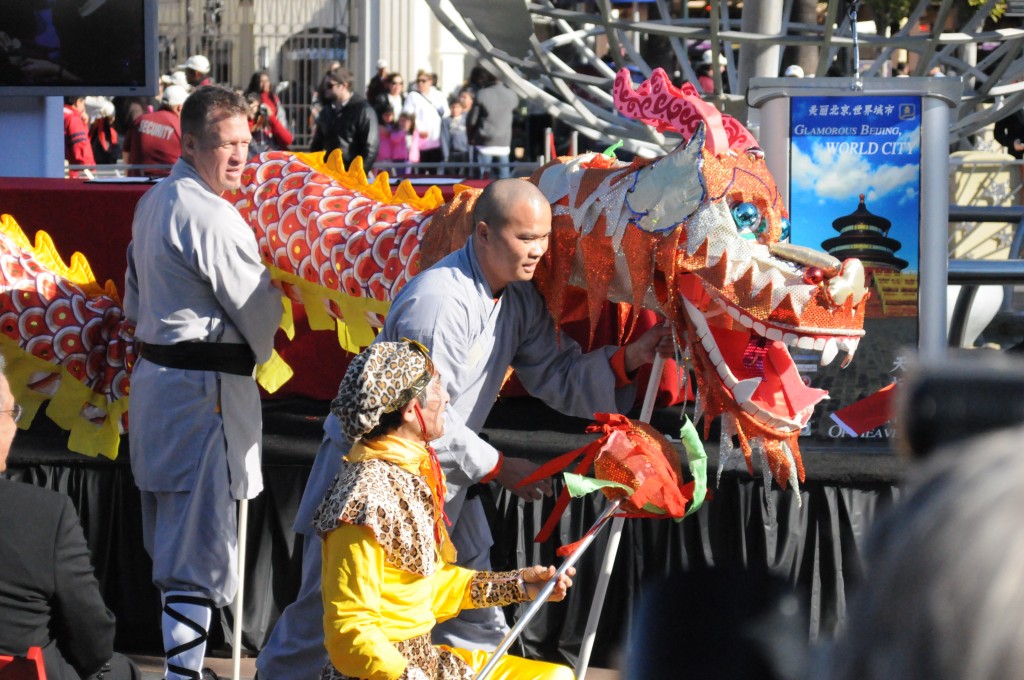 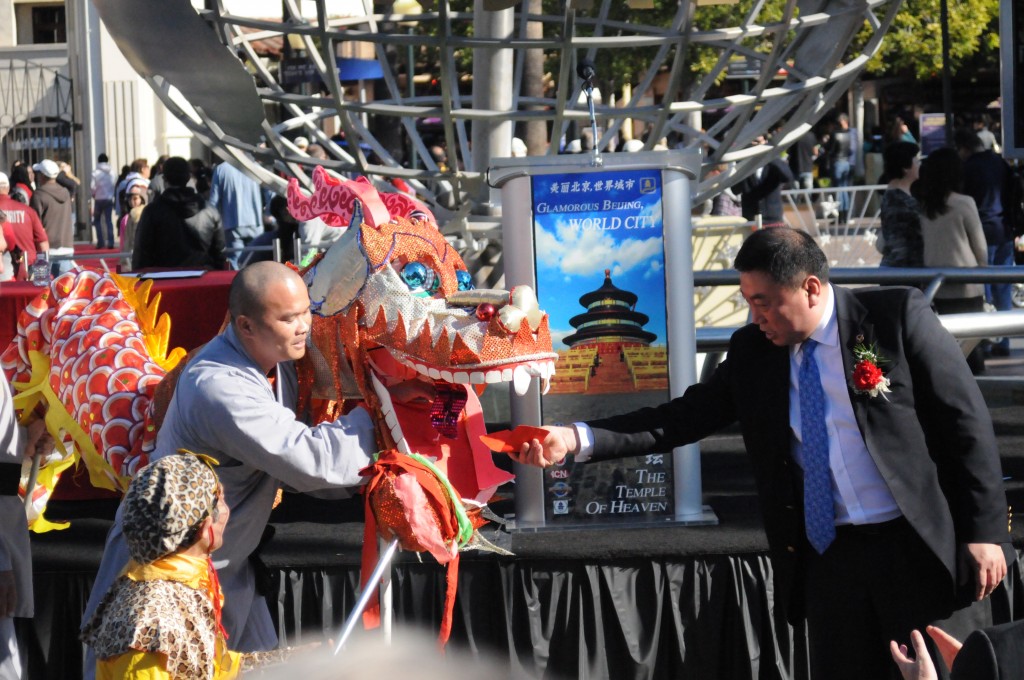 A Chinese tradition, the exchanging of envelopes symbolizing good luck for the event. Then out came two lion dancers for a high energy performance. 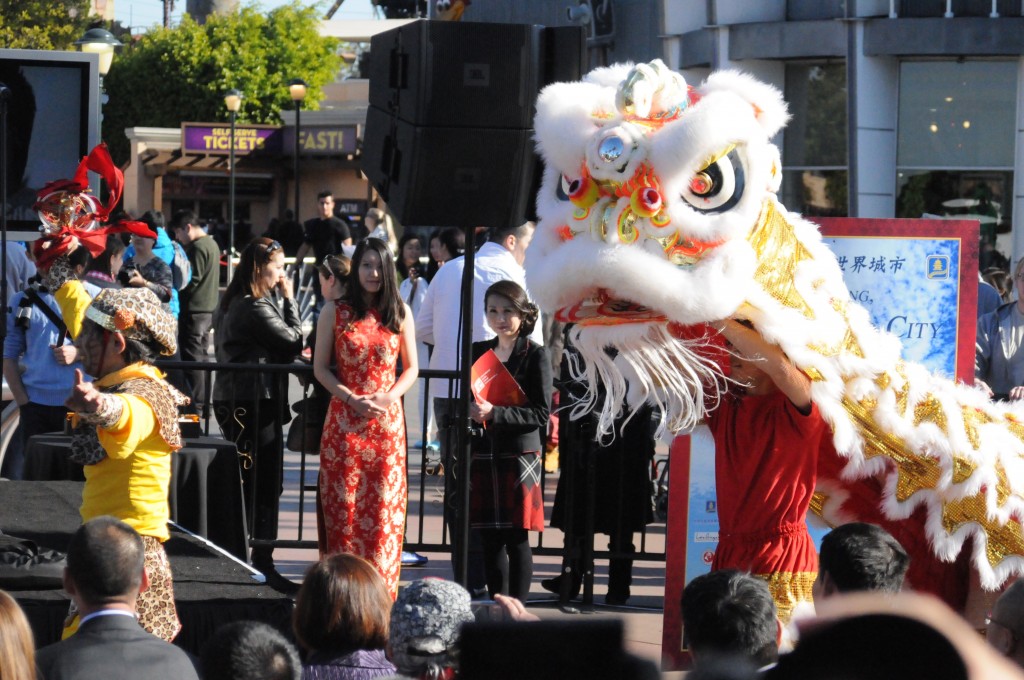 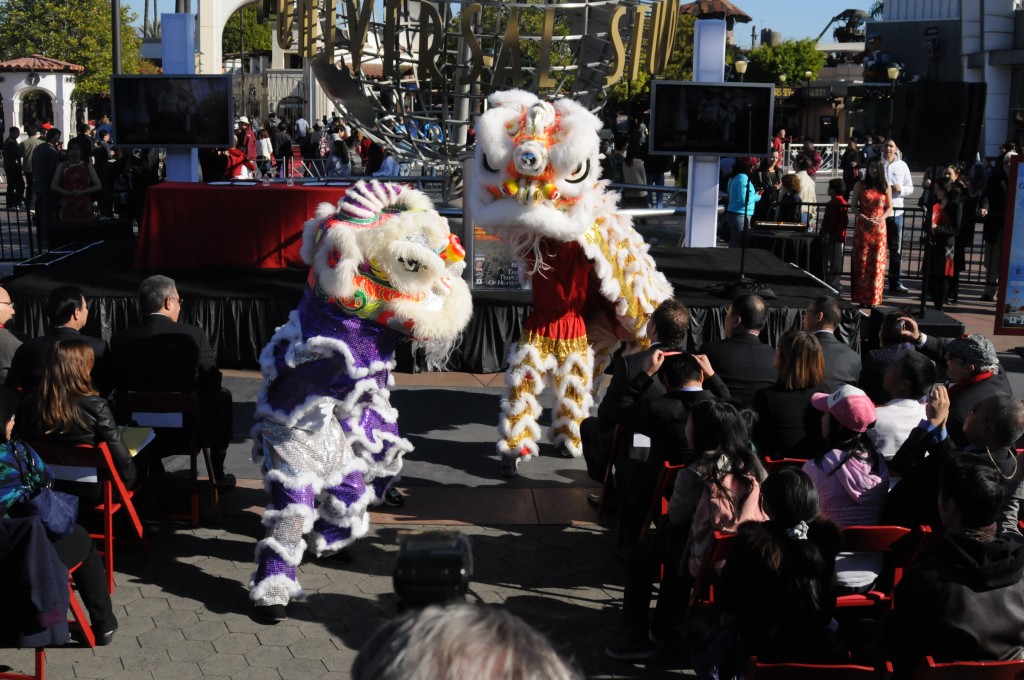 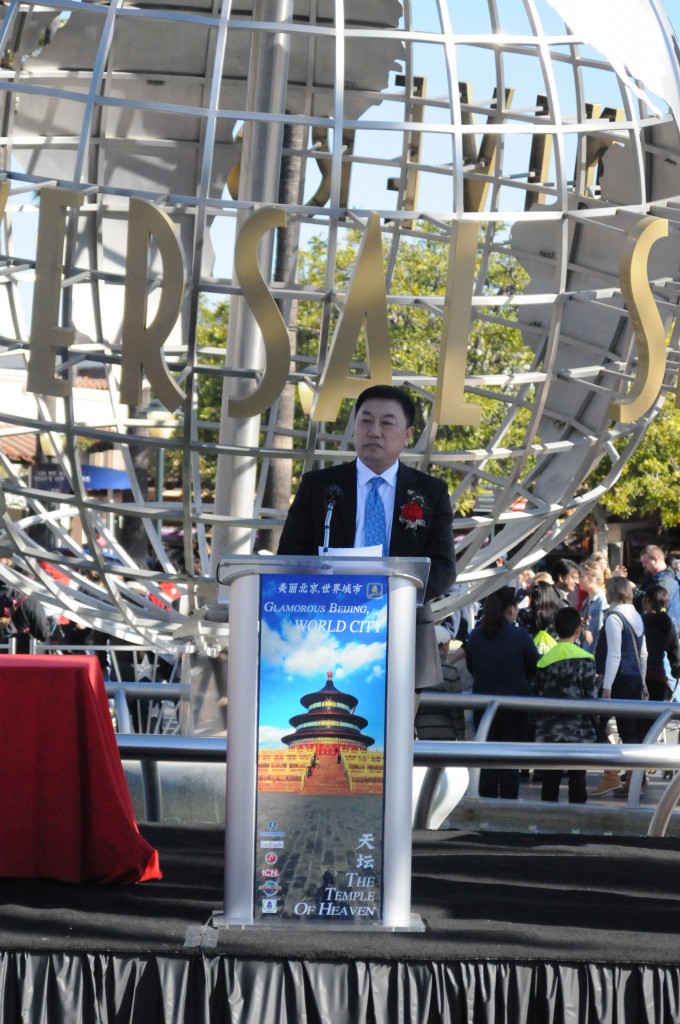 A representative from the Beijing tourism commission speaks about the opportunity of joining the cities. 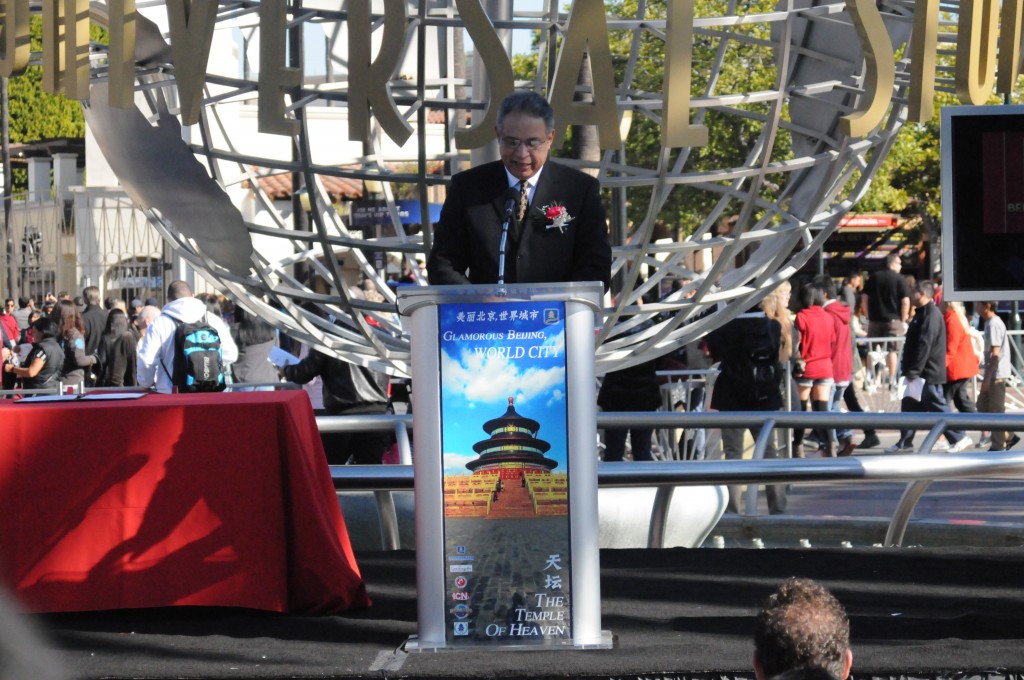 And a representive from the L.A. tourism commission gave a few words. Then through the magic of Hollywood, an famous icon of the silver screen made a special appearance. The lovely Marlyn Monroe! 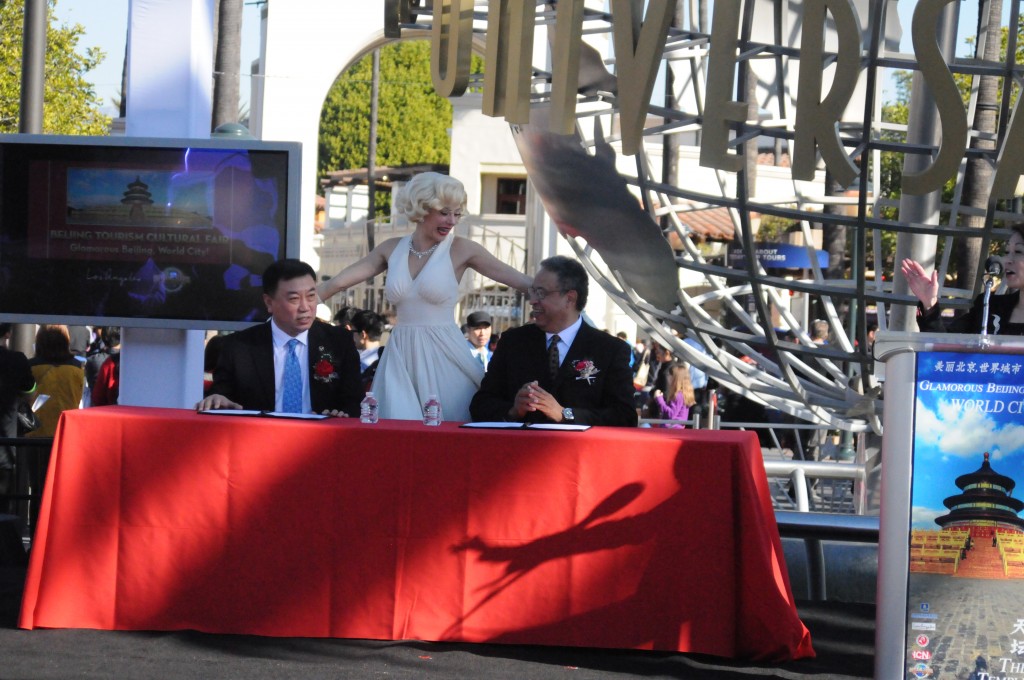 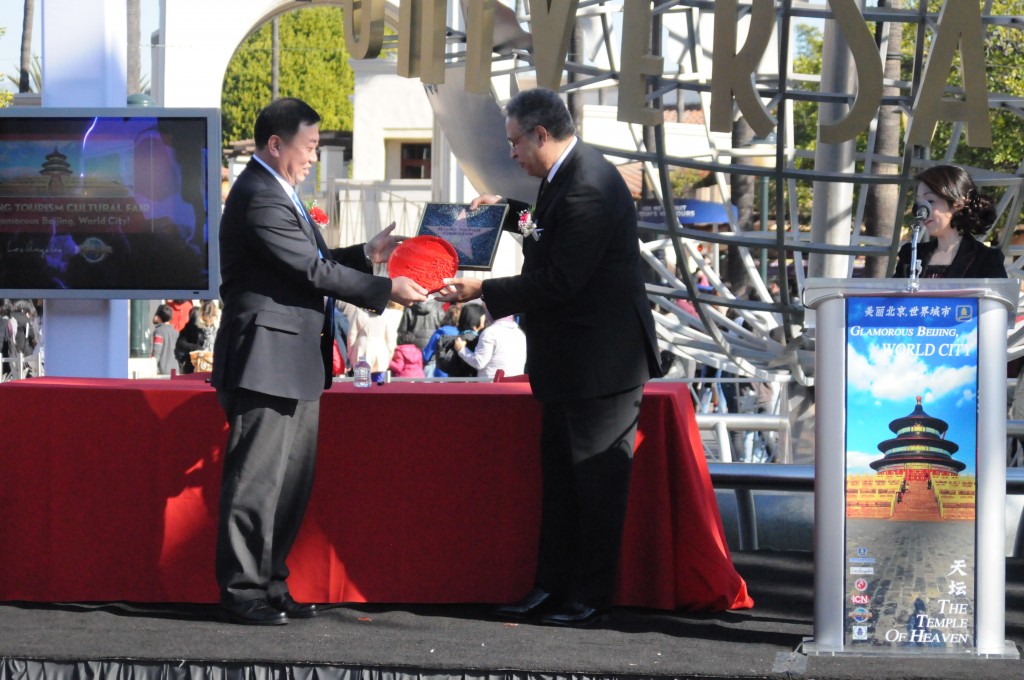 Afterwards we were led by Marlyn Monroe to the Globe Theater where they had the official ribbon cutting. 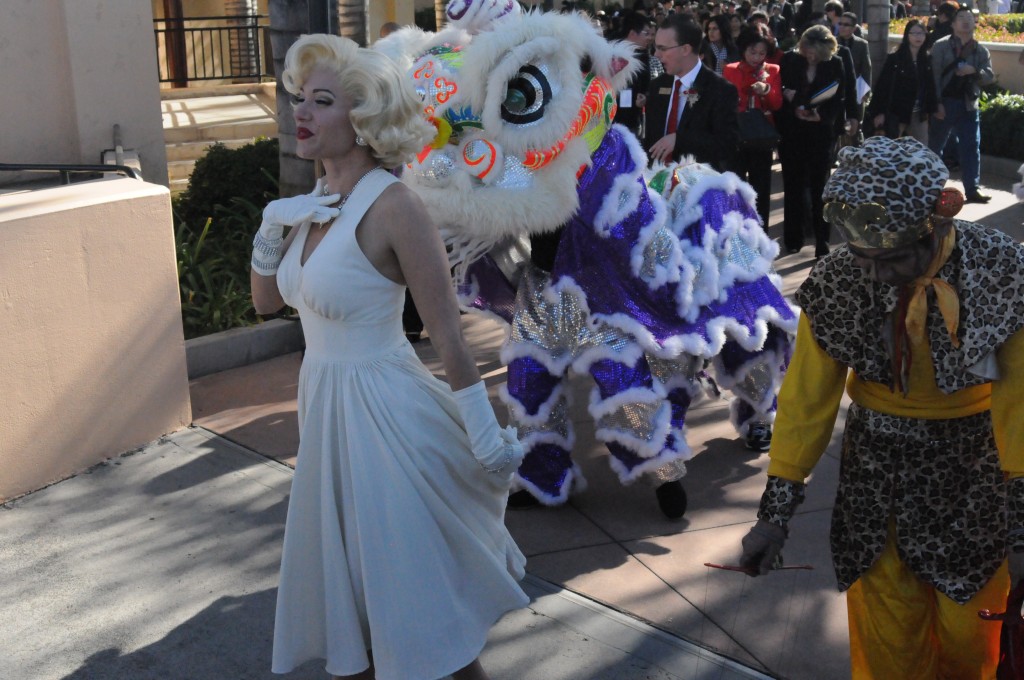 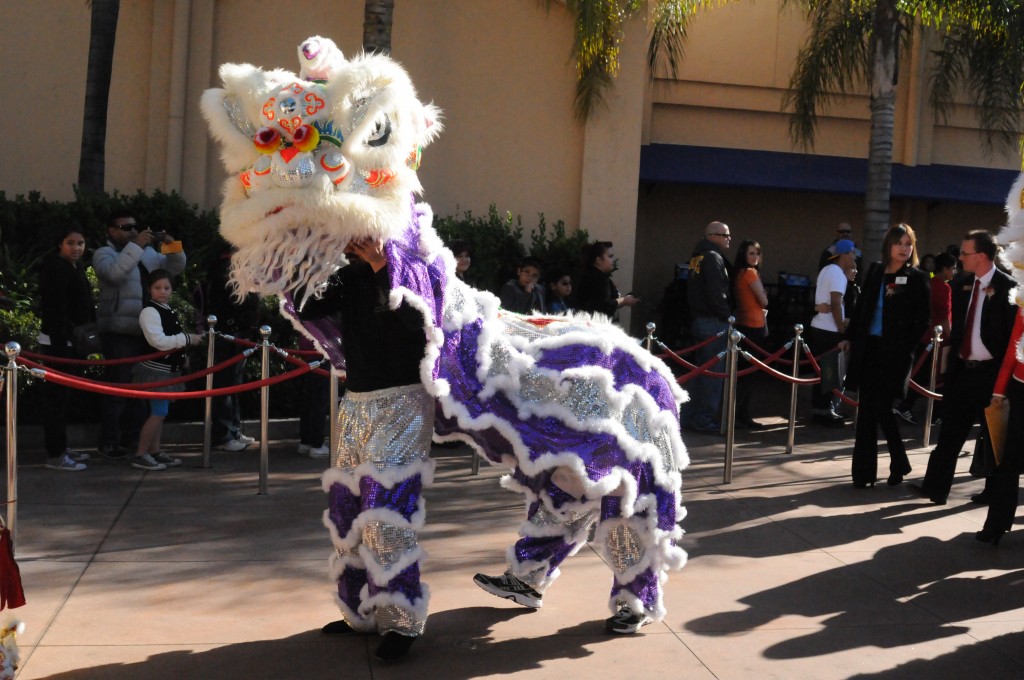 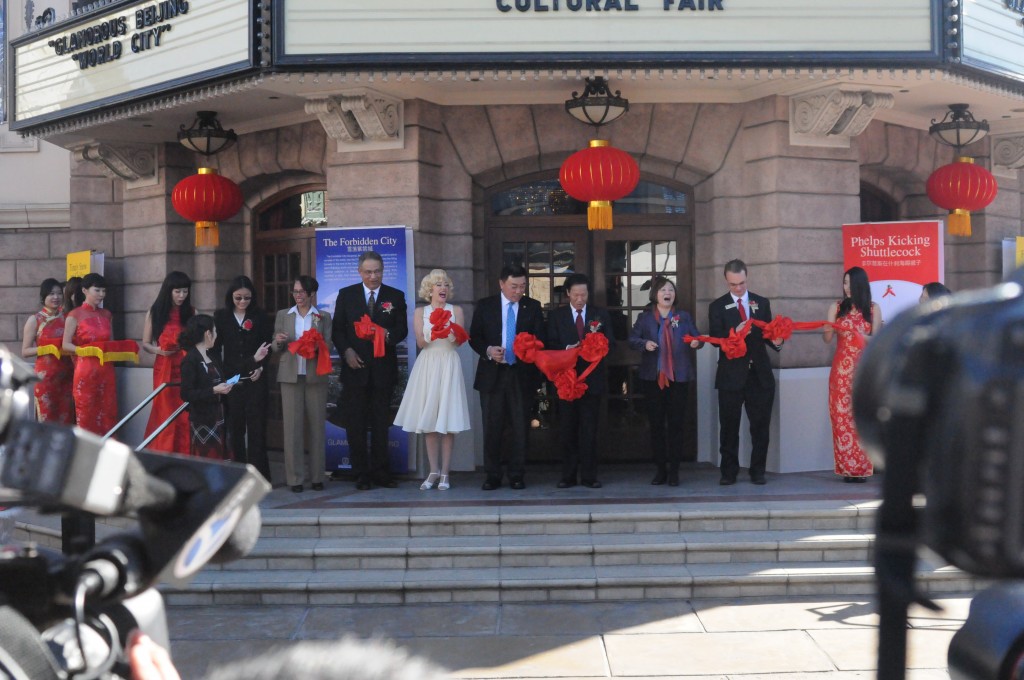 After the ribbon was cut press was invited inside for a few more speeches from LA County representatives. 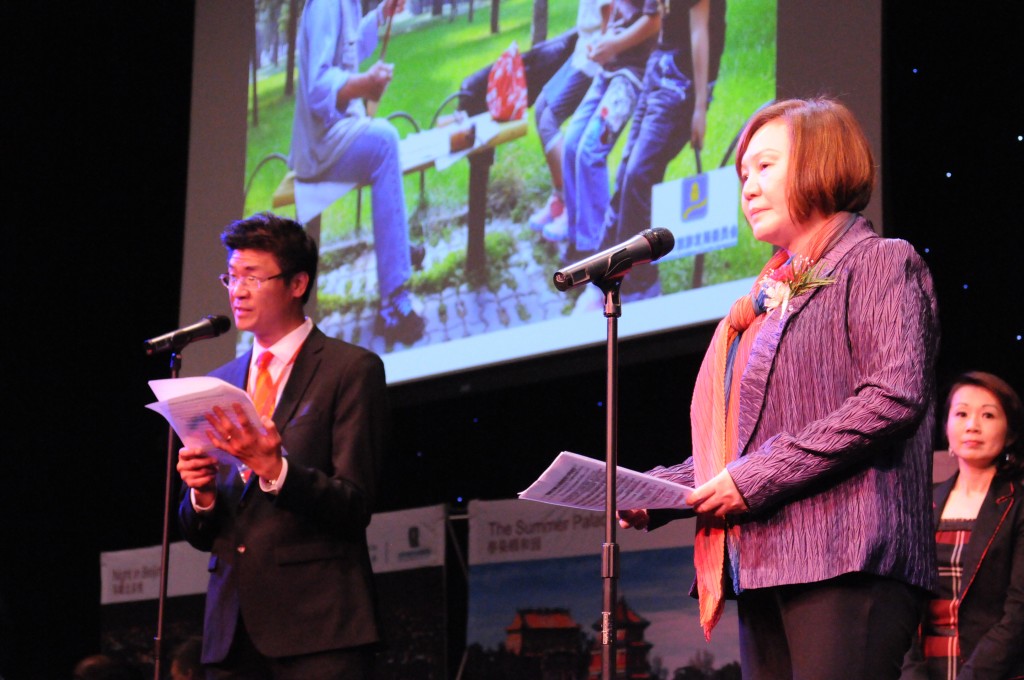 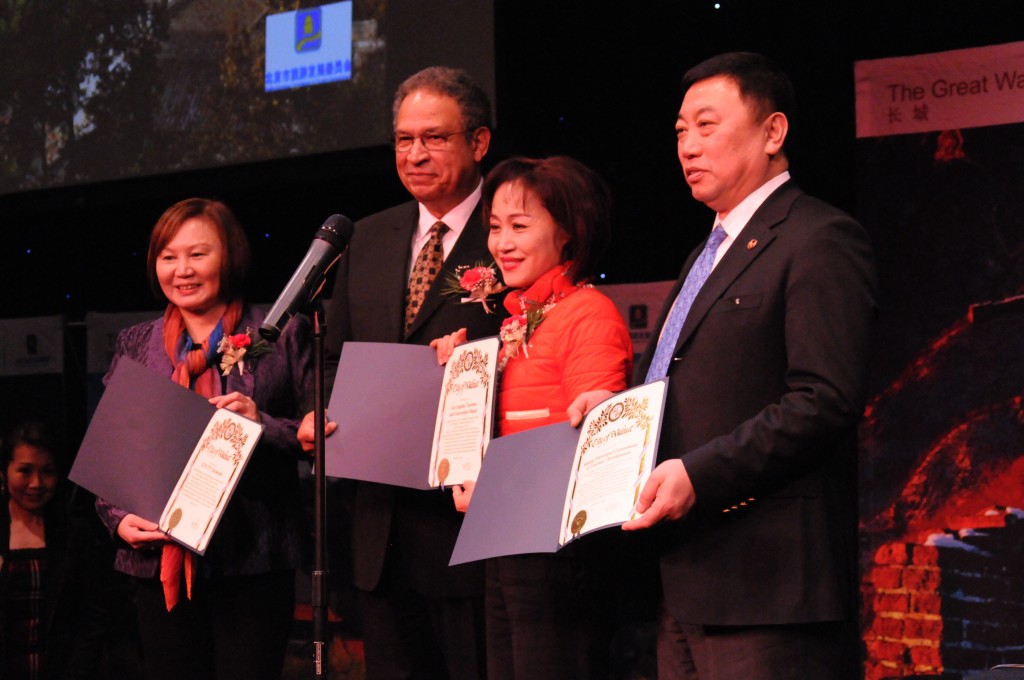 Then everybody gathered around one more time around the magic globe and officially commended the relationship between the two large cities. 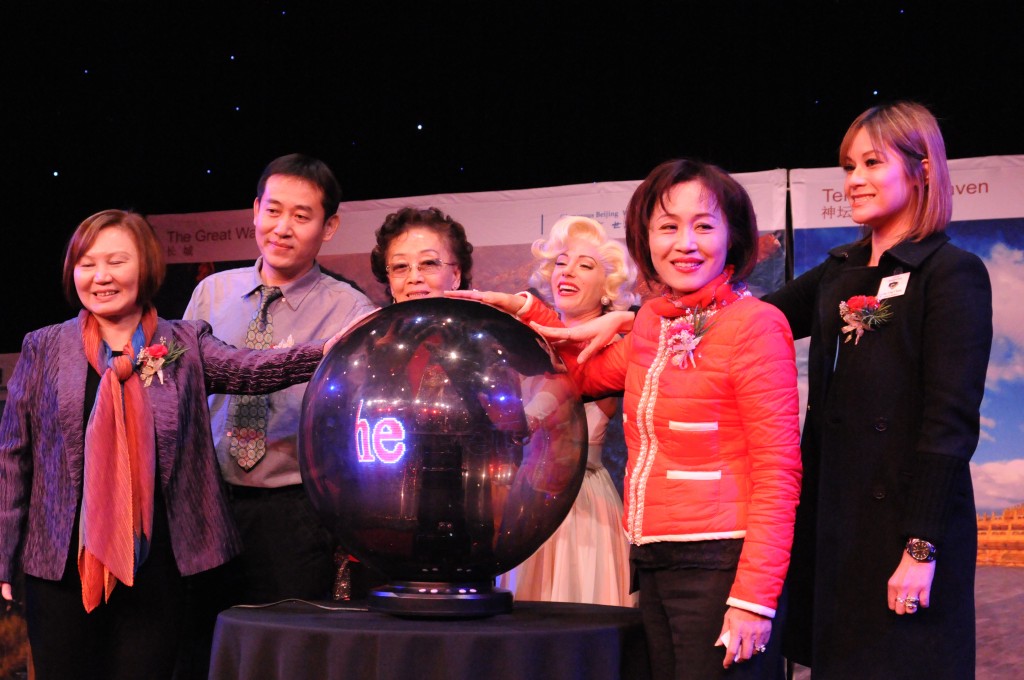 Now a look at the event itself! 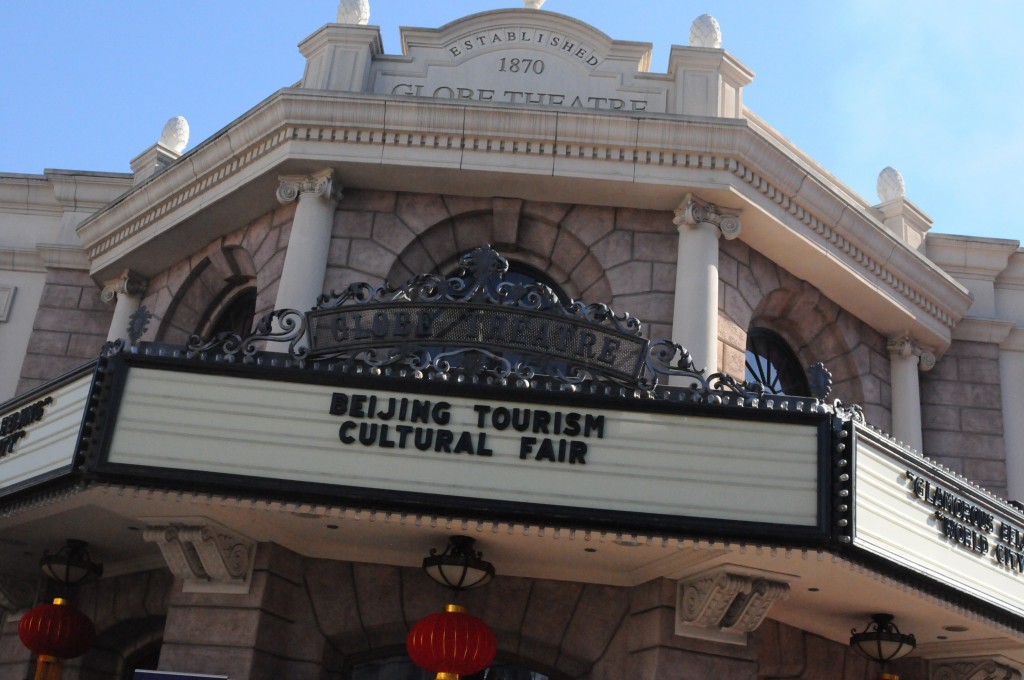 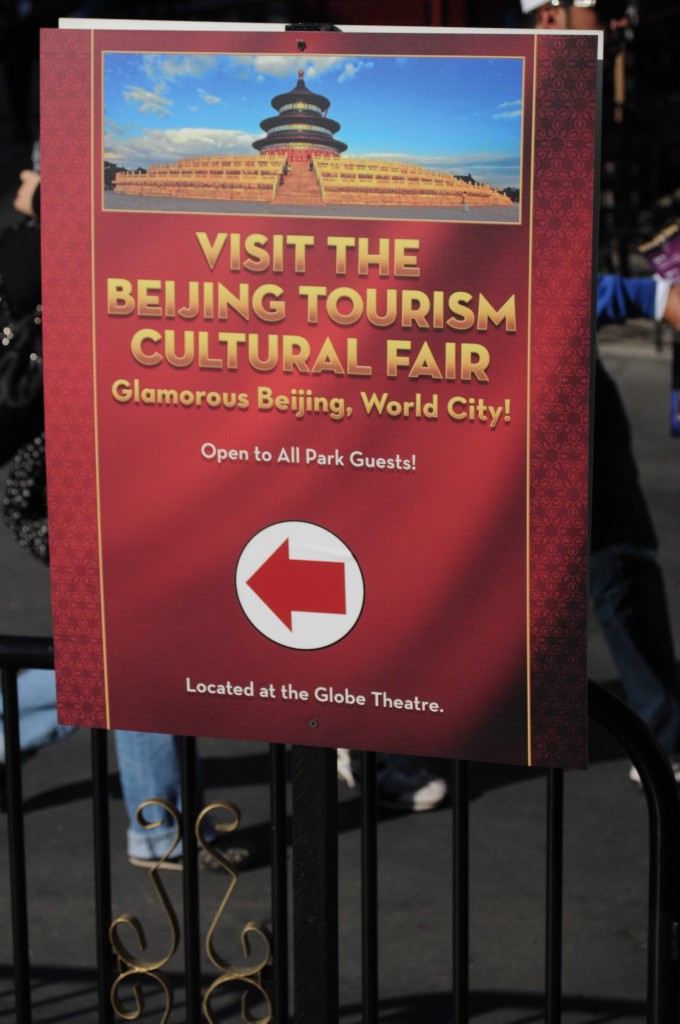 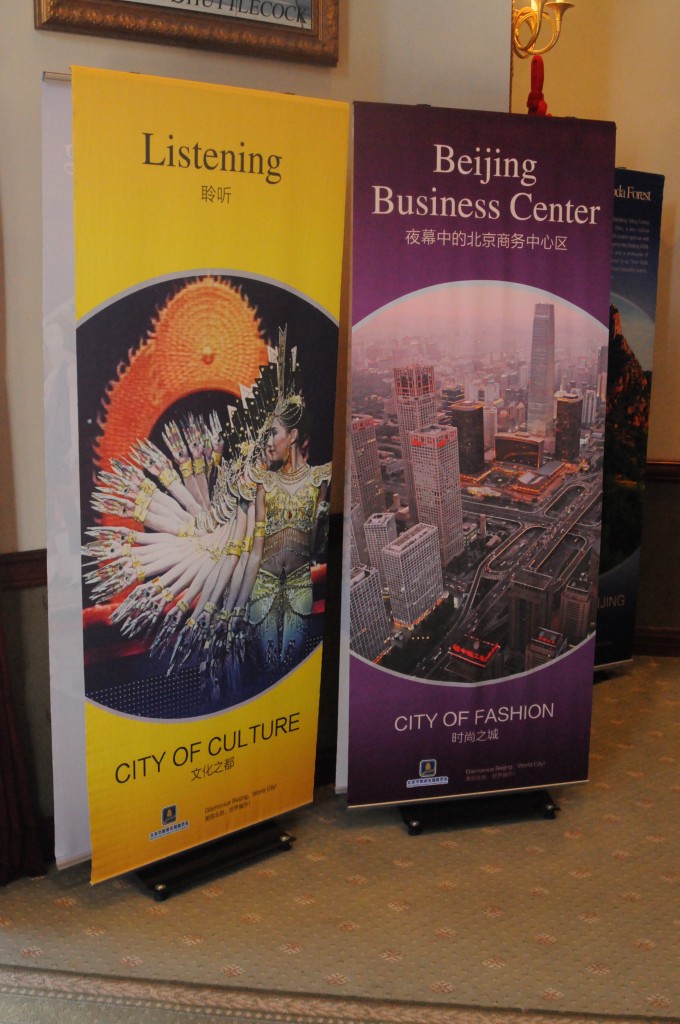 Inside guests were given a unique opportunity to purchase authentic crafts and witness Chinese dances and Kung Fu presentations. 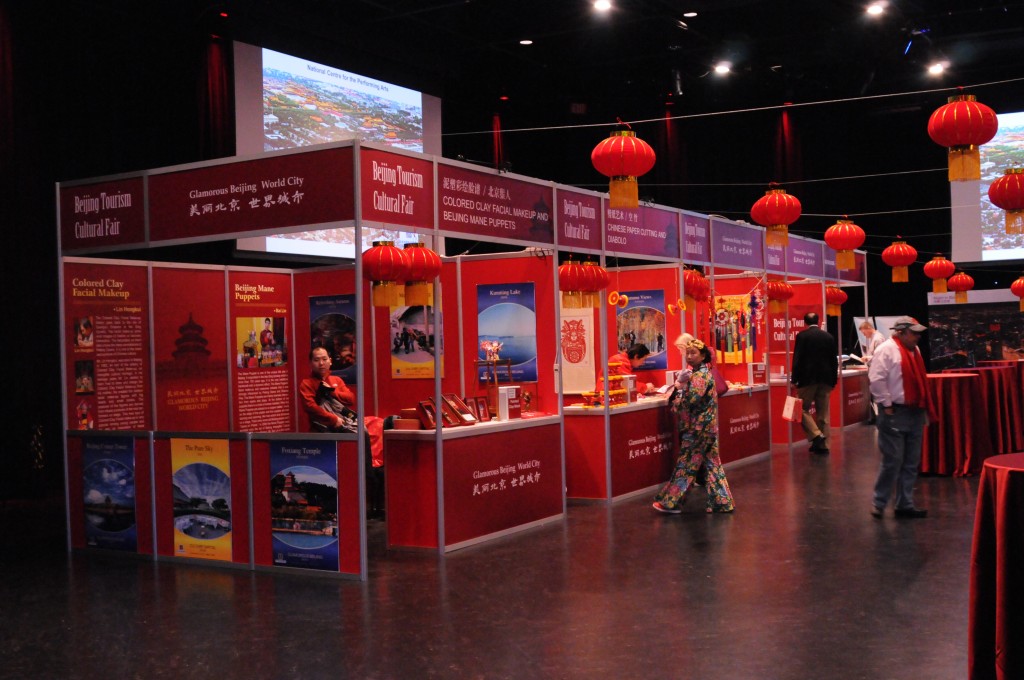 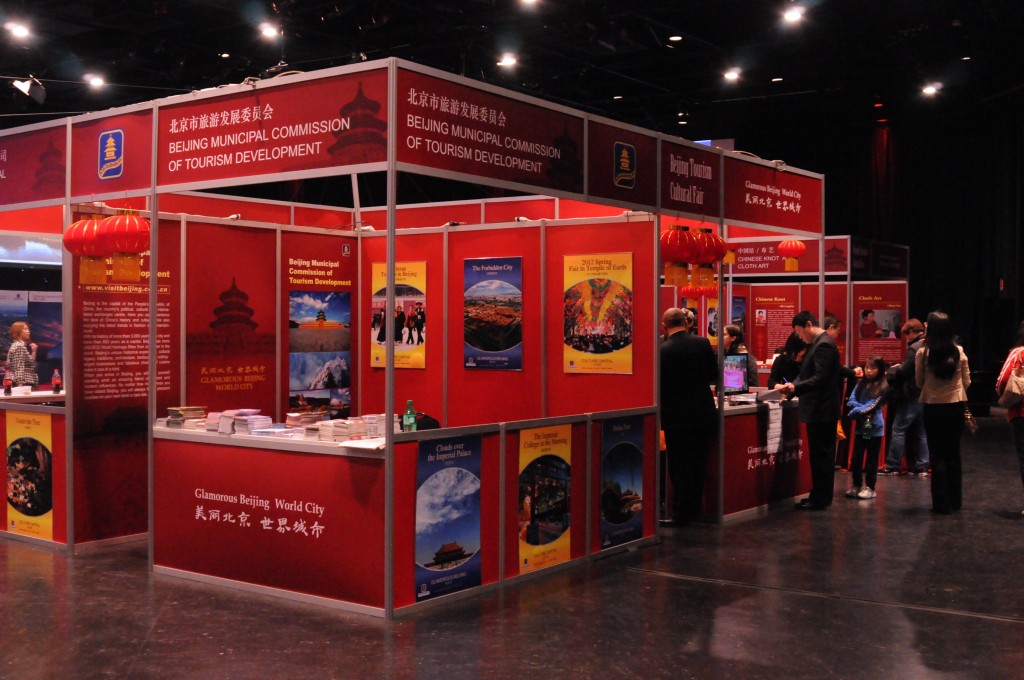 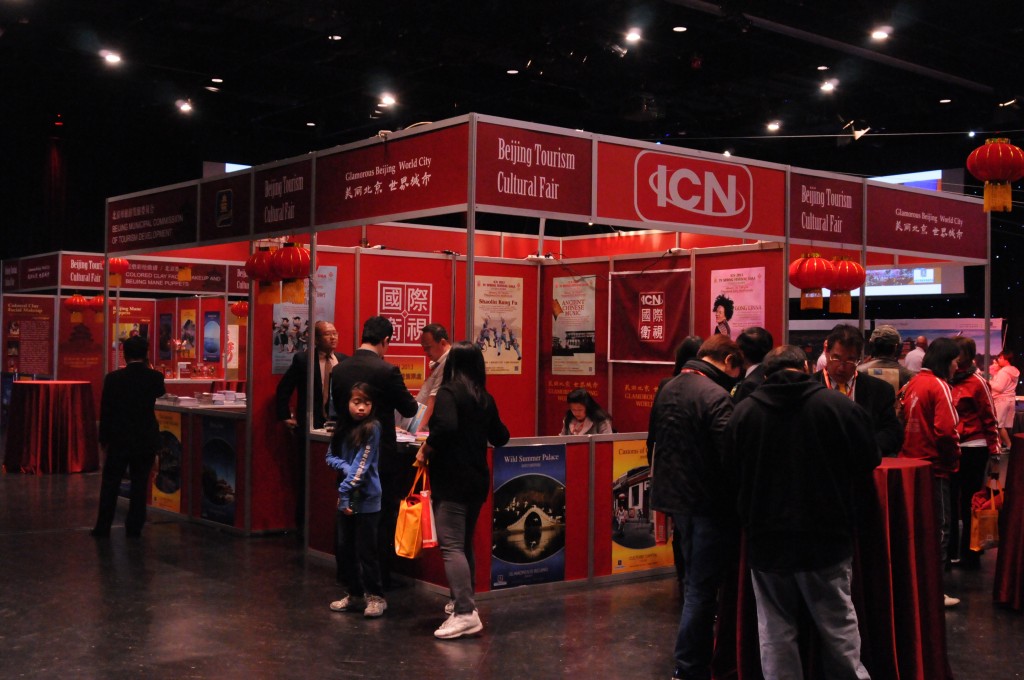 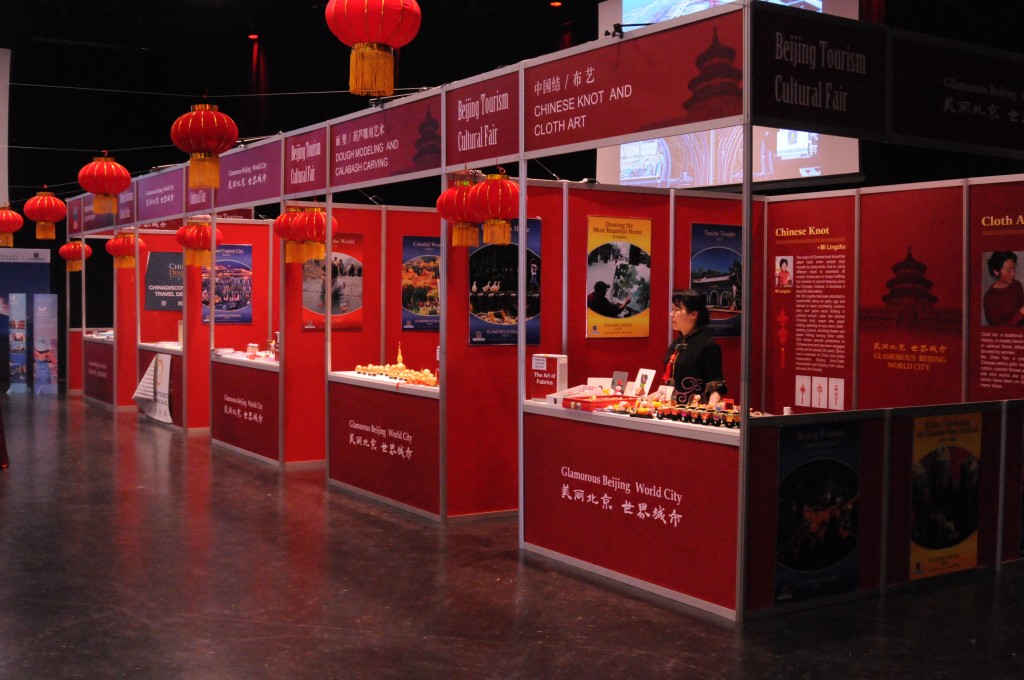 Beautiful lanterns were hung above the event. 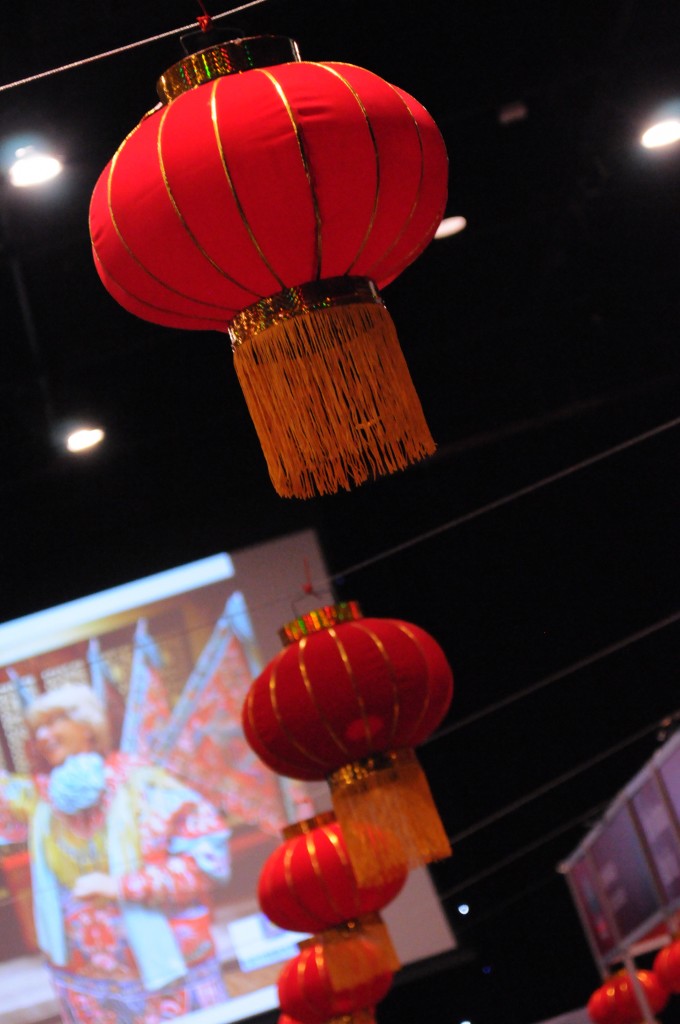 One of our favorite presentations involved a panda who got down and busted some Michael Jackson moves. It was a lot of fun. 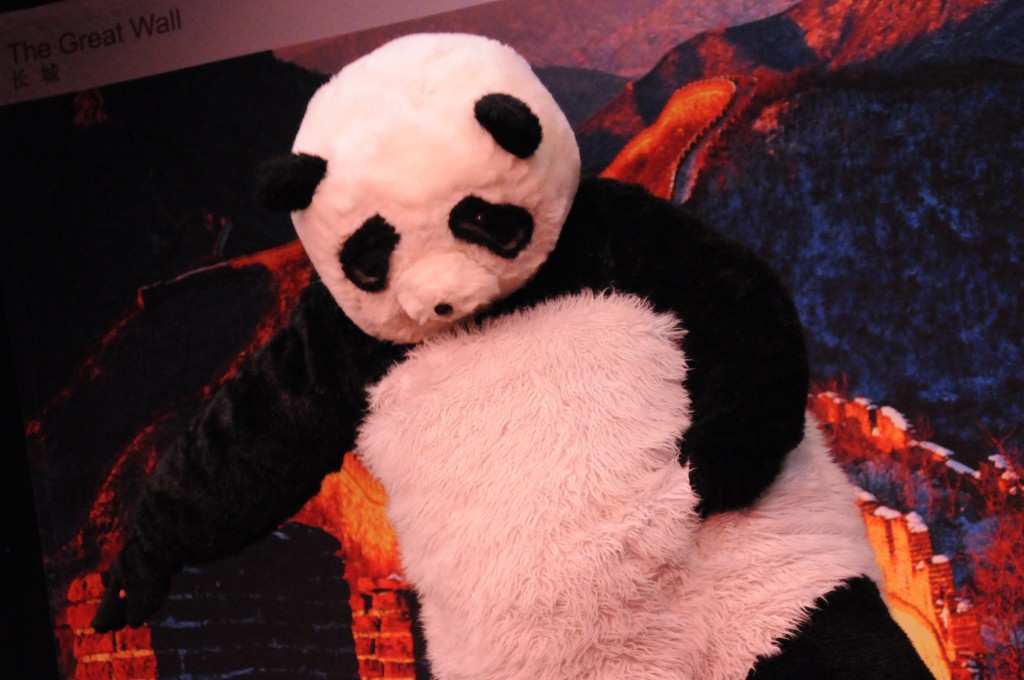 Performers walked around and interacted with guests. 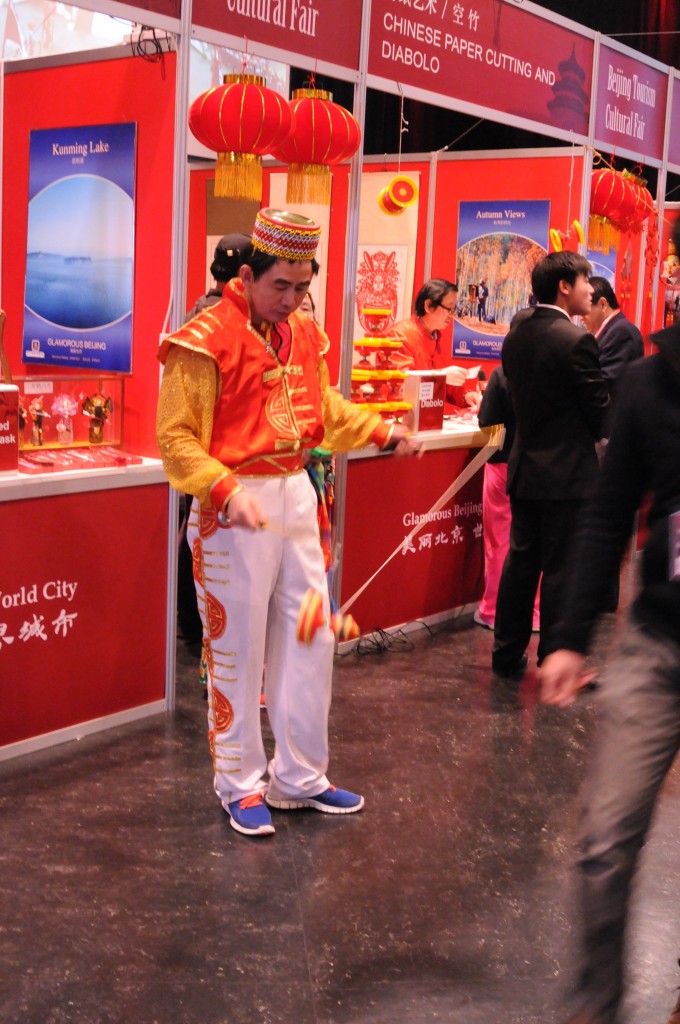 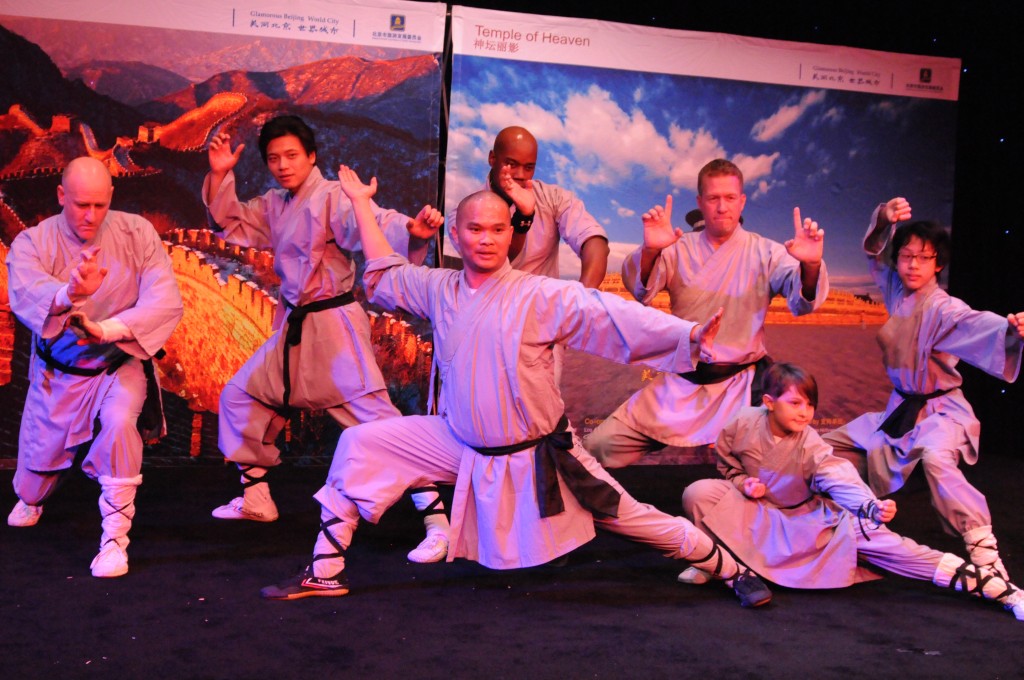 That does it for this event. We want to thank Universal Studios Hollywood for inviting us to the event, it was really a unique experiance and we hope everybody was able to check it out this past week. We hope Universal can pull off other types of cultural events like this one.