Inside the construction walls: Antarctica at SeaWorld is getting ready for a May 24th grand opening 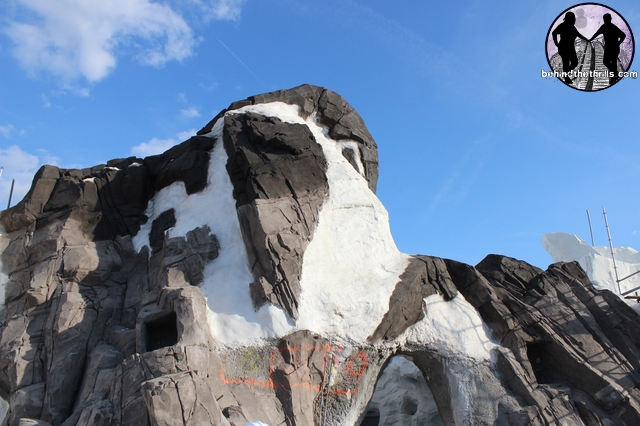 SeaWorld invited select members of the media out to the still very active construction site of Antarctica: Empire of the Penguin. During our visit today, we got to take a sneak peek at not only what’s going on behind the walls, but at a construction model of the area and the Penguin habit, plus get lots of new and exciting information about the area from the creative mind behind it: Brian Marrow. 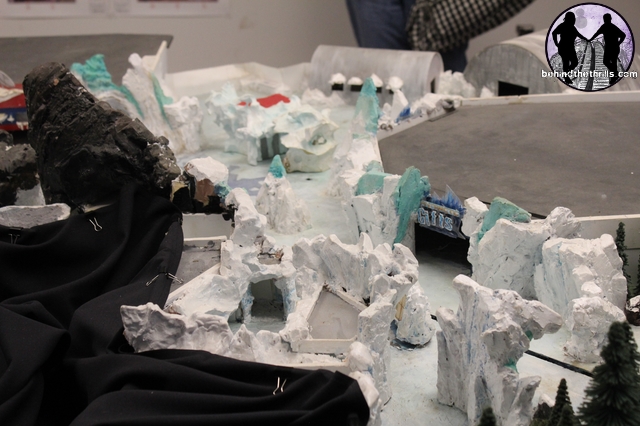 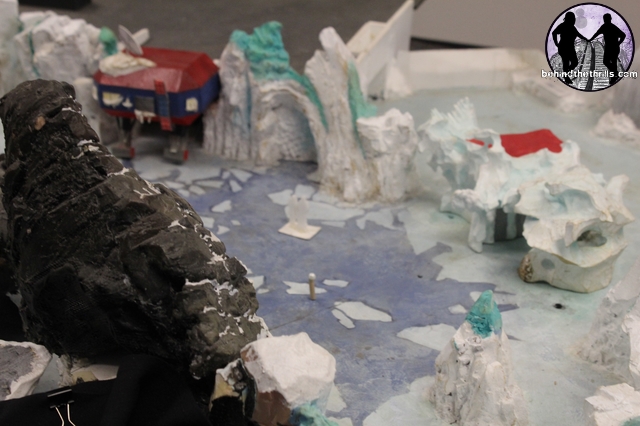 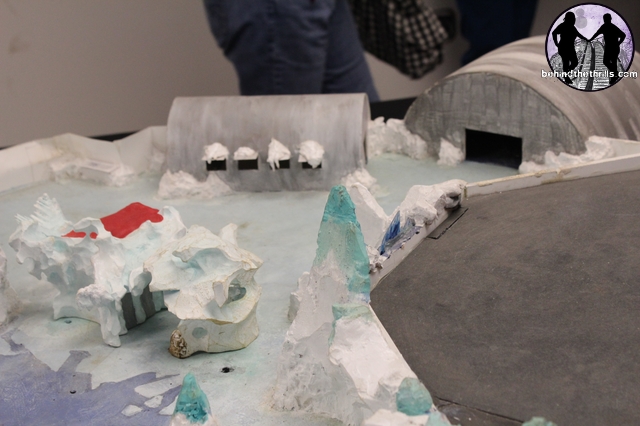 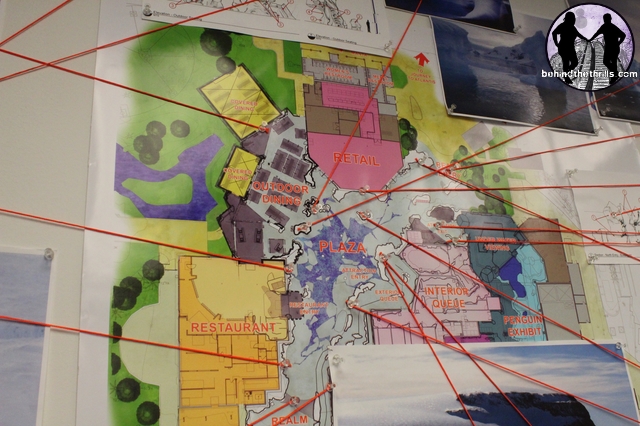 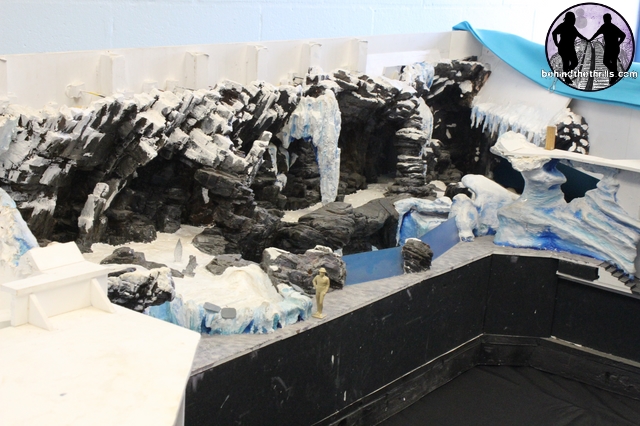 During the first portion of our tour, we were able to preview a model of Antarctica that’s an actual construction model that breaks off into pieces so the construction workers can build everything to specifications. When Antarctica is completed, there will be a replica of the South Pole, new culinary experiences that currently don’t exist within SeaWorld, new shops, and of course a ride that whole family can enjoy together. On top of all of that, SeaWorld will still tie a message of conservation and education into the entire area within the “layers” of the entire attraction.
Check out a complete walkthrough of Antarctica:Empire of t he Penguin still under construction with a commentary by Creative Director Brian Marrow

We were able to catch up with Creative Director, Brian Marrow, who gives us a quick insight on what guests can expect to see.

Antarctica will be a completely different experience than SeaWorld’s predecessor “Penguin Encounter”. Penguin Encounter was a fun place to go, but engineering twenty years ago when the building was constructed is much different than it is now. Brian mentioned today that temperature and smell were big factors in the construction of the building and that there will be little to no foul “Penguin smells”.

Penguins are known for their swift and athletic abilities in the water. SeaWorld has constructed their Penguin area that will allow guests to get closer than ever to Penguins without being behind glass in many areas of the attraction. They will also be adding an underwater viewing area where guests can look up as Penguins dive straight down into the water and jump back out. In this area in particular, Penguins will not only be able to swim from side to side, but they will also be able to swim vertically. SeaWorld has also added porpoise holes into the ice so that they can jump out of the water and onto the ice as they do in the wild. 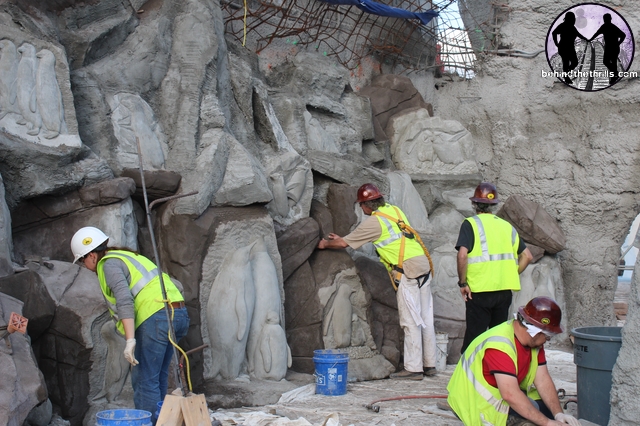 There will be four different species of Penguins within Antarctica, which are: Gentoo, Rock Hoppers, Adele, and King Penguins.

Speaking of Gentoo Penguins… Brain talked a little bit about “Puck” the lead character in Antarctica. It took about three years to create Puck, because Puck won’t just be a character in the ride. Guests will see him in (and outside) of the park. SeaWorld will also have a meet and greet with the costumed character Puck, as well.

Meet Puck in the latest Behind the Freeze video from SeaWorld:

Although Antarctica will only have four species of Penguins, SeaWorld recognizes there are various species around the world through carvings within the area. The realm of Antarctica will focus on families, but not just human families. Penguins live and survive in colonies, so as you and your family experience Antarctica, you’re not just one Penguin: think of yourself as a colony of Penguins. 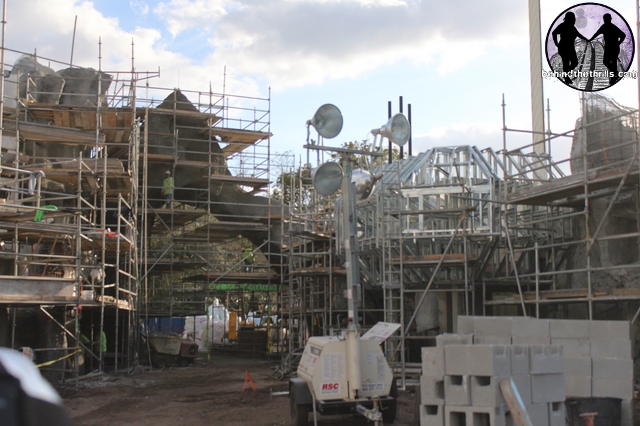 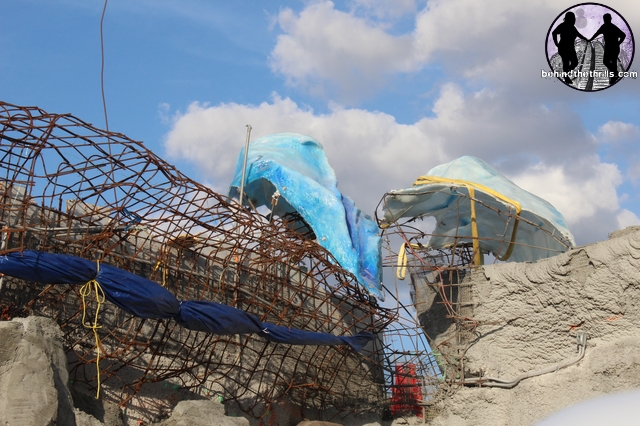 While much of the work looks very unfinished, most of the interior work had to be done first, which leaves a lot of exterior work to be done. Antarctica is rapidly moving along and is right on schedule. During today’s event, SeaWorld also announced an official opening date: Friday, May 24, 2013 – Just in time for Memorial Day weekend.

Check out even more photos from today’s construction tour:

Antarctica: Empire of the Penguin will open on Friday, May 24, 2013. For more information about SeaWorld, visit the official website.