With less than a week to go until the Cajun food starts cooking, the beads start flying and the music starts playing, Universal Studios Florida is putting on the final touches as they get ready for Mardi Gras! Construction is also in full swing on several projects, including Transformers, The area surrounding The Simpsons, and of course the former Amity site. We take a look around the park and see what’s happening! 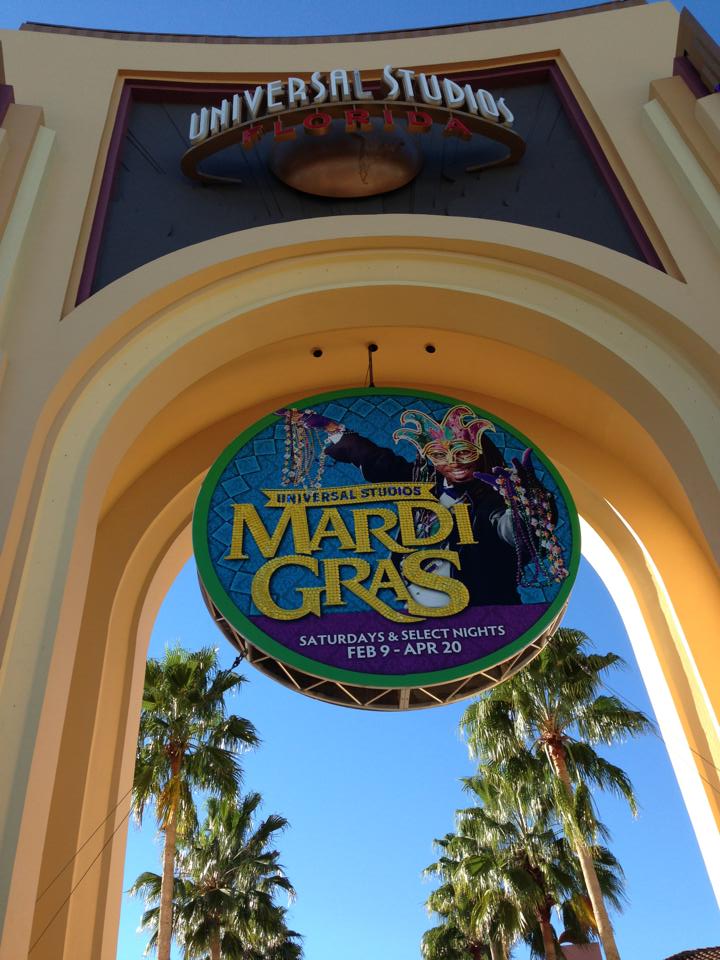 It’s Mardi Gras time again! Universal Studios will kick off the annual Mardi Gras party on February 9th! The front gate is all set up for the huge festivities, as the park introduces the most diverse group of performers, all new floats in the parade and even more! 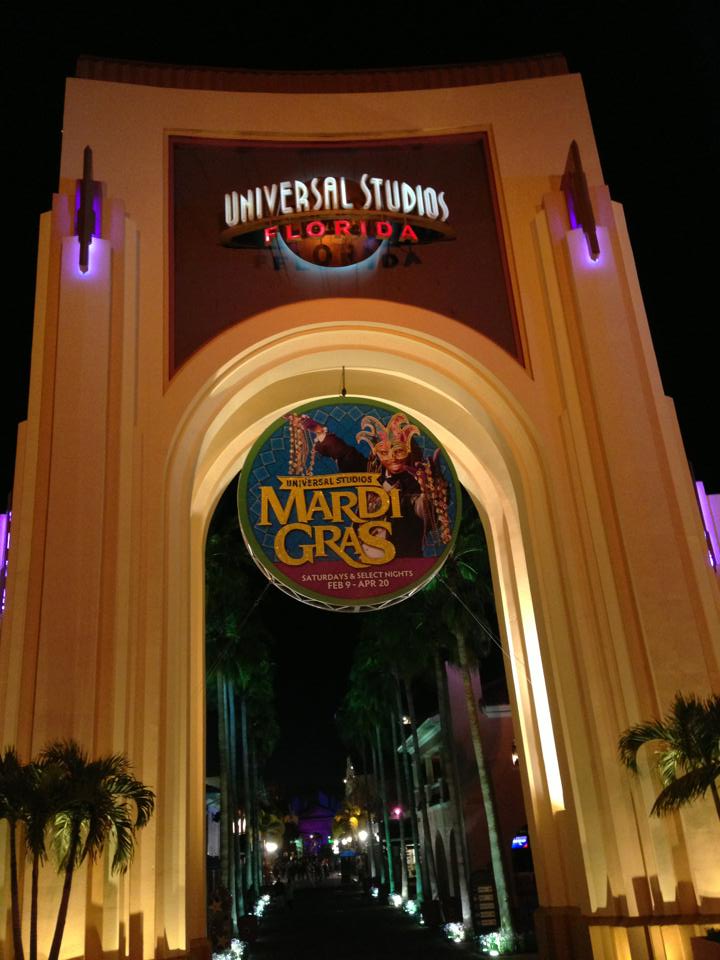 Mardi Gras is included with your daily admission to Universal Studios Florida, and will be happening until April. 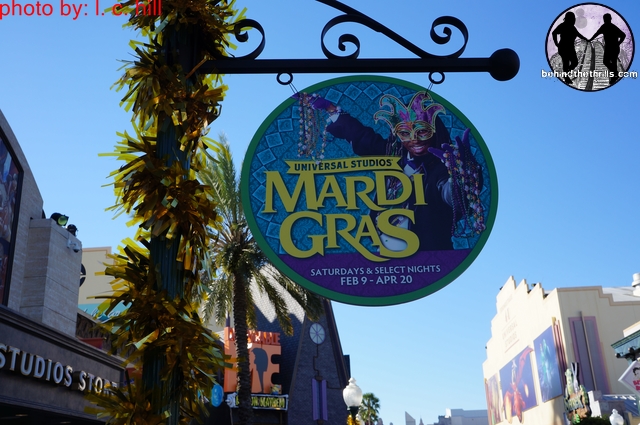 Inside the park decorations are going up all over parade route, and throughout the park. Because of the amount of construction, the areas usually set up for Mardi Gras have been moved. It’s not going to affect the amount of booths, or the event, but it will just make things move to a different place than normal.

Check out this video of construction around the park: 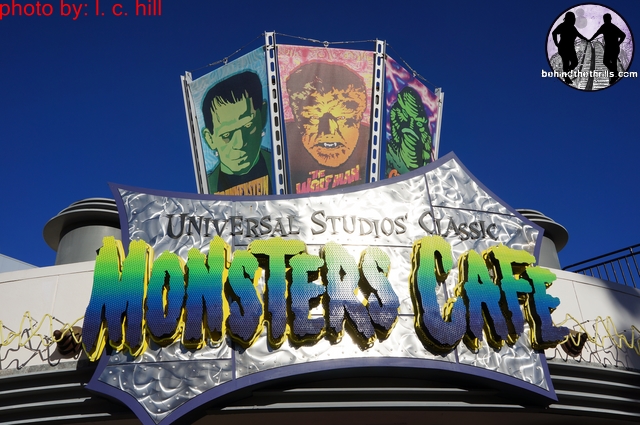 Monsters Cafe is rumored to be closing at the end of Mardi Gras in order to transform the restaurant into a huge Transformers gift shop/restaurant. That is merely a rumor, and if they were going to be doing that in time for the grand opening of Transformers (let alone the busy summer season) the cafe would have already closed by now, or one would think. 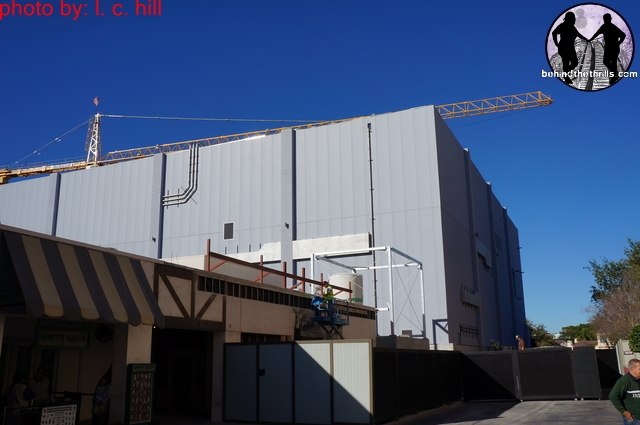 Speaking of Transformers, the ride building is nearly complete, with only cosmetic touches being needed on the outside. We are hearing that the ride will open around the first part of July. 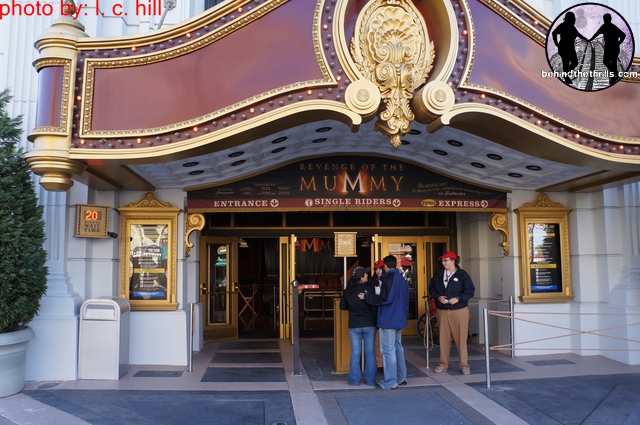 Revenge of the Mummy’s entrance has been pushed back and reworked so that it is flush against the building. It used to be out on the streets. 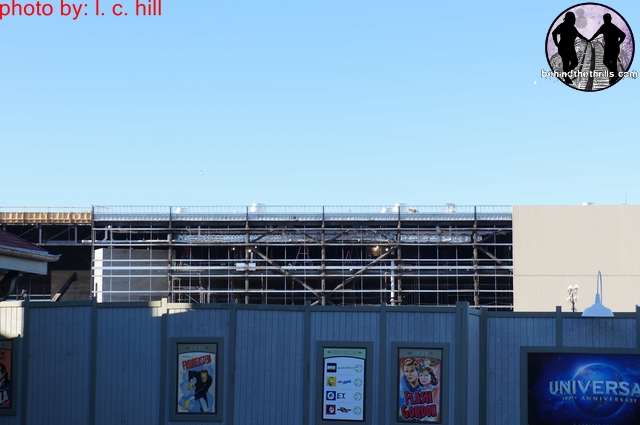 Meanwhile the outside of the huge building in the former Amity section continues to come along. No official word on what the building will house, but coaster track is visible from the outside. It’s rumored to be a Gringott’s Bank themed coaster as part of the Wizarding World of Harry Potter expansion. Again, no official word from Universal…and until it’s officially named, it isn’t..official. 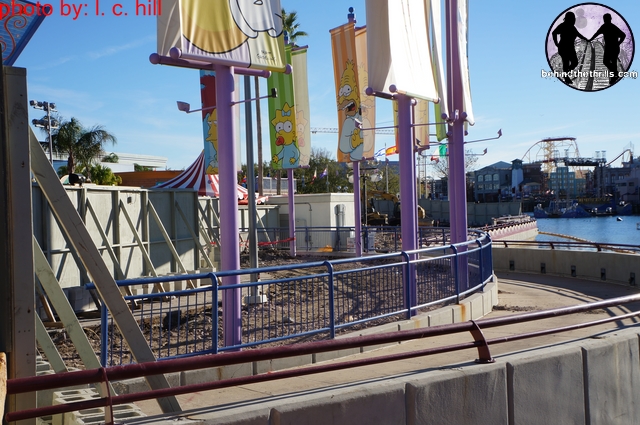 Over near the Simpsons Ride work is sill being done as new walls are set up. Rumor is that this will be a flat ride themed to one of the Simpsons Characters. The entire area is getting a “Springfield” make over, with Moe’s Tavern and Krusty Burger being rumored to setting up soon.

More construction and pics from around the park:

Mardi Gras will officially kick off Saturday Feb. 9th, and will run select nights at Universal Studios Florida. Be sure to keep checking back for more updates as we cover them live this weekend!

TAG2013 Attractions Mardi Gras Springfield Transformers The Ride Universal Studios Florida Wizarding World of Harry Potter Diagon Alley
Previous PostSplash Mountain readies for opening at Magic Kingdom, and a look around Art of Animation Next PostOffsite-Warm Bodies is another step in the evolution of zombies...and it doesn't suck!