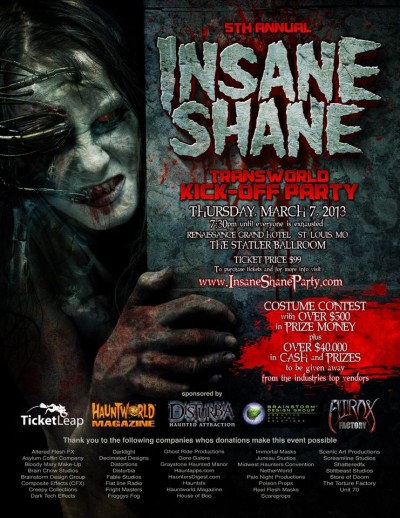 Kick-off the 2013 Halloween and Attractions Show with a bang! It’s almost time for the 5th annual Insane Shane Party! If you’re going to the 2013 HAA Show in St. Louis, MO on March 7 2013, this is the MUST ATTEND party! The Insane Shane Party is the Grammy’s of the Haunt industry. The party features a catered dinner, cash bar (alcoholic & non-alcoholic), slideshows, dancing, celebrity meet-and-greets, a costume contest with over $500 in prize money, and over 40 THOUSAND DOLLARS in cash and prizes!

Numerous horror icons, celebrities, and TV show stars coming to Transworld’s HAA Show will be at this event.

Meet and chat with these stars + more!:

Tickets are $99.00 and can be purchased at www.insaneshaneparty.com. It’s the hottest ticket in town!

We talked with Shane about the upcoming party. Below is the full interview with video. 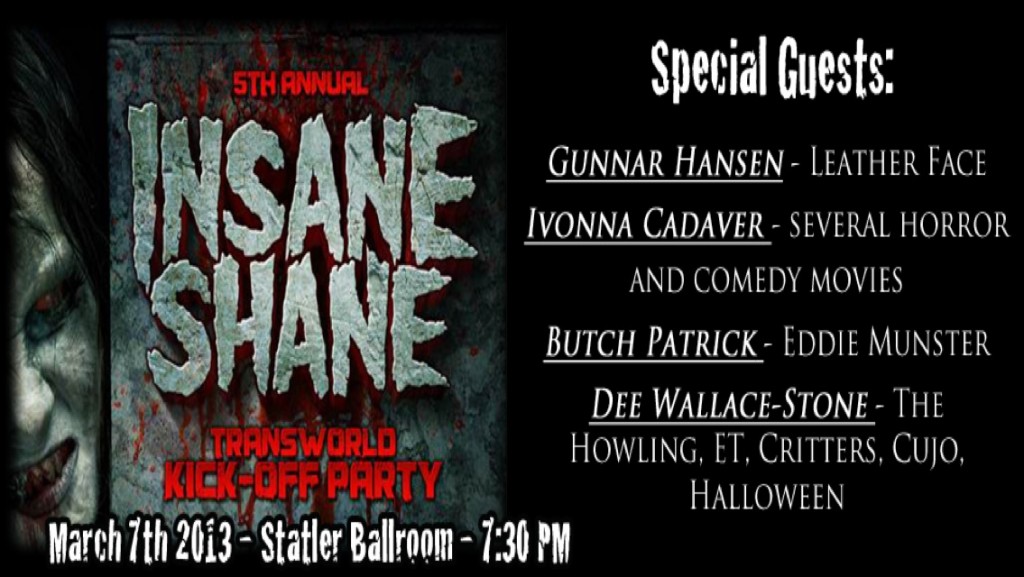 Be sure to check out our exclusive 2013 Transworld HAA Show PRINTABLE GUIDED SCHEDULE here!