The newest entry in the Aquatica chain is opening very soon, but just how soon? Aquatica San Diego has just announced a definitive opening date. To go along with the exciting news, the park has also released information about their slides, and signature animal attractions. If that wasn’t enough, they have also launched an official Facebook page. Aquatica San Diego has so much to do, and so little time! 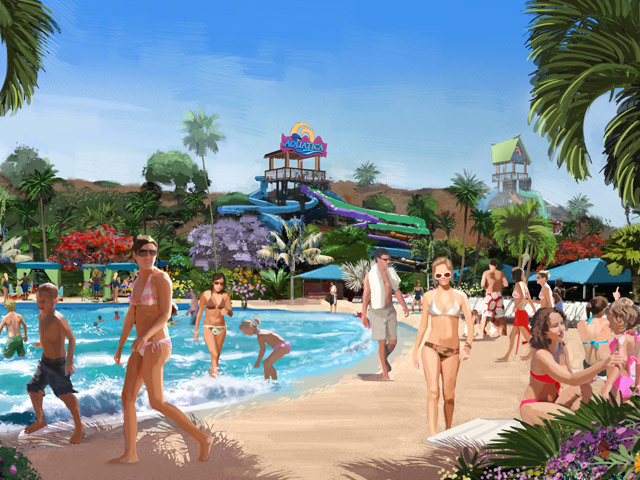 The park has made waves in announcing the official opening date for the newest entry in the Aquatica chain. The park will officially open June 1st, 2013 in San Diego just in time for the busy summer season. Guests will be able to take in all the new slides, and walk along the sandy beach all summer long. 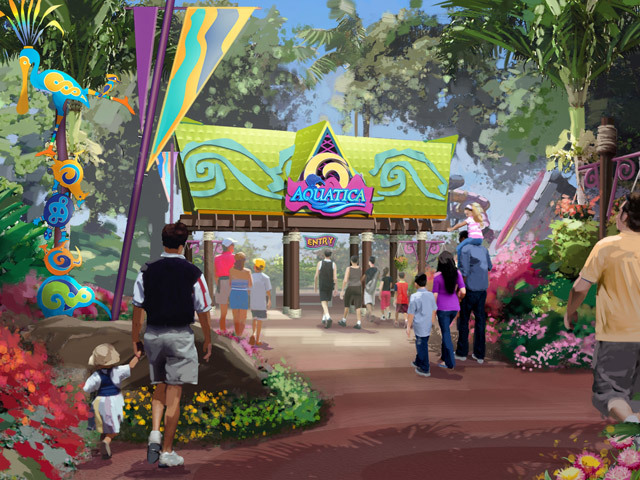 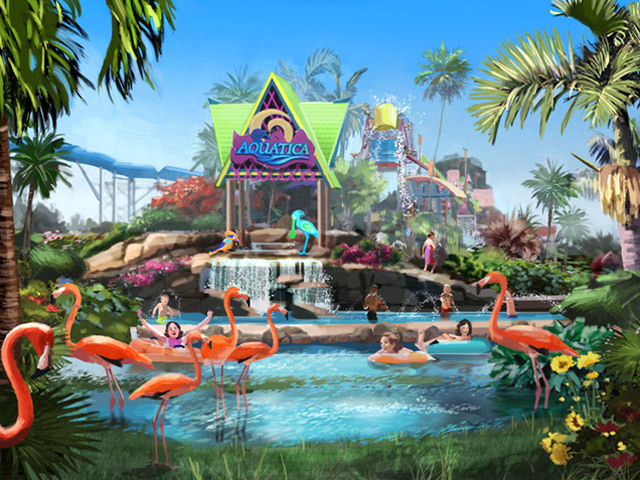 The park has also confirmed that the signature animal attraction will be Loggerhead Lane. Loggerhead Lane is a staple in the other parks, as it’s a very slow moving and relaxing lazy river. This version will be slightly different as guests will be able to drift by colorful flamingos wading in the water.

This is a huge departure from the other two Aquatica parks which feature marine life in their signature attractions. Aquatica Orlando features Dolphin Plunge, where guests go through the habitat of Commerson’s Dolphins while Aquatica Texas takes guests through Stingray Falls, and get’s them up close and personal with stingrays. 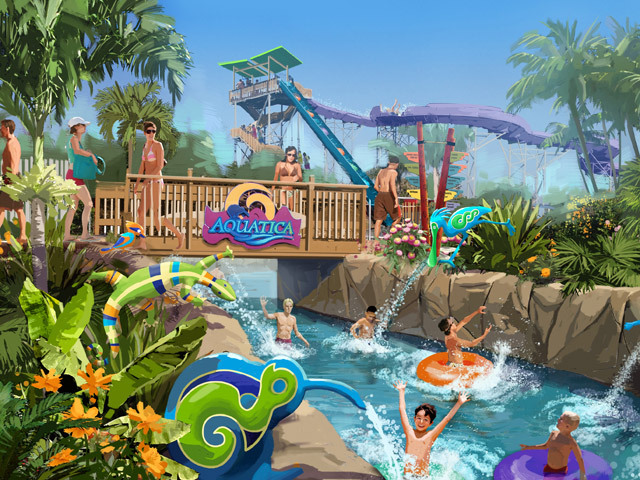 The other signature animal attraction will be a freshwater turtle habitat where guests will be able to see turtles from above and below in a special underwater viewing area. This is yet another attraction unique to Aquatica San Diego. 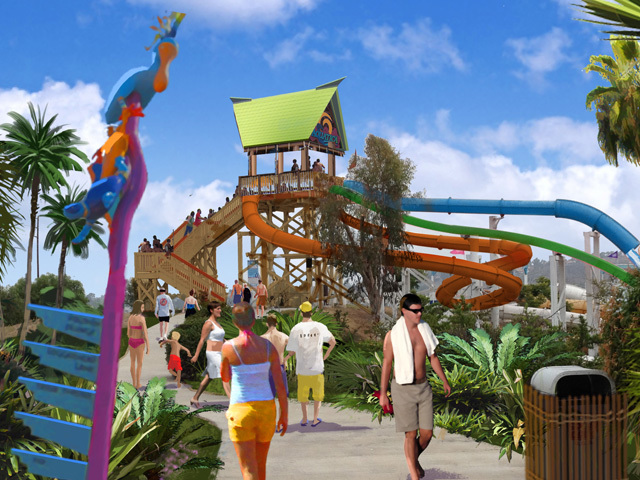 Staff has been very busy getting the park ready, and converting it from Soak City to the signature Australian style of Aquatica. This includes not only installing all new slides and attractions, but reforming, redoing and repainting a lot of the older attractions from Soak City.

Here’s a complete list of attractions from Aquatica San Diego:

Of course there will also be cabana rentals available, as well as gift shops, food carts and more. Speaking of more, the park has launched their official Facebook Page(click here)!

You’ll want to keep your eyes to the official Facebook page for insider information, pictures and videos. If the other Aquatica parks are any indication, you can also expect to possibly see contests and ticket giveaways. So be sure to follow them on Facebook!

For more information about Aquatica San Diego, including tickets, visit the official website by clicking here!