Florida lawmakers are proposing a bill that will give local school districts the power to choose when they return to school. The measure is an effort to sync high schools and college dates closer together in order to help high school students in dual enrollment classes. The decision, however has industry analysts worried that it could adversely effect the travel industry, more directly, the huge theme park industry lead mainly by Disney.

Under laws passed in 2007, Florida schools cannot start the new year any earlier than two weeks before Labor Day. The law was championed by tourism industry lobbyists. The new law would over turn that decision and give the power of decision back to the school districts.
School districts are arguing that by starting only two weeks before Labor Day, and not earlier, students are missing college semester start dates. In certain counties in Florida high school students can enter “dual enrollment” in high school and college. The students then finish out their high school careers while earning college credits.
The new law will give local school districts to start school as early as tbe first part of August. This new law has members of the tourism industry seeing red, especially Disney, as they believe schools starting earlier will mean less Florida residents taking vacations. Statiscally Floridians vacation just before school starts.
Many other states do not go back to school until after Labor Day for that very reason. In fact, Virginia has the “Kings Dominion” law that keeps schools closed until after the holiday. While it may sound like another case of corporate greed, keep in mind that Florida’s main industry is toruism. Tourism in Florida brings in over $63 billion annually, and makes it the most visited destination in the world. Orlando recently beat out New York as the number one tourist city in the world. The steady increase in tourism has a trickle down effect with the restaurant and hotel industry increasing as the influx of visitors continue.
So what kind of adverse effect could ending summer vacation early have? The biggest would be in the workforce. The majority of tourist destinations employ students on a seasonal basis. Making the students go back to school would deplete the workforce right at the peak of the season. The other effects would be a decrease in local tourism as most families tend to stay home the weeks before school in favor of back to school shopping and preparing for the school year. The move could also prevent other attractions from moving to the state in favor of another destination that has a longer summer season. 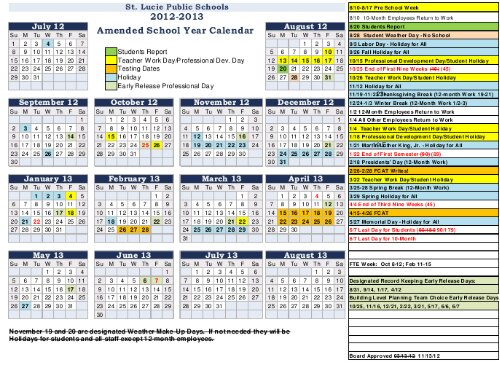 Many critics of the plan call for a reduction in the amount of breaks and days off. St. Lucie County, one of the counties at the center of the debate, averages 2 days off a month due to teacher work days and school holidays. The school district also averages 3 week long breaks throughout the school year. Thanksgiving, Winter break and spring break each give students and teachers a week away from school.
Several of the school districts also reported a slip in overall performance grades since 2007, when the current law took effect.
Should the economy or education take priority in Florida? What do you think?
Let us know in the comments below!