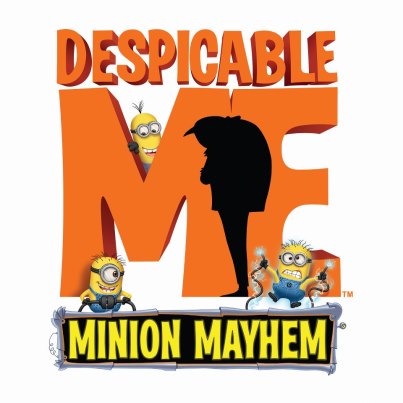 “Based on the consumer feedback at our sister park, we expect the ‘Despicable Me’ ride experience to be a popular, family-friendly attraction for Universal Studios Hollywood.  The ride continues the story line of the main characters from the blockbuster film through all-new 3D Ultra-HD animation, together with an interactive ride vehicle system,” said Larry Kurzweil, President and Chief Operating Officer, Universal Studios Hollywood.  “In ‘Despicable Me Minion Mayhem,’ our guests will experience the hilarious and heartwarming characters of the beloved film in a whole new way.”

Here’s what guests in Hollywood can expect

The ride is a 3D simulator that puts guests into the training that a minion goes through in order to become a minion. That, however, is only part of the attraction. Guests must first venture through Gru’s house and undergo a series of tests to make sure they have what it takes.

While the ride itself is sure to be an exact duplicate of the ride in Orlando, what isn’t clear is how much of a copy the rest of the attraction will be. The area that Minion Mayhem will take up is much larger than it’s Florida counterpart. This leads many to believe that in addition to the amazingly themed queue there will also be a huge play area for the smaller minions to play in. Universal has confirmed that guests will walk through Gru’s house, and will be transported to the world of Despicable Me, with a huge minion dance party after the ride.

The biggest surprise comes with the fact that the ride will not be opening until 2014, meaning that either the park is taking their sweet time or there have been some unforeseen problems with the area that the ride will be in. In 2012 Universal Studios Hollywood opened Transformers:The Ride. Universal Orlando began demolition work for their own version of Transformers in June of 2012, and has completely rebuilt the building, with the attraction expected to open this Summer.