Construction at Universal Orlando continues as Mardi Gras winds down

The biggest bash this side of the bayou is coming to a thunderous crashing halt this weekend as Mardi Gras at Universal Studios Florida will end with the All American Rejects performing on Saturday. While the frenzy of flying beads, and delicious Cajun food is coming to a close, there is still plenty to be excited about as the construction on several new projects continues at a blinding pace. With walls coming down all over the park, and metal rising up, you can bet it’s going to be an amazing summer where you can “vacation like you mean it”. 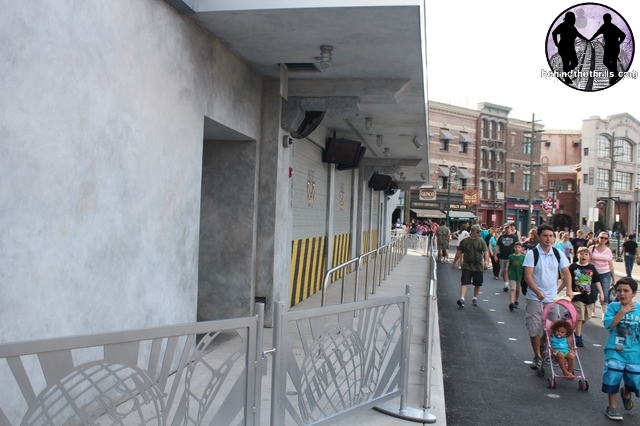 With the majority of the work done on the exterior of the building, the walls are completely down around Transformers, revealing a few more details around the building. The ride will be a 3D based motion simulator, much like the Amazing Adventures of Spider Man at Islands of Adventure. 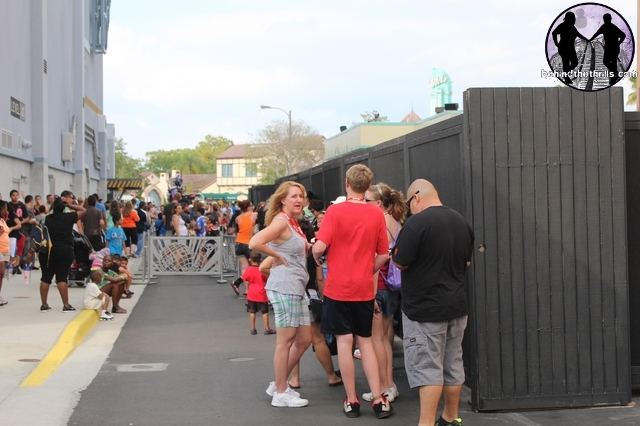 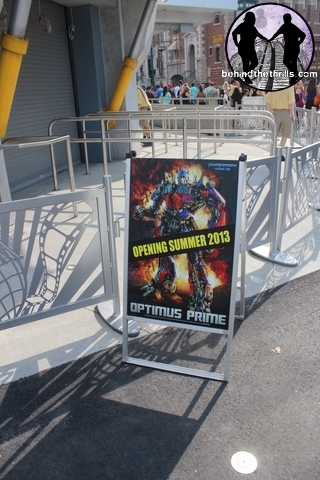 Signs teasing the attraction have gone up along the pathway indicating that Summer 2013 will be the main date. Right at the ride entrance, employees are staffed asking questions. When we asked about a specific date, we were told June 21st for a grand opening. Of course that’s not an official date, so take it with a grain of salt. The attraction sign is not installed, though rumor says it will be huge and have a ome special features once it’s installed. 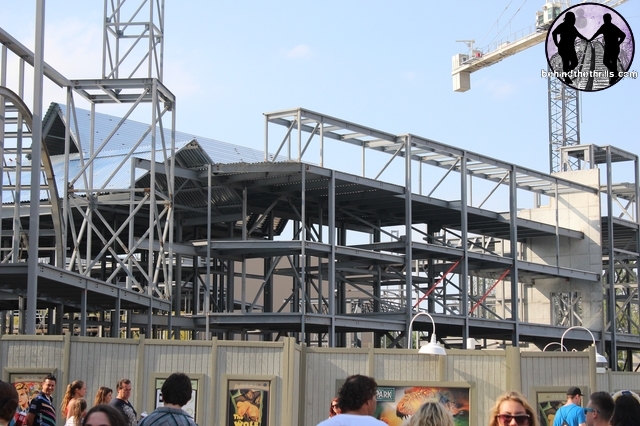 Over in the former Amity area the skeletal steel shells are starting to come to life as roofs and sides start to fill in the empty places. While it hasn’t been confirmed, it’s rumored that this will be the London side of The Wizarding World, with landmarks from both London and the Harry Potter books. 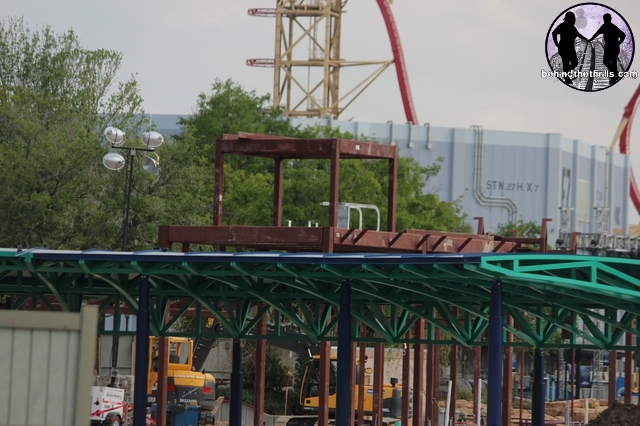 Over across the lagoon work continues around The Simpsons ride area. Steel is rising into the air for what many are saying will be “Duff Gardens”. Duff Gardens is the fictional theme park from the TV show and features parodies of popular theme park rides. So, if rumors are true there will truly be a theme park within a theme park.

Check out more from around Universal Orlando:

The big question is when will Universal roll back the curtain on all of these construction projects? If you look at the history, Universal likes to wait until major events are over. The park wants all attention on what is happening at the moment, and justifiably so. If the park follows that history, we could possibly see an announcement later this week or next week as Mardi Gras winds down Saturday. Again, it’s not set in stone and is just pure speculation on our part.
For more information, including tickets, visit the official website by clicking here!