NBCUniversal announced on Tuesday that they recieved the needed votes to go ahead with a 25 year, $1.6 billion dollar expansion called the NBC Evolution. The first order of expansion is the West Coast version of the Wizarding World of Harry Potter. While the plans to expand had been announced for quite some time, no major work had been done. Universal Hollywood announced in a statement not only when construction will start, but also where. 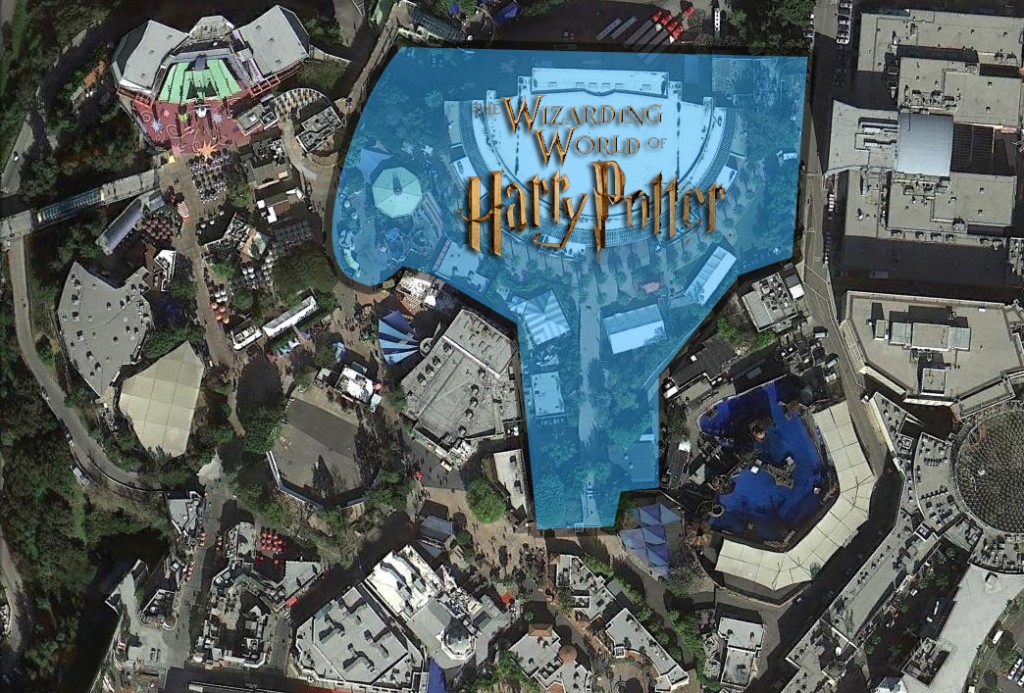 At the end of the summer Universal Studios Hollywood will be closing tbe Gibson Amphitheatre and the Curious George attraction in order to make room for the iconic Hogwarts Castle and village of Hogsmeade.

“We thank Los Angeles County Supervisor Zev Yaroslavsky, the entire Board of Supervisors, and County staff for providing us the path to bring much needed jobs and investment to Los Angeles,” said Corinne Verdery, Chief Real Estate Development and Planning Officer, NBCUniversal. “The working relationship we have built with the community was invaluable in developing our future plan and we are grateful to our nearly 7,500 supporters and union partners who have been with us every step of the way.  We look forward to bringing The Wizarding World of Harry Potter to Hollywood, forever changing the face of tourism in Los Angeles.”

The previously announced time table for the attraction was an opening of 2015. While the year and half schedule might seem like an impossibility, Universal Orlando is proving that a tight deadline can be met with the opening of their version of Transformers:the ride.  That attraction will sit on the site of the previously empty soundstage 44. Demolition on the site started in summer of 2012, and rumors have it opening in late May of 2013.
Similarly, the park closed the JAWS Ride in January of 2012, and the as of now unnamed area, is rumored to be opened in 2014. Coincidentally the area is rumored to be an expansion of the Wizarding World of Harry Potter.

The current investment of the Wizarding World of Harry Potter as well as the expansion of the studio facilities at Universal Studios Hollywood represents about a 500 million dollar investment. The West Coast version of The Wizarding World of Harry Potter will contain Hogwarts castle, the village Hogsmeade, and of course butter beer. Hogwarts castle will be the home of Harry Potter and The Forbidden Journey, the state-of-the-art attraction is already housed in Orlando. Next year visitors to the park we will be able to ride along with Gru and the minions of Despicable Me.

Stay tuned for the latest information as we learn it.

For more information about Universal Studios Hollywood including tickets visit the official website by clicking here!