Dinosaurs Alive features more than 65 life-size, animatronic dinosaurs that move and roar, which takes guests back to the age of dinosaurs. Guests encounter dinosaurs, big and small within the attraction.

Coming into it’s third season of operation, Kings Island has added a few new Dinosaurs to Dinosaurs Alive. First up is the world’s largest animatronic dinosaur: the Sauroposeidon. The Sauroposeidon is estimated to be between 112 to 118 feet in length and stand at 56 feel tall. It is also estimated to weigh between 50 and 60 tons. 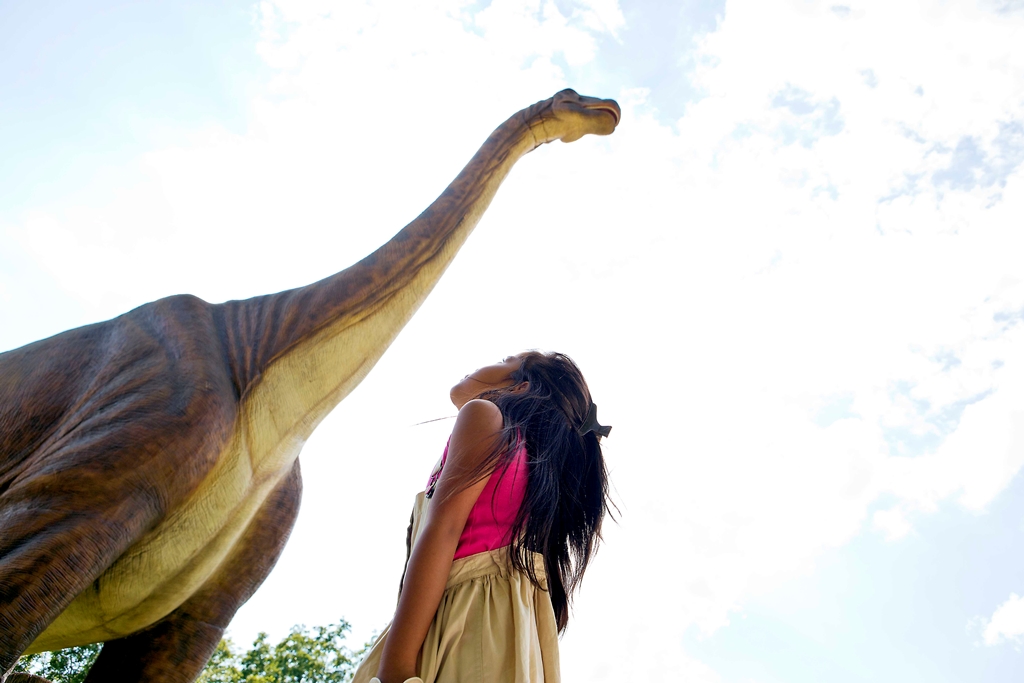 Crafting, shipping, and buhilding the animatronic was quite a challenge because of it’s sheer size. The dinosaur arrived on Monday in four shipping containers and will take a crew of 12 people two weeks to assemble.

Also new to Dinosaurs Alive is an area where guests will find a pack of Albertosaurus. The scene will allow the guests to explore the idea that carnivorous theropods may have been social creatures. Paleontologists believe these dinosaurs may have hunted in packs of all ages.

Kings Island will open for the 2013 on April 27th. For more information, or to purchase tickets to Kings Island, visit the official website.