Zombies have been sweeping the nation with everything from Zombie Walks, to Zombie Mud Run’s to television with tv shows such as A&E’s Walking Dead, SyFy’s Face Off, and as of late, The Bates Motel. To keep the zombie craze going, Amazon is twisting 2009’s hit movie Zombieland into a weekly television series. The show will feature the same characters as the movie, but none of the original cast will be returning. Kirk Ward will play as Tallahassee (originally Woody Harrelson). Maiara Walsh will be cast as Wichita (Emma Stone), Tyler Ross will act as Columbus (Jesse Eisnberg), and Izabela Vidovic will portray Little Rock (Abigail Breslin).

Something that may make this television series stand out is quite a few of the people who worked on the movie will also be working on the show. The original movies writers Rhett Reese and Paul Wernick will both be working on the show as well as the movies producer Gavin Polone. The new show will be directed by Eli Craig.

“Zombieland will strive to break the rules. Action, adventure, thrills, chills, and laughs will all be packed into a half hour format.”

Right now the show is still in Pilot form, meaning the final details are still up in the air.The way Amazon is approaching this series is; They will have seven comedy pilots including Zombieland, and six pilots for children’s shows. Then they will make all thirteen pilots available to watch on Prime Instant Video and Lovefilm UK. After you’ve watched the pilots, you will be able to review them. Amazon will choose the best rated pilots to give a full season series to.

Below is the first image from the show, which offers the first look at the new Columbus (Tyler Ross), Tallahassee (Kirk Ward), Wichita (Maiara Walsh), and Little Rock (Izabela Vidovic). 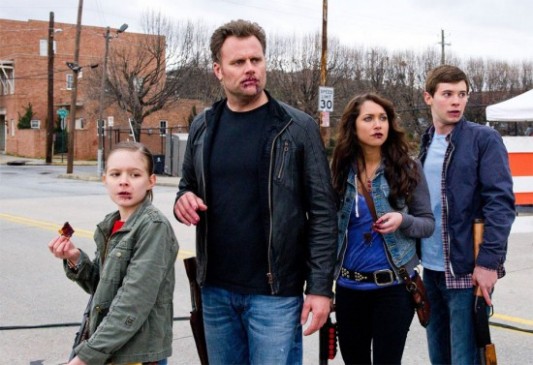 A new poster has been revealed for the series showing off the new cast. 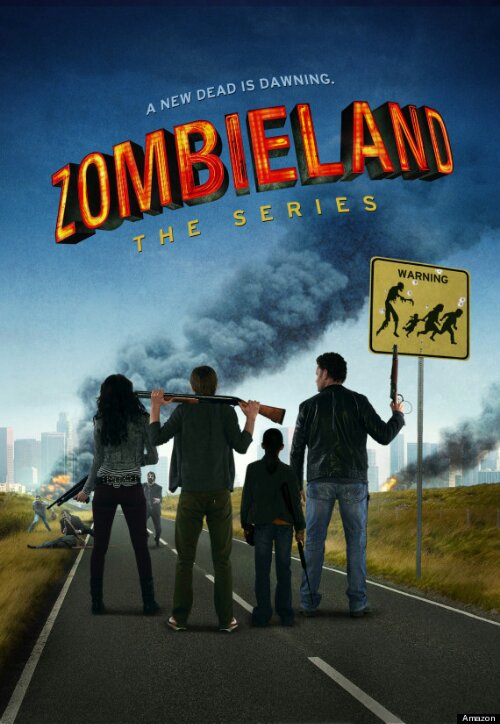 Zombieland is a huge fan favorite and we can’t wait to see where this storyline goes!

Do you think the show can live up to the original film? Let us know in the comments below or on our socials!