The Walking Dead Escape made it’s debut in 2012 at Comic Con in San Diego. The event was so popular that the event has grown quite a bit. The event will still be taking place in San Diego this year, but it has also spread to Philadelphia. On April 21, 2013, the Wells Fargo Center will be transformed into a post-apocalypse world where you will have to run for your life to avoid becoming infected. 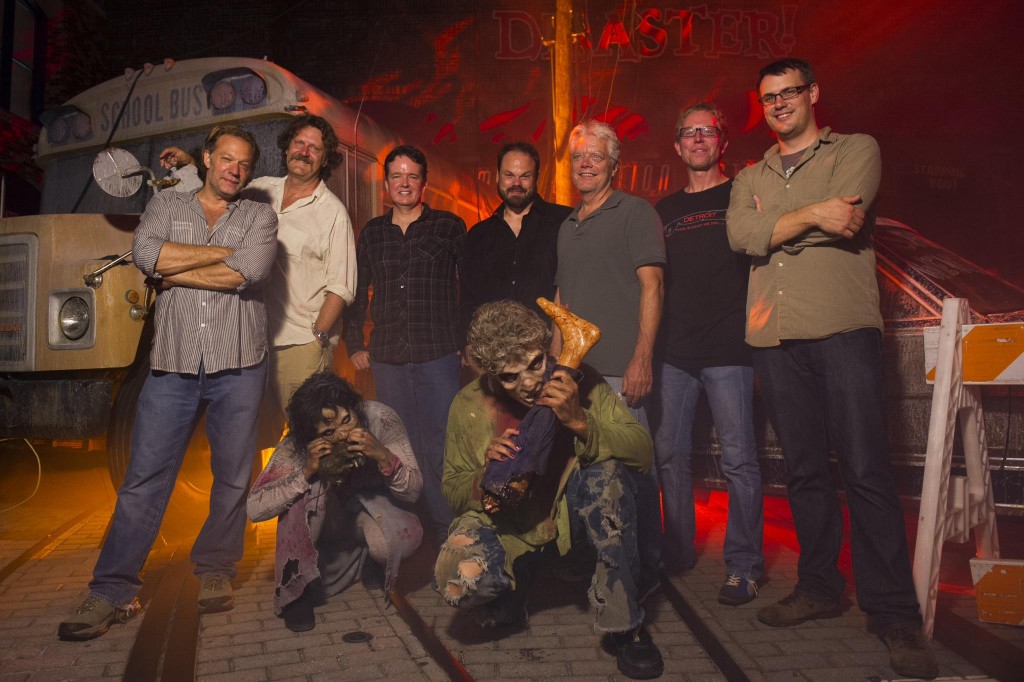 The Walking Dead Escape: Philadelphia made a huge announcement this morning. They have partnered with KNB EFX Group, a make up effects group, which is lead by Greg Nicotero. If you’re a fan of AMC’s The Walking Dead, you probably already know who he is. Nicotero is the Executive Producer and Director of AMC’s The Walking Dead. Nicotero has also been involved in special effects of other TV shows and movies including: Oz The Great and Powerful, Sin City, Kill Bill, Transformers 1-3, Pulp Fiction, and more.

“We couldn’t be more pleased to have Greg’s KNB EFX team on board once again for The Walking Dead Escape, this time in South Philly at the Wells Fargo Center,” said event producer Liam Brenner. “People who sign up to be Walkers will have the opportunity to be completely transformed into zombies by make-up artists who have learned directly from the leader in the Special Make-up Effects industry. It’s really a chance of a lifetime!”

KNB EFX, founded in 1988, have become one of the most prolific special effects make up studios in Hollywood. Nicotero and his make up team provided zombie transformations during last year’s The Walking Dead Escape: San Diego. This year, Philadelphia participants will take one look at the zombies and know they are in for an experience like no other.

The Walking Dead Escape: Philadelphia offers three different ways for participants to take part of the event. They can either be a Survivor: where they race for their lives to run from the undead, a Walker: where they will be transformed into the undead by KNB EFX’s make up team and try to infect as many survivors as possible, or a Spectator: who will watch from the sidelines.