Medieval Times to go from dining to the big screen

We have seen movies based on books, television shows, plays, video games, songs, theme park rides, theme park shows, toys, and even board games. There have been cartoons that were turned into live action films, remakes, reboots and retreads. However, if the operators at a popular dining chain have their way, audiences could very well see Medieval Times: the movie. 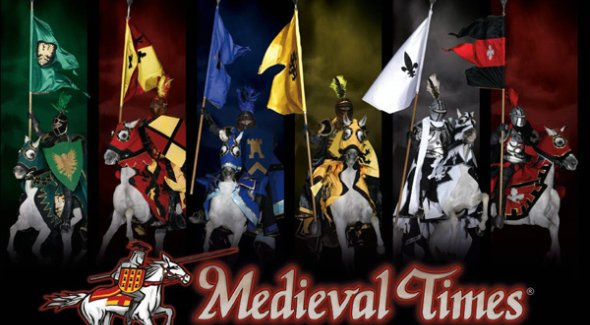 The themed restaurant chain is in early talks to get the big screen treatment, according to Deadline. Benderspink and Broken Road productions have secured the film rights to restaurant chain that has guests eat with their fingers, and while watching jousts, sword fights and wizards. While no storyline has been announced for the film, you have to wonder just how many of the features of the restaurant will be featured in the film. While it’s certainly an odd choice, you can make anything a great movie, if you have the right script and actors attached.

Pirates of the Caribbean was one of the most popular rides at the Disney parks, and with just subtle nods to the ride it became a huge hit, and actually change the face of the ride forever. Now the films are more popular than the ride, and the ride itself is now a movie tie-in, instead of the film being a ride tie-in.

Out of the nine locations around the nation, the Orlando location is arguably the most well known of them all, however, there is little difference in the shows from all of the locations. The show features horsemanship, falconry, jousting, and sword fighting. Tons of great elements to make a fun movie out of.

Still, if you want to see the excitement, the best way to do it is to actually see the show in person. Eat with your hands and cheer on your knight to victory as they battle through a series of quests and plots worthy of royalty. Hopefully the film will come to fruition and will be a huge success, allowing Medieval Times to expand and do some great movie tie-ins.

For more information about the show, including tickets, visit the official Medieval Times website by clicking here!