Offsite:Learning a lesson at the hands of the Mandarin in Iron Man 3 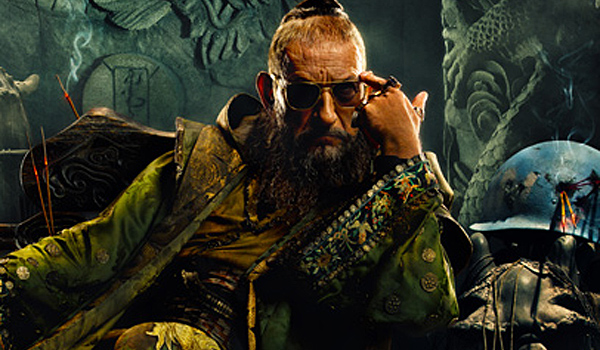 I am a comic book kid. Let’s get that out in the open. Unlike many theme park writers, or reviewers…I’ve spent many hours pouring over the pages of countless comic books, both as a kid and as an adult. The stories are fantastically out of any reality that you could imagine, which is why so many people love them. When you translate comic books to film, there’s a huge amount of sacrifices that need to be made in character and plotlines, or the film will just seem more ridiculous than audiences can take. Sure, audiences can suspend belief to an extent, but when it comes to completely abandoning belief, audiences just can’t do it. When a film goes down that path, it’s going to turn off more people than it turns on. So it’s been with the Marvel films through the Avengers. Sure, they’ve gone down crazy paths…but they’ve managed to walk that line and keep audiences interested. Now comes Iron Man 3.

To review this film I’ve got to break it up into two parts….a review…what you want to hear…and then a geeked out, spoiler filled rant. Don’t worry, I’ll let you know when we get there so you can tune out.

So Iron Man 3 picks up right where the Avengers leave off. Tony Stark has witnessed the events of New York and is having a hard time dealing with it. He also is afraid of what could happen, after all, he survived The Avengers…but only just. He’s having a hard time sleeping, he’s obsessing over his suits, he’s ignoring Pepper Potts-the one person he can’t stand to lose. He’s a hot mess.

The film goes through the motions that you’d expect, with some amazing action sequences and really great witty dialogue from everyone. Director Shane Black takes the reigns from Jon Favreau and puts some of his trademark action movie pepper on it. All of the actors do their part, they have fun, and you can tell they have fun. Even Ben Kingsley’s sinister Mandarin, is having a ball with the work.

The story is quick and fun, and moves along faster than Iron Man 2 did. There are several reference to The Avengers, and for that reason..it feels that the Marvel universe is moving on past those films, past that first “Phase One” of films and heading towards “Phase Two”. While the tone of the actors definitely seem more relaxed and playful, as real people who grown used to seeing huge mechanized suits, aliens and monsters, the overall tone and story of the film goes deeper and darker.

Tony Stark is wrestling with his demons, demons that he’s created. He’s wrestling with Iron Man, and the fact that maybe he isn’t Iron Man anymore…but just the guy who goes in the suit. We see more of Tony’s personality traits, and flaws, and what going through a terrible event like a massive alien invasion can do to someone who’s been thrust into the role of being the protector of the earth. It’s heart wrenching, and Robert Downey Jr. gets lost in the role, he is Tony Stark…we see him wrestling with not only his own personal demons, but also the role. Is he still Robert Downey Jr. or is he now Iron Man?

For die hard fans of the comic series, there are a few twists and turns that will leave them…well…pissed. We are introduced to the Mandarin, but the real story is “Extremis”. It was a series in the comics that saw a biological serum that turned people into super soldiers that could regenerate not only lives, but limbs and were of course impervious to harm. It takes some liberties with the story, as all comic movies do, but it’s fairly accurate.

This film is going to leave people torn in the series. The comic fans are likely to hate it, but the fans who jumped on the bandwagon after Iron Man 2 and Avengers will most likely love it. Do yourself a favor though…stop reading reviews, stop watching trailers and just go in knowing there’s another Iron Man film and enjoy it.

I keep getting asked about 2D vs. 3D, and really depends on the film. Will you miss anything if you go 2D vs. 3D on this one? Yeah…you’ll miss depth and clarity, but it’s nothing really life changing. If you’re like me, and on a budget then 2D works just fine, but if you can spring for it…3D is worth it.

As in every Marvel film to date, you do get to see the Generalisimo (Stan Lee) in a funny bit part, and you need to stay until the credits….this one kind of links the Avengers together, and changes the tone of the film from what you think.

Now if you haven’t seen the film…the reviews over….

I am going to ruin the movie for you

So you’ve seen the film, you know what happened, you know the big twist? Right? If you haven’t I’ll give you one last chance to leave.

The Mandarin is considered by many to be Iron Man’s greatest foe. He is Tony Stark’s Joker, to Bruce Wayne’s Batman. He’s maniacal, ruthless and connected. In some stories he’s Asian, in other stories he’s a highly educated business man who denounced his nation and is hell bent on destruction. When Iron Man 3 starts, and we meet the Mandarin, he’s a terrorist like Osama Bin Laden. We can accept that!

The Manadarin is no one to screw with, and while his face is new to the movie series, his presence has been felt ever since the first movie. The organization that kidnaps Tony in the first film is “The Ten Rings”, the organization that gives Whiplash his freedom in the second movie (while never identified) is suspected to be The Ten Rings. In the third film, we see the symbol of the Mandarin is the same as way back in the first. The Ten Rings…and even the Mandarin wears…you guessed it. Ten Rings.

So let’s take a step back. In the comics The Mandarin wears Ten Rings, which are actually the power source of an alien ship that crashes on earth which he finds. This is real life, and in a Marvel movie that’s not happening. So, the rings are more symbolic than anything. And they also have symbols. Keep this in mind.

Like any good geek I was extremely pissed off when The Mandarin is merely a smokescreen. I mean, really? We are given lava men instead of Tony Stark’s greatest nemesis? It was a shock when I saw it, I kept saying “this is so fucking lame”….and it didn’t make anything better.

We are in a world where Marvel is setting up larger things, not really dwelling on the fan base or caring. They move Stark past his dependency on Iron Man, and have to get him back in fighting shape for the next outing-The Avengers 2. While that’s well and good, do we really have to skip over the greatest enemy of Iron Man? Couldn’t we spend some time on him?

Robert Downey Jr. is done with Iron Man after Avengers 2, so to make a huge story arc with The Mandarin seems like a waste of time. Maybe, just maybe, The Mandarin isn’t done yet. Think about this, when there was no one around, Killian still called the Mandarin “master”. Why? When Trevor comes out of the bathroom, and tells everyone what he knows, there’s a look of satisfaction on his face…like he gets away with something. When Killian questions him about what he told Stark and Rhodes, we assume that he means he told everything about the Vice President. But he still has that look of quiet satisfaction. Another question-Where did the scientists get the money to start Extremis? Sure they had government contracts, but how did they get to that level?

While it depends on the box office results on whether or not Disney is going to greenlight Iron Man 4, it’s very possible that we could see The Mandarin return. What if the Mandarin was playing everyone? After all, the money still had to come from somewhere. Killian would make the perfect scapegoat when things went bad, and Trevor…or The Mandarin…whatever you call him, could go all Keyser Soze on everyone and just disappear. What kind of gut punch would that be for Tony to know that he had the Mandarin in his grasp all those years ago, but let him escape! He’s caught off guard.

Then again, The Mandarin being in this film could just be the studio’s way of trying to appease the fans.

Regardless, we get Thor:Dark World in a few months, and Captain 2 as well as Guardians of the Galaxy next year! It’s exciting times to be a geek, if only they wouldn’t screw it all up!

TAGiron man Offsite Movies
Previous PostSeaWorld gets "Behind the Freeze" of Antarctica with all new webisodes and website! Next PostIt's Almost Time For HALLOWEEN EXTREME!!

Marvel Superheroes are coming to Disneyland Paris in the summer of 2018!