Universal Orlando announces Simpsons are getting a slice of Springfield

The Simpsons have been a Sunday night tradition for over 20 years. The show is shown in syndication all over the world, has spawned a movie, countless video games and yes…a theme park attraction. Today, however, Universal Orlando announced they are bringing the Simpsons world to life bigger than ever before. 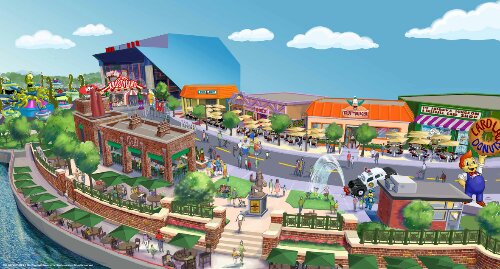 Springfield is coming to Universal Studios Florida this summer! The new area will feature restaurants pulled right from the show. Also the area will get an all new ride. Kang & Kodos’ Twirl ‘n’ Hurl – will take “foolish humans” on an intergalactic spin designed to send them into orbit.

No exact date for the new area has bern given, but coconstruction has been going steady for about five months or more. Click here to see the area coming to life!