Universal Orlando to announce pass holder preview dates on May 28th for Transformers: The Ride 3D

Here are a few photos from the Annual Passholder mailer that hit mailboxes today: 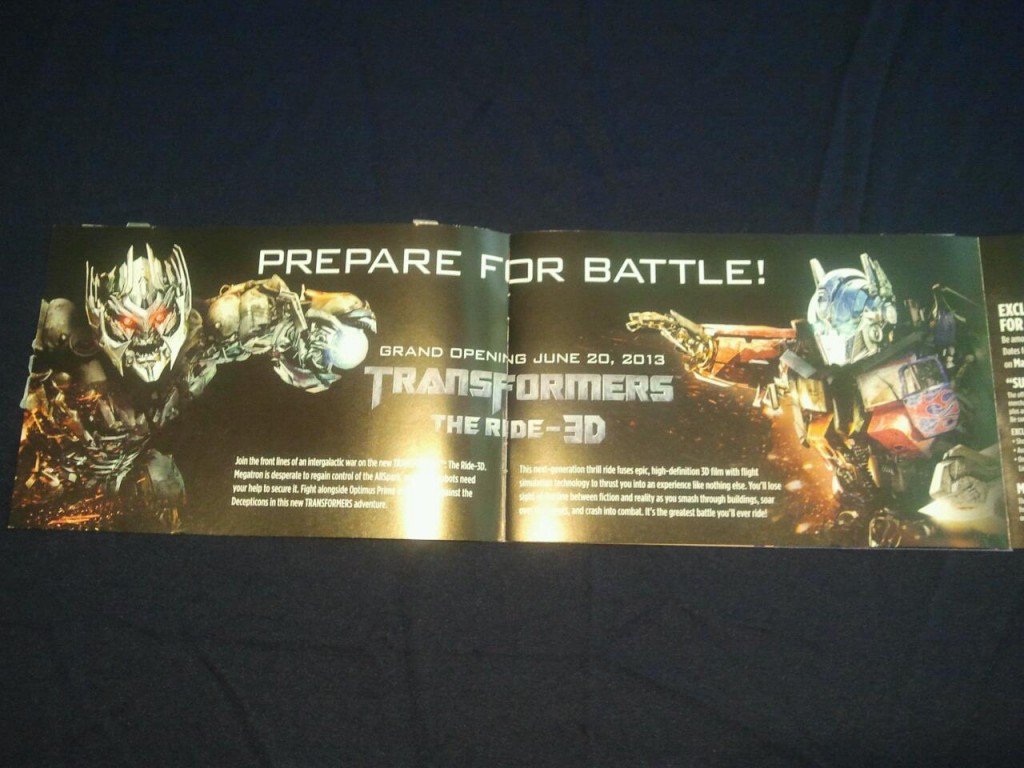 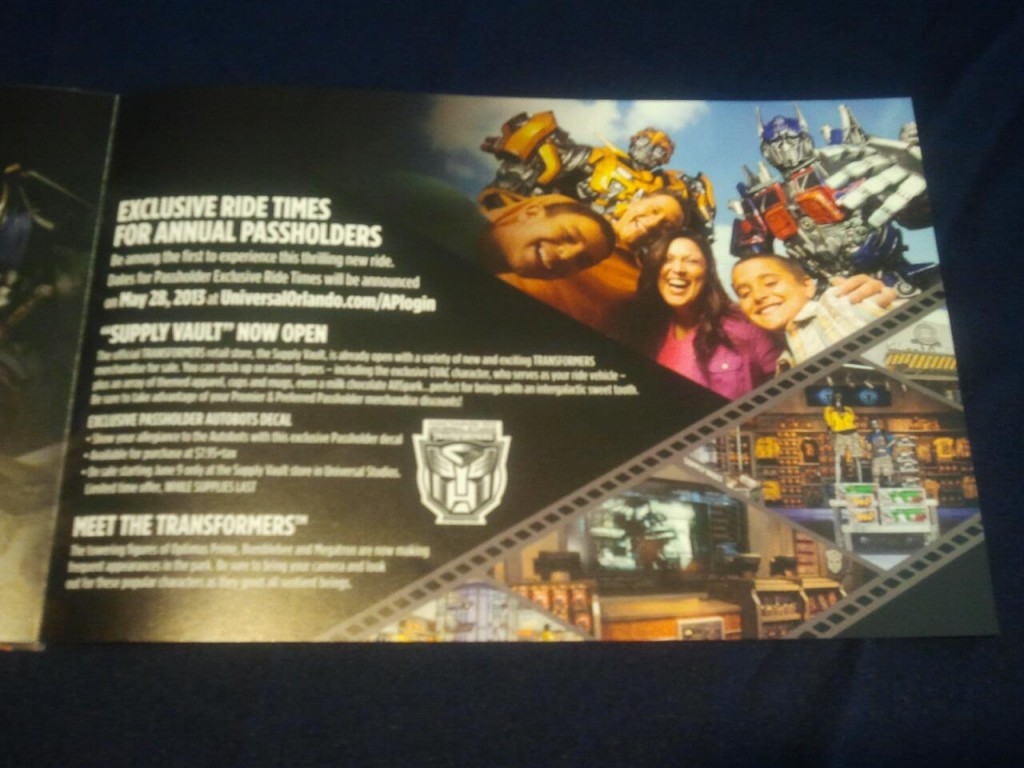 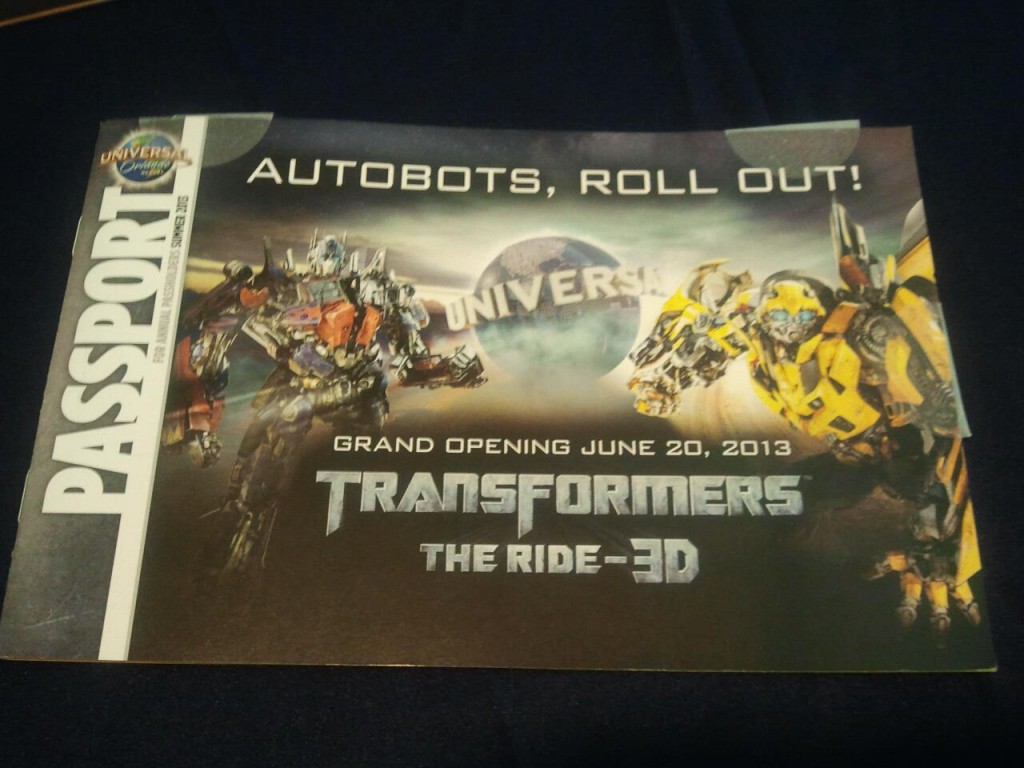 According to the passport mailer, Universal will be announcing exclusive ride times for pass holders on May 28th. However, it looks like Annual Pass holders might need to sign up for a slot through the AP website. Times have yet to be announced, so stay tuned on May 28th. For more information about your annual pass, visit the AP website by clicking here.

Universal has also announced via their E-Pass that annual passholders get early entry into the Wizarding World of Harry Potter from May 25th until September 3rd. Now, more than ever, it pays to be a Passholder.