There is a fifth dimension beyond that which is known to man. It is a dimension as vast as space and as timeless as infinity. It is the middle ground between light and shadow, between science and superstition, and it lies between the pit of man’s fears and the summit of his knowledge. This is the dimension of imagination.You unlock this door with the key of imagination. Beyond it is another dimension— a dimension of sound, a dimension of sight, a dimension of mind. You’re moving into a land of both shadow and substance, of things and ideas. Today is a day that may seem like any other day in May, but you are about to find out that today crosses into that dimension, where TV is surreal, and theme park rides drop all their intentions into your laps. Today is a day of imagination, and of daring, and a day that celebrates the fifth dimension. It is an area which we call the Twilight Zone. 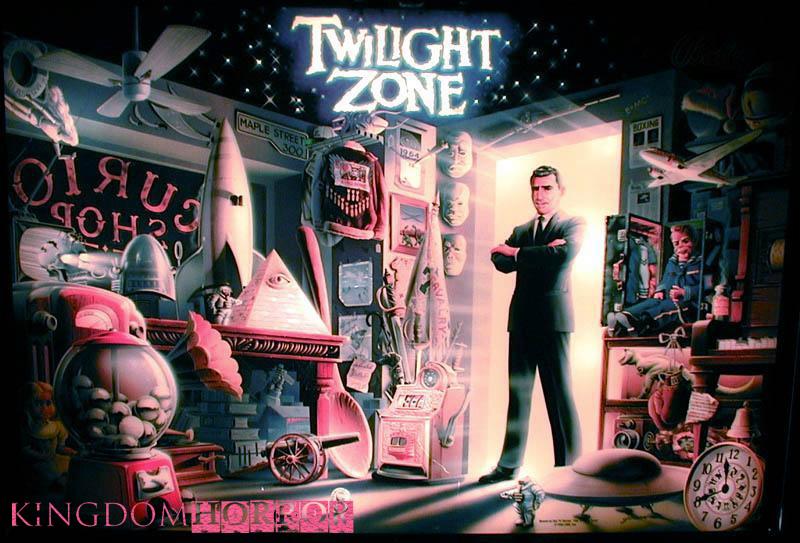 May 11th is officially known to fans and geeks all across the vast reaches of insanity and internet as Twilight Zone Day. The Twilight Zone was an American TV series created by show narrator, Rod Sirling. It originally aired on October 2nd of 1959, and lasted for five seasons until it was cancelled. The show is still on in syndication around the world, and has been the subject of two movies, and two attempts at reviving the show for television. It has even been made into a radio play.

The cultural impact of The Twilight Zone could have never been guessed when it first aired way back in 1959, or when William Shatner declared that “There’s….A..MAN…ONTHEWING!” long before he became Captain James T. Kirk. Here, over 50 years later, the show still lives on as not only a TV show, but also as a string of theme park attractions.

Of course, the dark shadows that you step into at the Walt Disney World Resort are usually mouse shaped, but at the resort’s Hollywood Studios we are taken back in time, to the Golden Age of Hollywood when Hollywood was at it’s peak and the stars all stayed at the gorgeous Hollywood Tower Hotel. The shadow here is what happened one fateful stormy night at the Hollywood Tower Hotel, and it looms over the entire park, so thick and dark that you can still hear the echoes of the screams that shattered the silence of the night.

Here Disney Imagineers have taken you beyond the movies and television series. Here they have taken you into another dimension, not only of sight and sound, and imagination…but also one of terror.

Guests plummet down 13 floors through sequences as random and unpredictable as the tower itself. It’s not the only Twilight Zone Tower of Terror in existence, but it definitely is the most unique.