Behind the scenes of Springfield at Universal Studios Florida

While universal Orlando recently opened the amazing Springfield Fast food boulevard, the rest of Springfield is under construction. We were able to take a behind the scenes tour, bit no cameras. So what we have is a quick rundown of what you can expect. 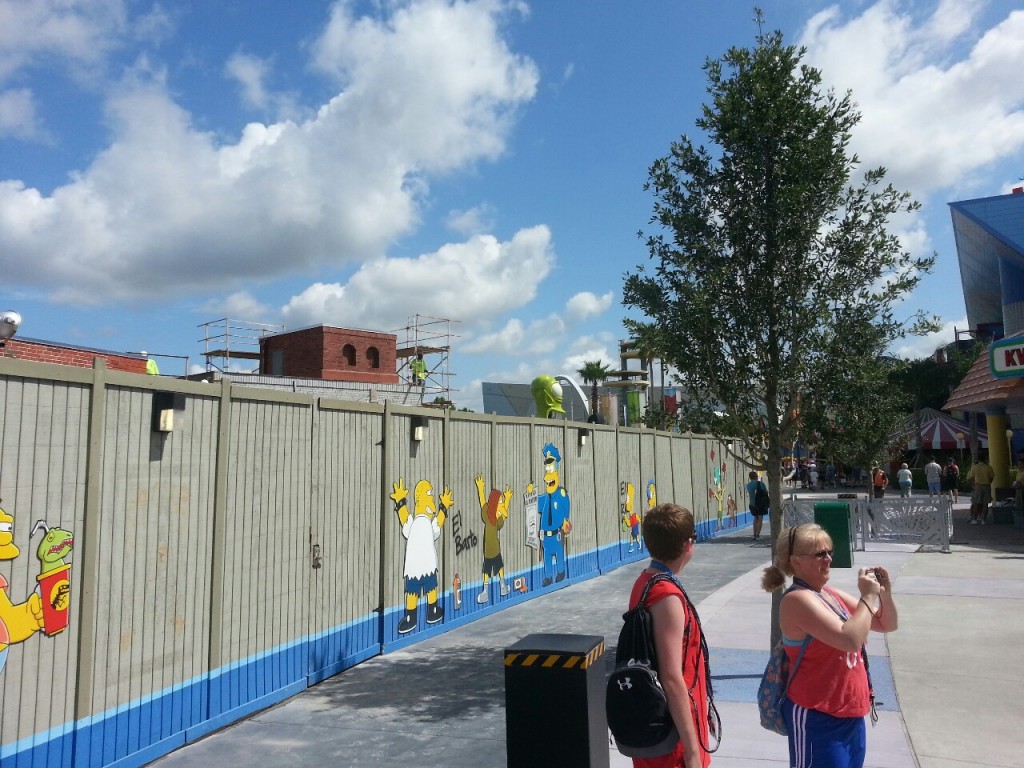 Again, no cameras allowed, and as we write this we are still on tour, so here are the highlights:

-Duff Gardens: A themed bar area where you can phurchase all versions of Duff Beer
-Duff Brewery:Vats of Duff beer will on in display
-Kodos and Kang twirl and hurl: You will help Kodos and Kang destroy Springfield in this spinning flat ride. Tentacles, will pop up, eyes will move and they will talk and taunt guests
-Static figures of Milhouse, chief Wigham and Duff Man will be available for photo ops. Chief Wigham will be in such a hurry that he hits a fire hydrant
-Bumblebee Man’s Taco Truck will be a permanently parked walk up food truck with a huge antennae span of 18 feet
-Lard Lad Donuts: A walk up donut store featuring huge Lard Lad donuts and a huge Lard Lad. According to reps he will be bigger than the 28 ft tall Optimus Prime.
-Springfield Park will contain a statue of founder Jemediah Springfield
-The area will open later this summer
-Guests will be able to partake in VIP seating during Cinematic Spectacular similar to what is currently offered at Lombards.

So far there’s a lot more work to be done, but it’s looking amazing.
For more information including tickets and big pink donuts visit the official Universal website by clicking here!