The internet is full of crazy little fads, memes and pictures. You’ve got planking, Tebowing, milking, owling, Vadering, and of course catbeard. While they do make for some great pictures, they all can be disruptive, dangerous and…well…stupid. Recently Universal Orlando erected a huge and frankly breathtaking statue in preparation for the opening of their all new attraction, Transformers:The Ride 3D. Just one look at the statue, and you instantly need to replicate that greatness. 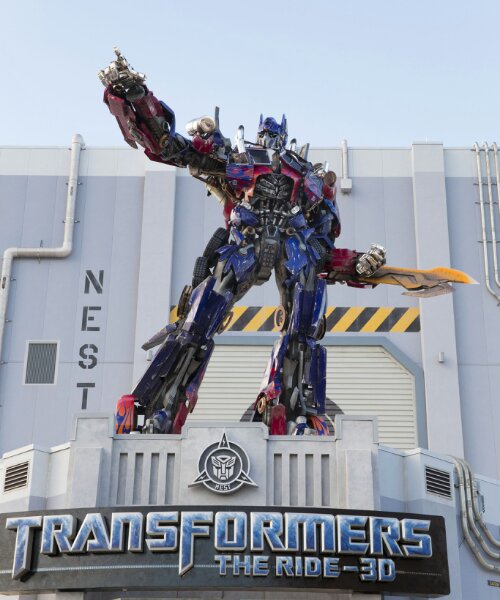 Transformers:The Ride 3D opens June 20th at Universal Studios Florida. As part of the new ride and building Universal Orlando constructed and placed a life size 20 foot tall and almost 9 ton statue Autobot leader Optimus Prime. Optimus looks ready for battle, as he points towards the horizon with his sword in hand and at the ready.

Over the weekend we visited the park and noticed how quickly everyone wanted to imitate the Autobot leader. So much so that we think this could be the next internet

Previous PostSummer Nights comes back to Busch Gardens Tampa this week with an all new show! Next PostContest-Start the new internet sensation based on Transformers:The Rise at Universal Orlando-Primeing