Summer is just getting under way and much of the theme park industry is already thinking about Halloween. Busch Gardens Williamsburg is no exception to that, either. With September creeping just around the corner, this summer will be full of creepy teasers that will prepare fans and park go-ers for this year’s Halloween festivities. 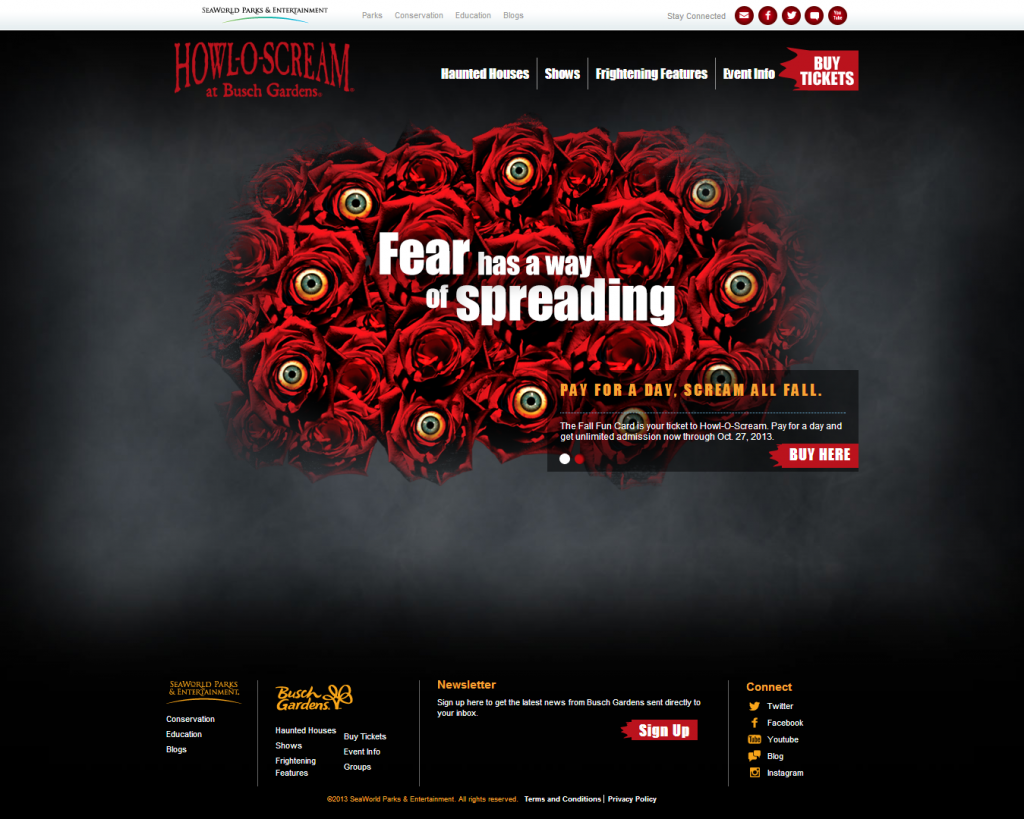 Busch Gardens Williamsburg launched their Howl-o-Scream website today, which features a brand new tagline: “Fear has a way of spreading”. Like previous years, Busch Gardens has stuck with the creepy looking eyeball flowers, but the lady of the dark side of the gardens is no where to be seen…. yet.

With the website going live, Busch Gardens has posted a lot of information about this year’s line up, including houses, shows, and the Fall Fun Card.

While there is a lot returning from last year, this may not be everything Busch Gardens has planned. Busch Gardens revealed the list of returning houses last year and then revealed new houses and frightening features for the event later.

Busch Gardens is bringing back the Fall Fun Card, which is a great value for anyone who wants to see Howl-o-Scream multiple times. For $70, which is roughly the price of a single day’s admission to Busch Gardens, you can go back to Howl-o-Scream as many times as you’d like between September 7th and October 27th.

Howl-o-Scream will take place of Fridays, Saturdays, and Sundays from September 13th until October 27th.

For more information about Howl-o-Scream, visit the official website by clicking here.