Things are getting close! Recently Knott’s published their park hours for fall-winter 2013, on the official Knott’s Scary Farm Facebook page.  Knott’s has been teasing a lot of the different houses and shows on the official Facebook page, with the promise of the full reveal on July 10th, for annual passholders. But what secrets does the calendar hold? 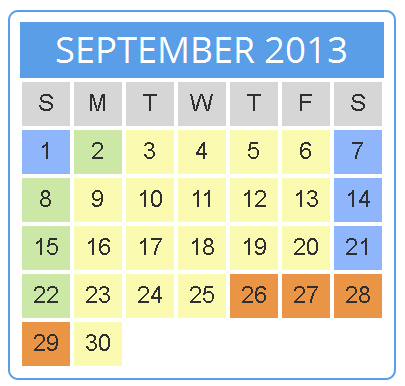 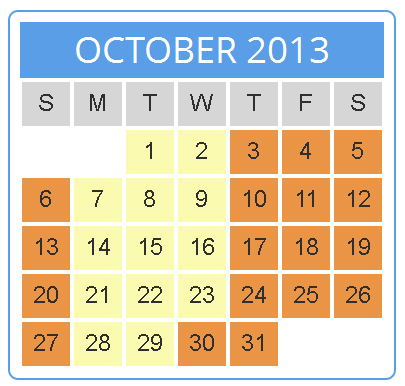 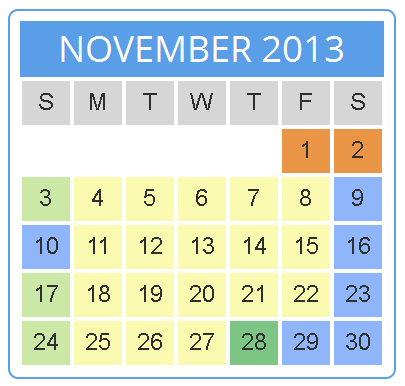 While the park hasn’t come out and said it, we are assuming that the dates marked in orange are dates for Knott’s Halloween Haunt. The park closes at 5:30 on those days, which is plenty of time to morph the park into a fog filled gory wonderland. If the hint holds true, then we can expect the last weekend in September, all the way until the first weekend in October. Currently the only other haunt scaring until the last week in November is Halloween Horror Nights in Orlando. With the 31st falling on a Thursday, it’s likely we’ll see even more haunts try to squeeze the screams out of guests before heading back tot he crypts for the winter.