Offsite: Sony could be the clear cut winner in console wars after E3 Presentation

The console wars have been heating up in the past few days with both Sony and Xbox coming out with new systems in the next few months. The biggest pull for all of them is online gaming, and whether or not the system will allow gamers to continue buying used games. Xbox came ready to play with an impressive line up of games, but Sony walked up to the mic and killed it by going places Microsoft seemed to scared to go. We’ll run down the finer points, and let you decide which console is going to be the winner. 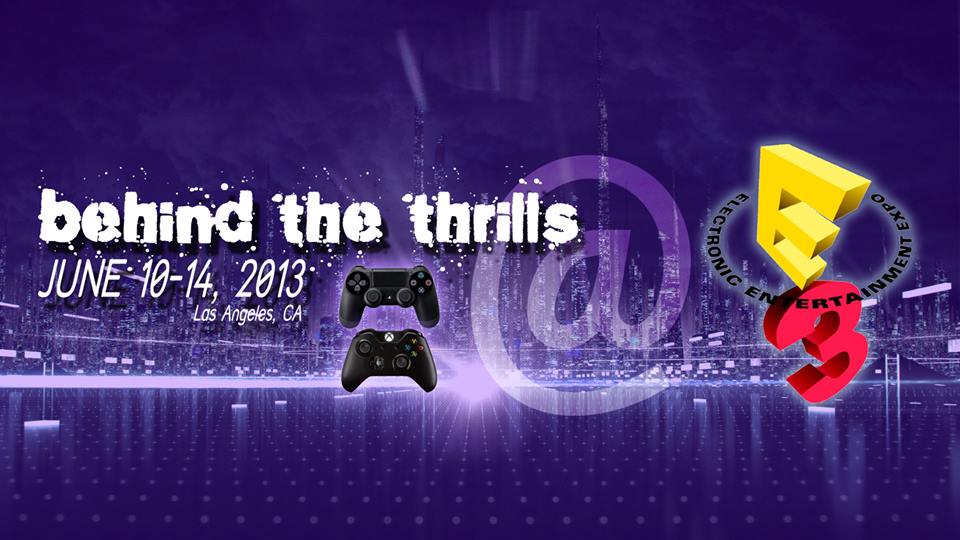 Sony’s press conference began with guns blazing aimed right at Microsoft. The video touched upon how PS4 was going to be a console made for gamers, without the extra unwanted bells and whistles. That means nothing like Kinect, or the ability to stream TV. It also announced that they were going to revamp their online service and give you everything that Xbox Live gives you. Sure, you can purchase extra downloadable content, but that’s not the important part. The important part is that it’s only going to cost gamers a measly $5 bucks a month. Not a bad deal, at all. Then out rolled the game line up:

There’s some familiar titles, but none as huge as the games announced by Xbox. There are also some original content, and that is going to be the key with a new system, finding a new game that can carry it.

Then comes the thing that has been hotly contested since both systems announced they now have the technology to limit games. There would be no restrictions on trading games, buying used games or sharing games. Ever.

This is a staunch 180 from when the system was in development, and BOTH Xbox and Sony were developing software that would limit if a game could be used by another system or not. This caused outrage in the gamer world, most significantly companies like GameStop and GameFly. If that new technology would roll out, they would be dead in the water.

Xbox backed off on it’s stance a little, saying that you could trade your hard disks in, but limited the amount of times you could share them with other systems to only once. Let the pitchforks rise.

Sony not only played into those fears, and undermined what Microsoft announced, but they flat out patronized it’s core audience of gamers by telling them what they want to hear. While it seems like Sony had this planned at the last minute, it really wasn’t. It was something that was planned in the development stage. They were toying with the idea of going the same route. Why? Because publishers of the games are getting short changed when it comes to getting paid. Sony kind of backtracked a little afterwards and said that while the games can be sold, traded or kept…however if a publisher wanted to block certain content after that fact, then there’s nothing they can do about it. Isn’t that pretty much what Xbox said, only in more bloated and convoluted words?

Then Sony pulled out another knife in it’s arsenal-No internet connection needed. Xbox One will need to have an internet connection at least once every 24 hours in order to play. While the arguments are mostly “what about people who’s internet goes out with the power” or “what about people who can’t afford internet”. Well, those are just stupid excuses that hide the real reason it’s not liked. Big Brother is Watching. No one likes the idea of another entity watching over what you do, and even less people like to be told that they HAVE to do something. The quickest way to get someone not to do something is to tell them they have to do it. Eyes are rolled, heads are shaken and even middle fingers are raised. Sony did well by saying “NO INTERNET CONNECTION EVER!”

While the game line up merely winced Microsoft, and the announcement of the free sharing ability of the games, Sony then came up and curb stomped Microsoft into the ground.

$399 for a new system coming this November. Microsoft announced the pricing for Xbox One at $499. If you think back to when the PS3 launched vs. the Xbox, it seems that the roles have reversed. Xbox promised pure gaming that gamers loved, while Sony wanted to give you a full entertainment system. Granted, years and technology have passed and grown but the lesson still hasn’t been learned. Gamers want a system that plays games…good games, great games and gives you the ability to trash talk, bully and pwn all your friends and lesser gamers.

While the ability to watch live TV, and interact with the internet, and basically do everything except make a sandwich without ever turning the Xbox off is something every gamer wants, they don’t want to pay extra for it, and they certainly don’t want to feel like other things are being sacrificed for it. Those features are what we call “hey look” features, you know…the kind of features that you discover in between games or when you’re bored teabagging all your opponents and say “Hey Look what this can do”.

The console wars are heating up, and all eyes will be on Xbox or Ps4..meanwhile Nintendo has kept with the safety dance and announced a whole slew of new games featuring your favorite characters. While that’s not very innovative, it is a safe bet for characters that are proven to be fan favorites.

This week Playstation gained several millions of new followers simply because of this disastrous E3 showing. Presales hit the shelves this week, and Playstation is out selling Xbox One 2 to 1, for the first time in almost a decade. However, Xbox does have some great titles coming out within the next year, including the juggernaut Halo. While it’s easy to see which one will most likely win me over, the old habits do die hard…and Master Chief, zombies and fast cars just happen to be weaknesses that I may have to give in to.

TAGE3 2013 PS4
Previous PostGavin DeGraw cranks up the heat this Saturday at Universal Orlando with Summer Concert Series Next PostHowl O Scream 2013 tickets on sale NOW! Can you survive the 13?