Better late than never I suppose. About two weeks ago we have the amazing opportunity to video E3 and cover the convention floor. It was an amazing site so much like the layout of E3 itself, we’re going to split our tour into two. The consoles in one article and the games in another. This one focuses on the thing that most people have been talking about since the press conferences took place at E3. The next generation of consoles. So join us as we look at these multi-million dollar convention center booths.

When entering the South Hall, one of the first things you ran into is the large Xbox area. Naturally that is where we start our tour. Attendees entered the pavilion by walking through these lighted walkway. Extravagance is an understatement. These booths fill the senses and are designed to overwhelm you. Of coarse Forza had a presence in the Xbox Booth. Xbox did focus more on the technology aspect of its new console. I had a chat with this gentleman about the updated smartglass (since I am a windows phone user). Here Xbox was giving a showcase on the enhancements made to the kinect. And of coarse the Xbox One itself. I wish I had gotten a better picture but who hasn’t seen this console by now? Next UP. Nintendo’s booth. Nintendo did what Nintendo does best. Created a fun, family friendly (even though no one under the age of 17 is permitted into E3) interactive booth. People were eating it up. 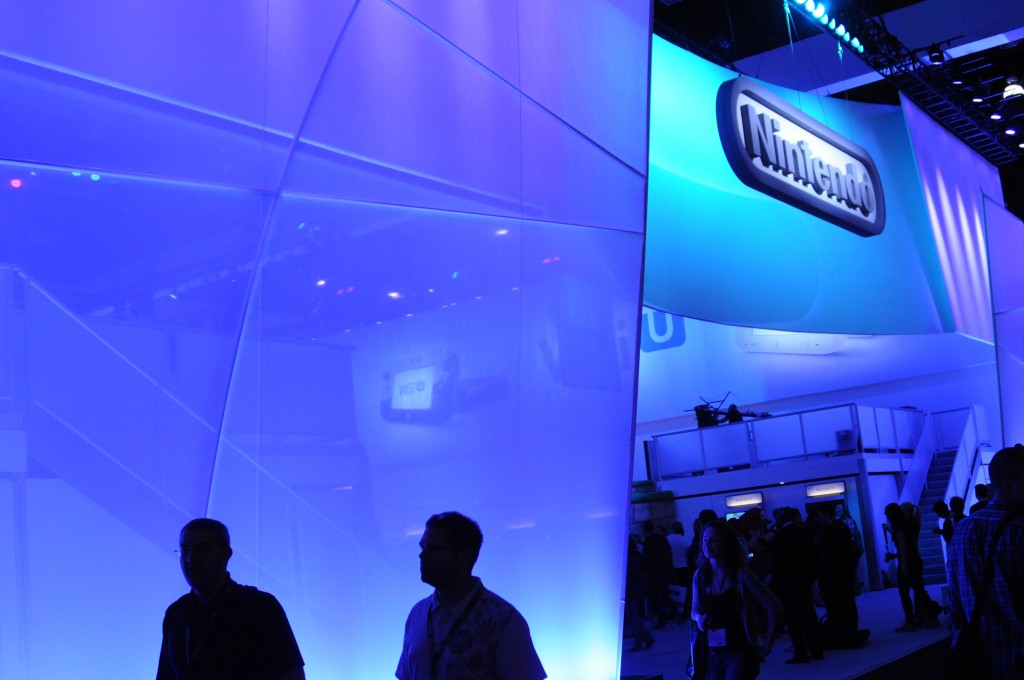 Meet and take your picture with MARIO! 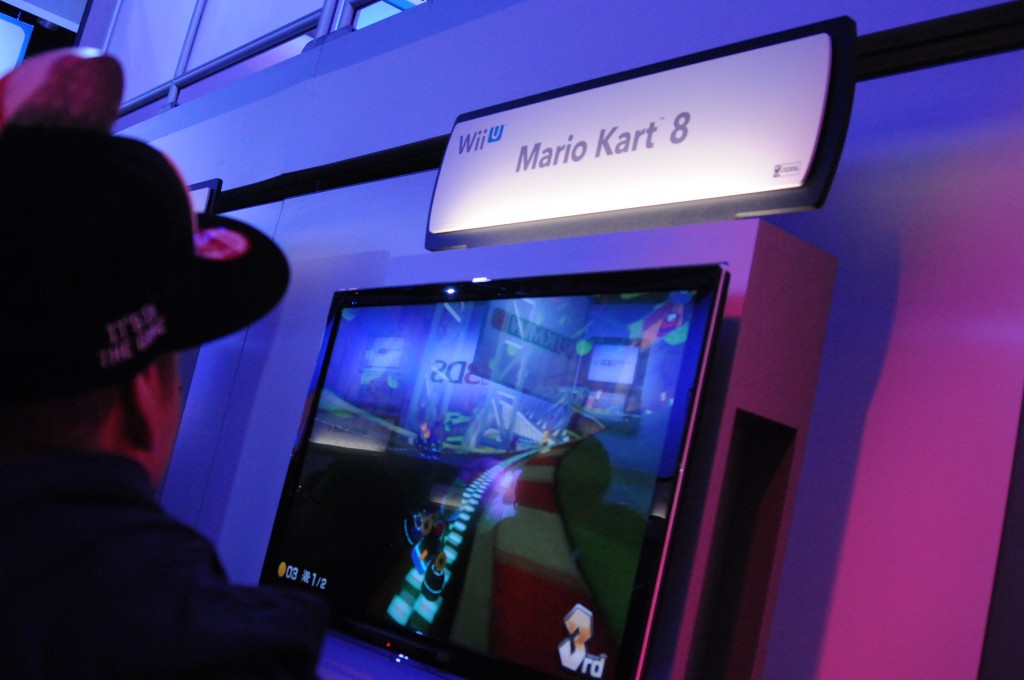 The Nintendo 3DS booth was fun, it featured a talking interactive Mario/Luigi which spoke to guests who participated in the demonstrations and win prizes. I even witnessed a guy win a 3DS. Last but not least. PlayStation. Sony had the largest and in my opinion most impressive booth out of the three giants. 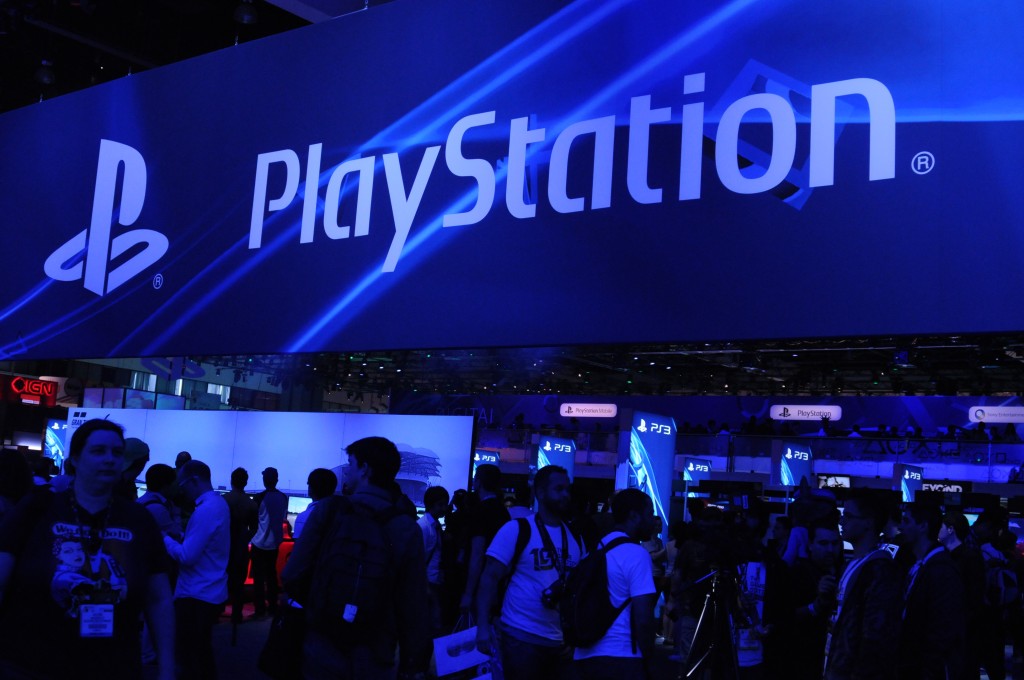 Many meet and greet characters filled the walkways of pavilion. They were under a very watchful eye to make sure they were consistently posing for press. 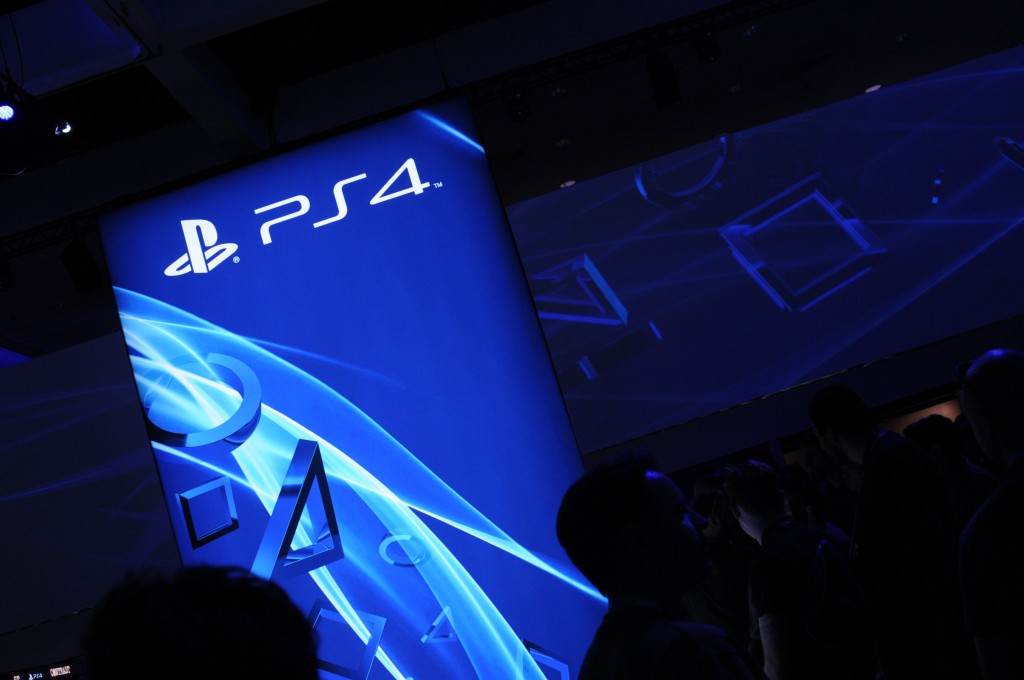 Some of the launch games were available to play including Octodad (not related to Octomom). 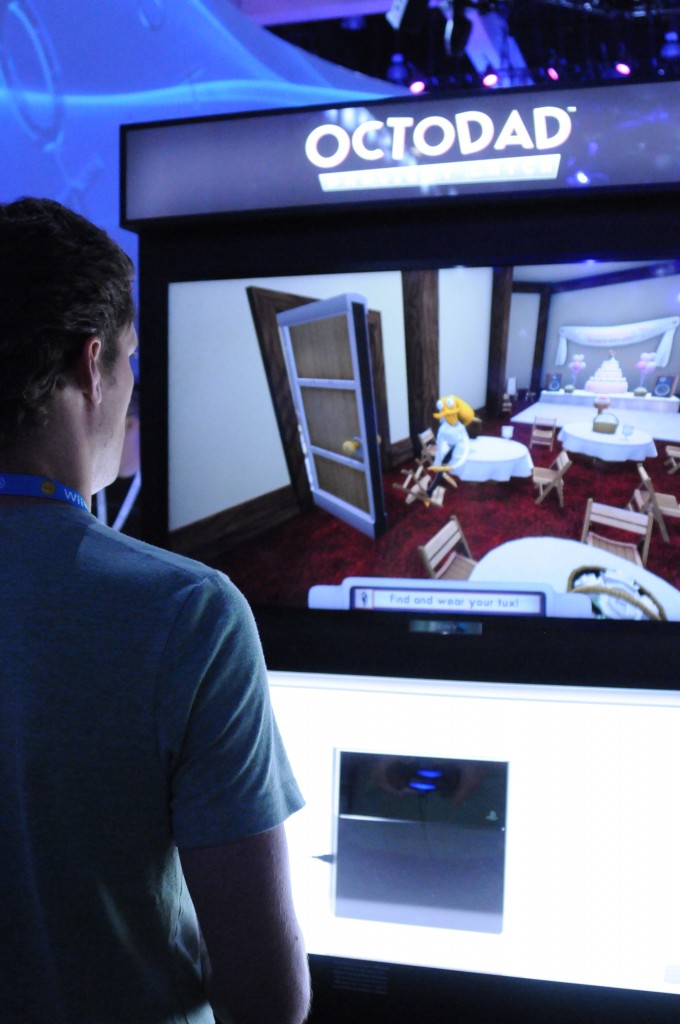 A major portion of Sony was surrounded by video screens showcasing the latest and greatest in games. 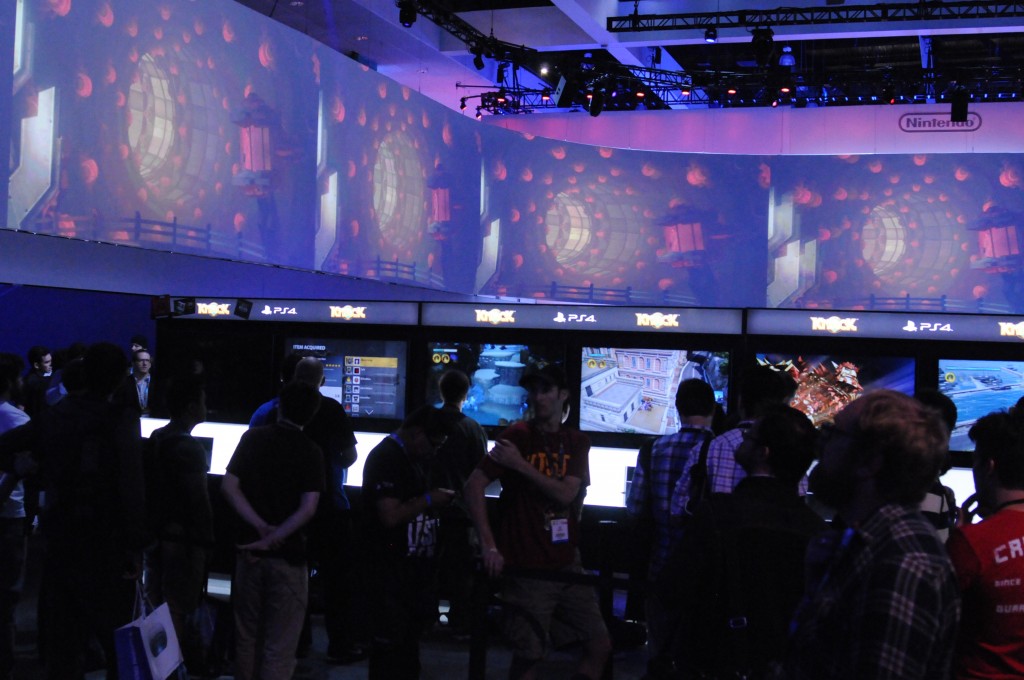 They even had an awesome video screen which represented the 4 icons of the PS4 Controller, it was fairly awesome. I expect that we can see something like this making it’s way to the Sony booth at SDCC this year. 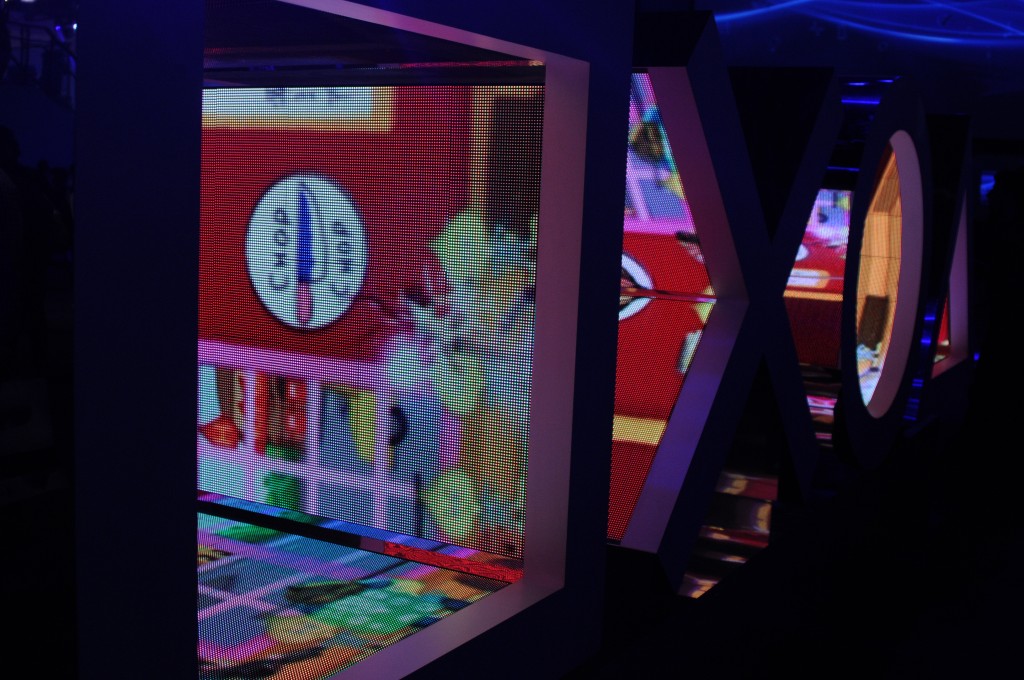 PlayStation even gave major publishers spots in their booth to be able to play games. The lines were long but it offered an alternative to those who did not wait to wait elsewhere in even longer lines. 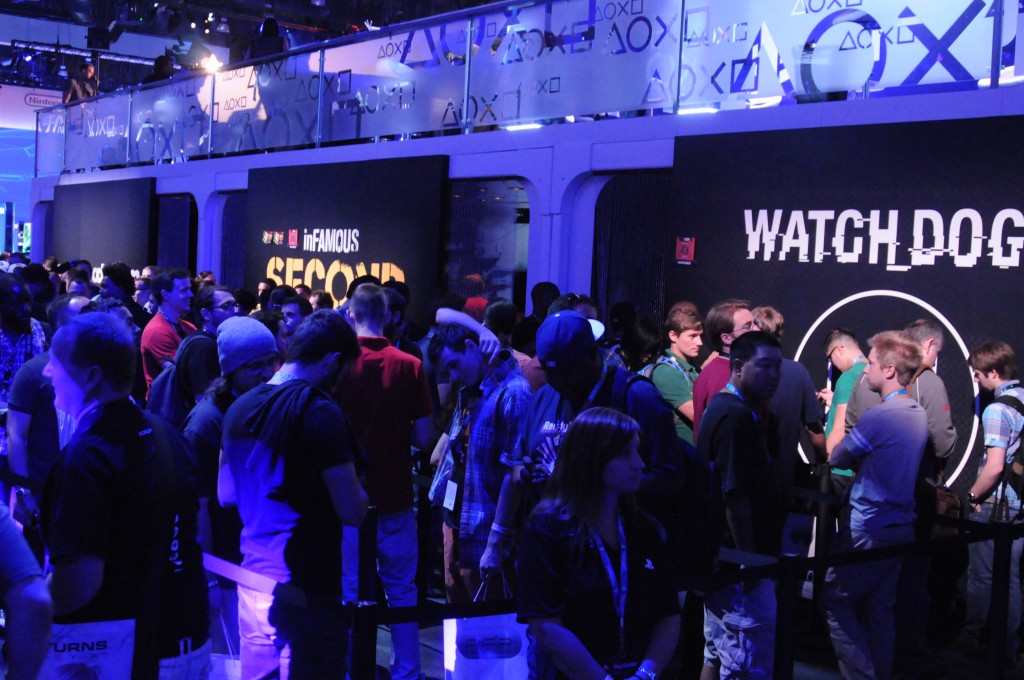 What is a cool booth without a cool car? In this case the all new Corvette. Last but not least the PS4 itself. That does it for part 1 of our E3 2013 Show floor tour of the West Hall. Join us again soon as we take you deep into the bowls of the South hall.