The roots are starting to spread, and grab hold. The evil is coming, and before it can take root, you have one last chance to turn away. On June 27th, at midnight, Halloween Horror Nights Orlando will slowly start to let the evil escape as they begin their annual teasing, and slow tortuous revelations of this year’s house line up, and theme. They’ve also revealed an all new logo, which of course comes with tons of speculation. Just remember, Once the Evil has been released, there’s no turning back. 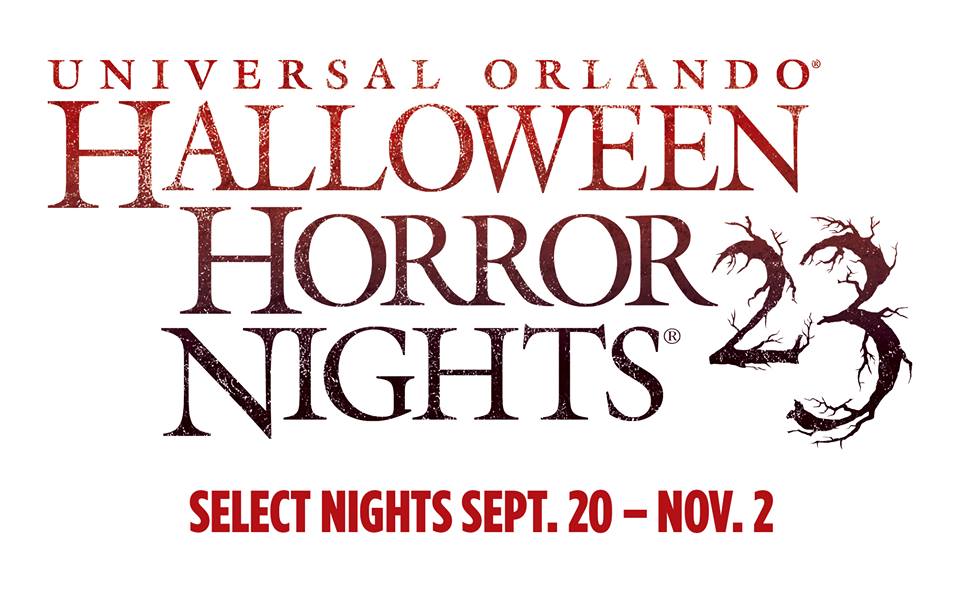 Last year, once you were inside, there’s no way out. This year, so it seems, that once the evil is unleashed, there’s no turning back. Via Universal’s official Facebook page (click here) the event has unveiled that they will be releasing one new house at Midnight on the 27th of June. They’ve also unveiled a creepy new logo that seems to have roots coming out of it. Could be roots, or it could possibly be veins. Either the event will have guests seeing the “root” of all evil…or possibly get to the “heart” of evil. Either way, it’s very exciting for haunt freaks everywhere.

We already know that the event will take place from September 20th, until November 2nd, making it the longest event in recent history. We also know that it will be at Universal Studios Florida, and (as far as we can tell) will NOT be in both parks. We also know, from the Permit Filings (click here) that the event will include huge soundstages that have never been used before. However, that’s where it ends.

Halloween Horror Nights in Orlando has a way of getting fans at frothing levels of excitement even before the event has started. This year fans have gotten an early start on the frothing and fighting on various Facebook groups with speculation running rampant. This is due in large part to the huge revelation at Halloween Extreme in May that Universal Orlando will be bringing back their popular Legendary Truth in park experience.

The park’s Art and Design Team held a special panel, not only revealing that Legendary Truth will be back, but that they will be making Halloween more of a year round event with special games and experiences for fans, (click here to read more) and will also allow you to spot HHN fans more readily with specialty merchandise!

To see everything the group said during the hour long panel, watch the video below!

So, fans will be getting Legendary Truth experiences every two weeks, starting very soon. The park will also reveal the special Legendary Truth merchandise very soon as well. Be on the lookout for updates to the official Legendary Truth website (click here) as well. In 2008 Legendary Truth held an investigation into Dr. Mary Agana, which gave way to the group revealing Bloody Mary. Legendary Truth is Universal’s interactive story telling that let’s guests get involved in the story both online and in the park during Halloween Horror Nights. It’s been very successful in the past, and if that’s any indication, as well as the new “leaks” this year’s going to be even bigger than ever.

Universal will slowly leak all the details over the next few weeks, and if tradition holds, they’ll have a big reveal in August. For haunt fans, it’s a long and tortuous month, but well worth it in the end. Until then, they’ll have to stick with the many rumors, and speculations that pop up all over the internet.