When we spoke to Eli Roth about the opening of his Goretorium back in September of 2012, he was quick to throw out that he wanted Goretorium to be more than just a place people thought about around Halloween. He wanted it to be a year round “Mecca for Horror fans”. More than that, he wanted Goretorium to be the Disneyland for gore hounds. It was his way of sharing the gift of blood with the world. Almost a year later, in the middle of the summer and the Vegas heat, the screams still fill the halls of Goretorium, and the blood still flows, proving that horror isn’t just for Halloween. We recently were able to get behind the scenes and see the inner workings of Goretorium, and see just what makes this nightmare happen daily. 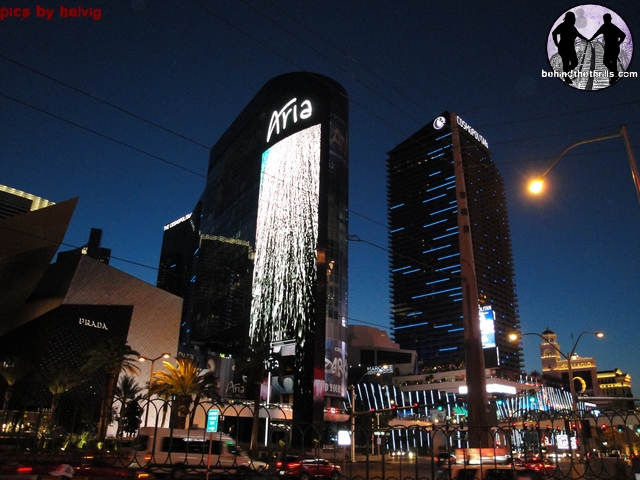 Nestled right on the Vegas Strip, Goretorium is a unique year round haunt that not only gives you a haunted maze walkthrough, but also a breathtaking view of the Vegas Strip at the premiere nightclub, Baby Dolls Lounge. While all the focus would be on Goretorium during the busy haunt season, how would it be during the hot summer months? 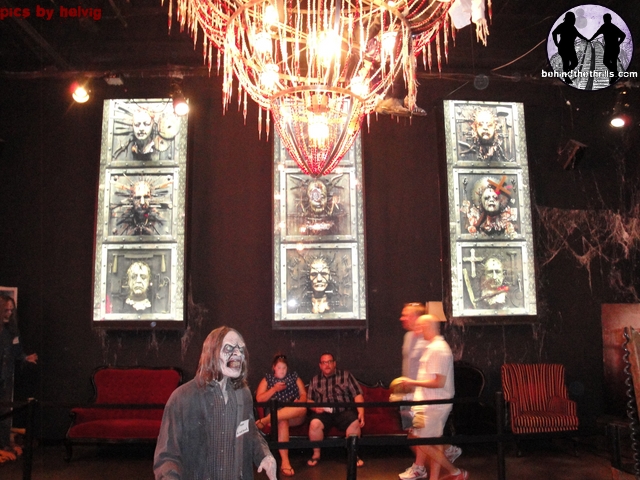 Surprisingly the place was pretty packed. We were shown around by the manager, and the VIP tour guide, who told us that on average Goretorium sees around 500 guests daily. That’s just a regular weekday! During the weekends, and holidays they’ll see much more than that. 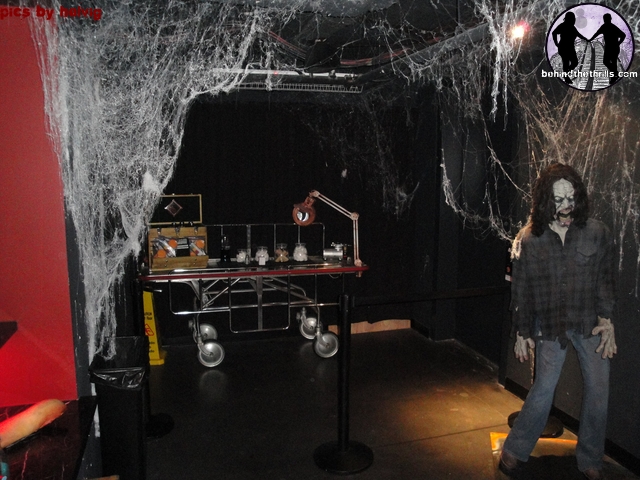 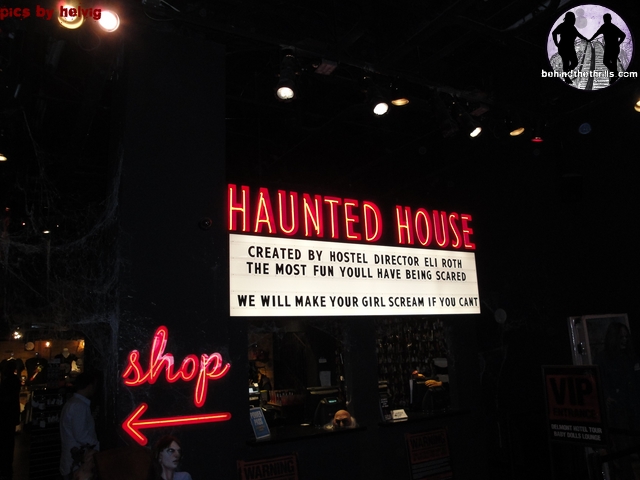 One of the cooler things we were told is that there are a surprising amount of people that love horror so much, it’s a big part of the biggest day of their lives, their weddings! The weddings are fiendishly priced at beginning at $666 dollars, and can include either a vampire, zombie or scary priest minister, and of course the freshest “dead” flowers. They do an average of five weddings a week, with the most being around Valentine’s Day. 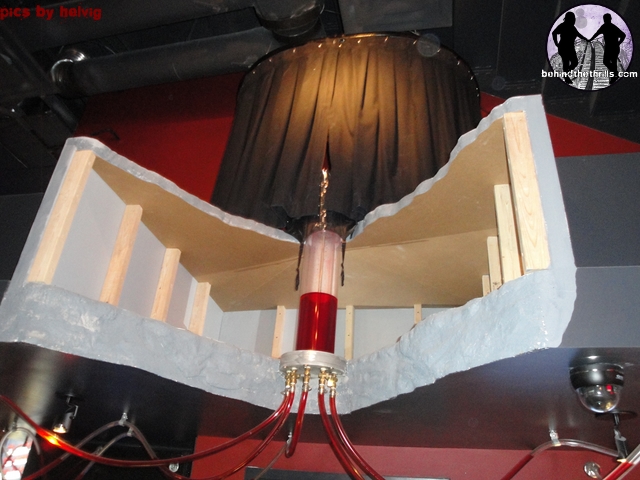 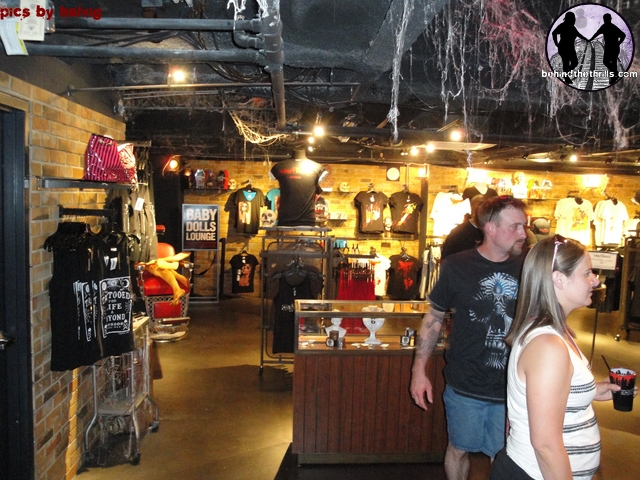 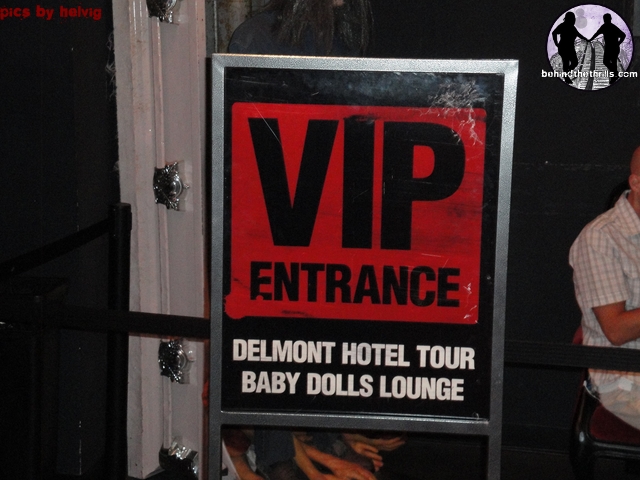 The maze itself hasn’t gone any major changes since the opening, though the haunt has done some special holiday features. The story of the maze is all about the Delmont Hotel. Once a bright shimmering light on the Vegas Strip, a series of deaths have taken it’s toll on the hotel, and closed it. Still, the rumors of a serial killer family stalking those that have the misfortune of coming in for a place to stay, persist. The haunt uses a pretty half and half mix of real actors and props, with a few animatronics, but heavy on the blood. As for the actors, they are about as friendly and accommodating as they can be…once the make up is off, which is a side that most guests will never see. With the make up on, and the tours running full force, all bets are off, and you’re dead meat.

Again, the maze is just one part of the experience. Baby Dolls lounge is where everyone goes after surviving one of the most hellish experiences that you can pay to go through. With the glimpse of the strip, it reminds you that it’s only a haunt…at least you hope it is.

Goretorium is open 365 days a year, and offers not only the haunted maze and weddings, but also huge parties and really anything that you want to add a  taste of f&*ked up to.

For more information about Goretorium, including tickets and tours, visit the official website by clicking here!

Review and pictures by guest writer Kyle Helvig. Kyle is a haunt enthusiast, and all around scary guy. He is a guest writer  who spends his time hacking up body parts and stuffing them in teddy bears that he donates to those less screwed up than him.