Theme Park Attendance Report:Carsland heats up as Potter levels off

The annual Themed Entertainment Association (TEA) has released their annual theme park attendance report for 2012. While the attendance report is done by an independent study, it serves as a barometer of not only individual theme parks and attractions all over the world, but also shows the overall effect the economy is having on the industry. It comes as no surprise that perennial theme park Disney had huge success in it’s California Adventure park. Whatbis surprising is that the other major theme park expansion, The Wizarding World of Harry Potter, has calmed down as attendance at Universal Orlando’s Islands of Adventure has showed signs of tapering off. 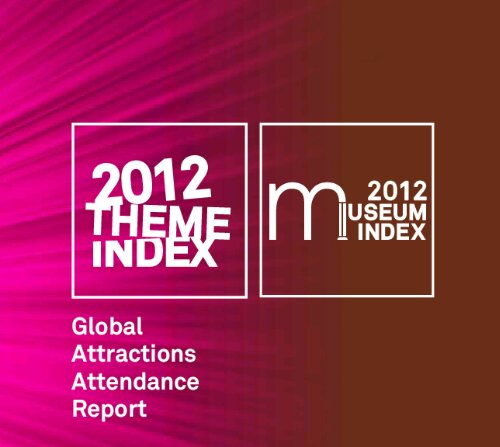 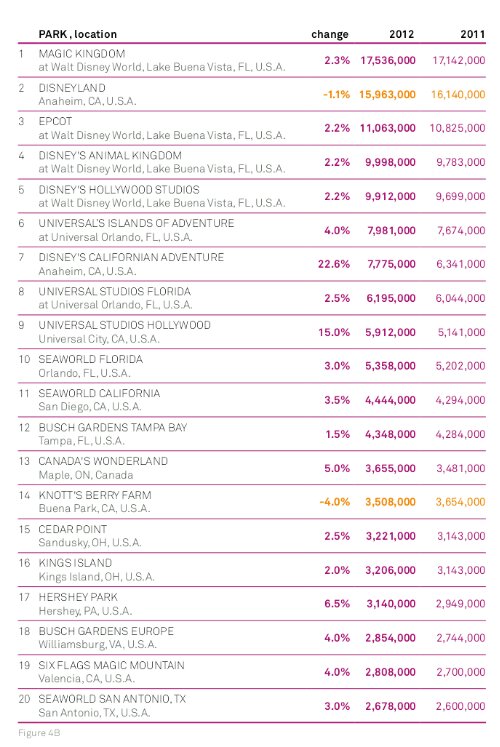 The top twenty in the U.S. as well as Worldwide was dominated last year by both Disney and Universal parks, while more than 3/4 of the U.S. top 20 was dominated by Florida parks.

To see the full TEA report for 2012 visit the official site by clicking here!