Transformers The Ride opens for technical rehearsals at Universal Orlando

One of the most anticipated attractions of the year is Universal Studios Florida’s version of Transformers:The Ride 3D . The all new ride will open almost a year to the date of the beginning of construction on that attraction. While it may not be a world record, it definitely is an impressive feat. The ride isn’t scheduled to open until June 20th, but the park has been opening the attraction for technical rehearsals for the past few days. We’ll take a look at the rehearsals and the attractions and give you some tips for checking out Transformers:The Ride. 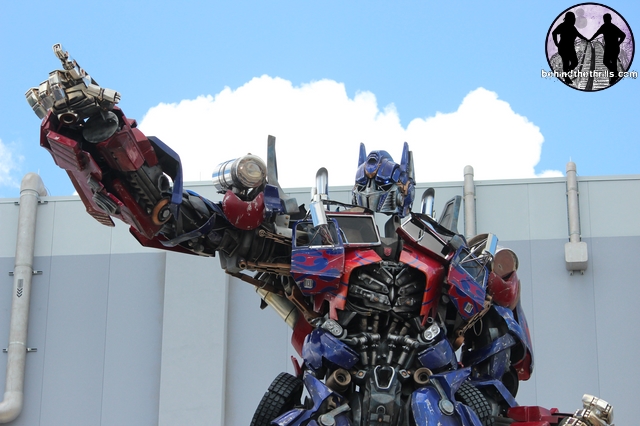 Over the past week, a huge static Optimus Prime figure was installed on the top of the building. The figure is life sized and stands at over 20 feet tall and just about nine tons. Optimus was on hand for the soft openings which have been gaining huge crowds. The reported times have been early evening to late afternoon. The ride is not guaranteed to be open until June 20th, so if you’re looking for a soft opening, you are taking a chance of doing nothing but standing in a crowd all day. 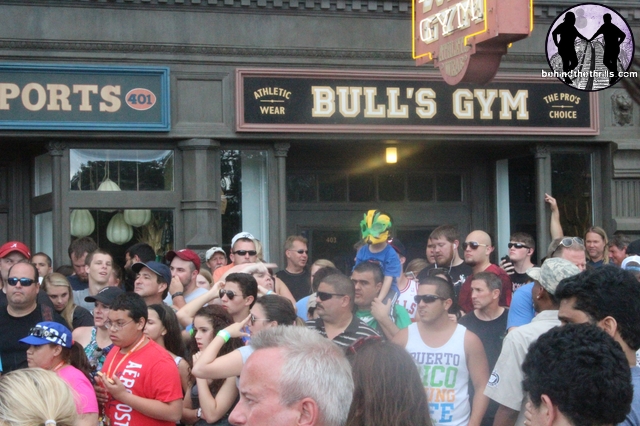 Fans of the ride have been very eager to get a glimpse of the new attraction. One person we spoke with was waiting around the attraction for 8 hours in the hopes of getting to ride. While the park will not stop you from waiting in line, it’s not recommended to wait as there is no guarantee of a technical rehearsal. 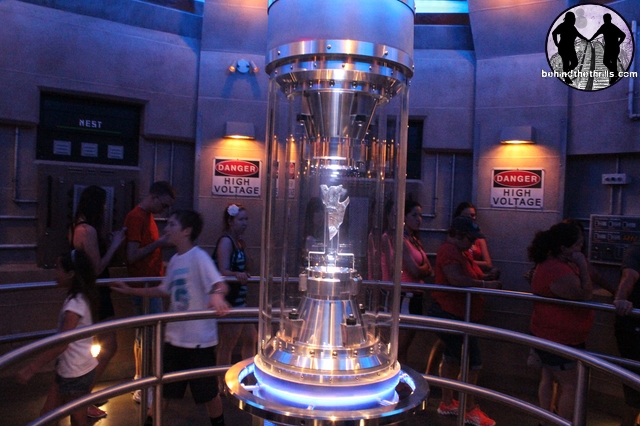 Once the attraction did open, it was full of stops and starts. The technical rehearsals are a way for the park to work out some of the bugs in the system before the big grand opening. As for the attraction itself, you’re taken through N.E.S.T. Headquarters where the final piece of the All-Spark rests. The All-Spark is the source that turns all electronics in the world into transformers. 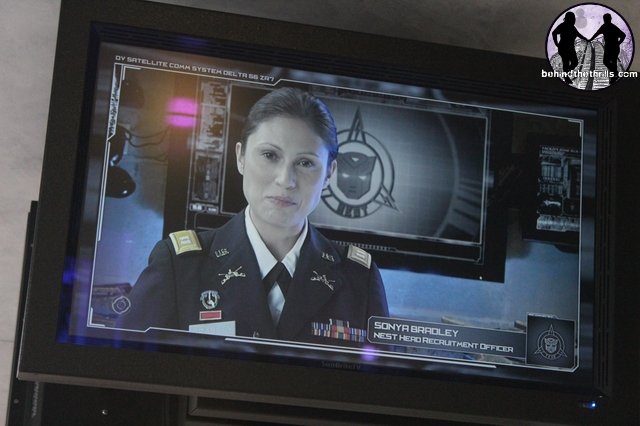 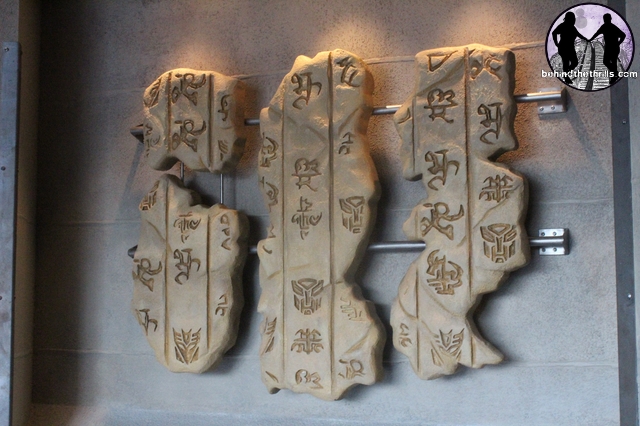 As you travel through the headquarters, a story unravels and you learn all about your training with the Autobots. We won’t go into any details, but through screens and machinery you get to see many different Transformers, including the all new EVAC. 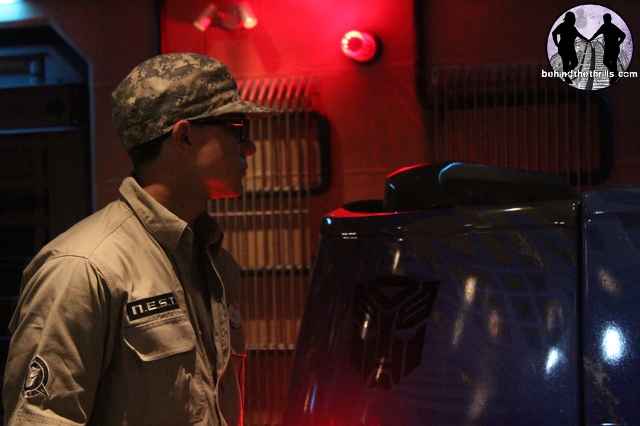 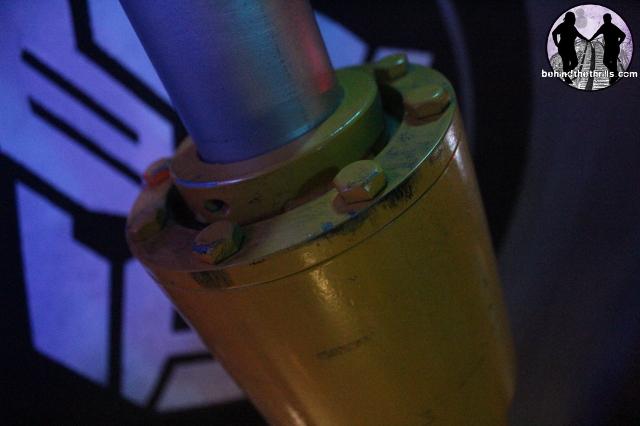 The attention to detail is always great at Universal’s attractions. The employees are all N.E.S.T. soldiers and are all very militaristic in their approach to the situation. The queue alone is so detailed that  there is even grease on the pistons that hold the doors up. We do have to say how amazing the ride staff was. They never stepped out of character for one moment, even when the ride was having technical difficulties.

Check out this video of team members singing a Transformers themed cadence:

While we did ride Transformers, we are going to wait to tell you about the ride experience until after the ride officially opens. But what we will tell you is that it’s good. The 3D is crisp, there are some great surprises and it’s a lot of fun for just about every age. Guests need to be 40 inches to ride, and it does have some fights between Transformers, some scary scenes that might be too much for the little ones and you will get a little wet.

In the meantime check out all of our pictures from inside the queue:

Here are some tips:

Overall the attraction is a great addition to Universal Studios, and will be a huge hit for crowds this summer. It officially opens June 20th, so check back for a more in depth review and even more pictures.

For more information about Transformers at Universal Orlando, visit the official website by clicking here!