You’ve been told to prepare for several weeks, and now the wait is over. The time for battle is now as Transformers:The Ride 3D officially opened Thursday! A red carpet lined the streets as guests and media lined up to catch a glimpse of all the festivities. The crowd roared as flames shot to the skies, and Steven Spielberg strolled down the streets of Universal with Optimus Prime being ever watchful. With planes flying over head, explosions of course Transformers, the grand opening of the new ride seemed less like a theme park, and more like a Hollywood production! 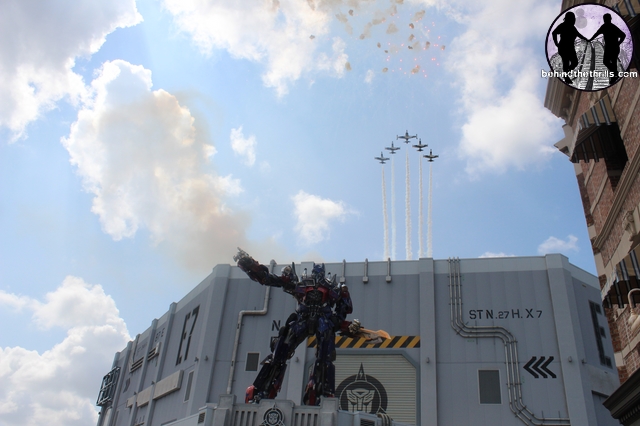 Universal execs, representatives from Hasbro even the voices of some of the key characters walked down the red carpet in true Hollywood fashion during the massive grand opening celebration of Transformers:The Ride 3D at Universal Studios Hollywood. 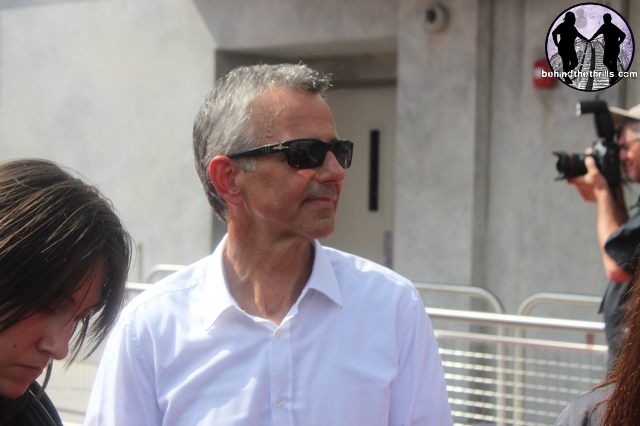 “The hyper-realism of the environments, the scale of the characters and all the action of Michael Bay movie is what you’ll experience when you experience Transformers.” said Universal Creative President Mark Woodbury who was on hand to talk about the all new attraction . 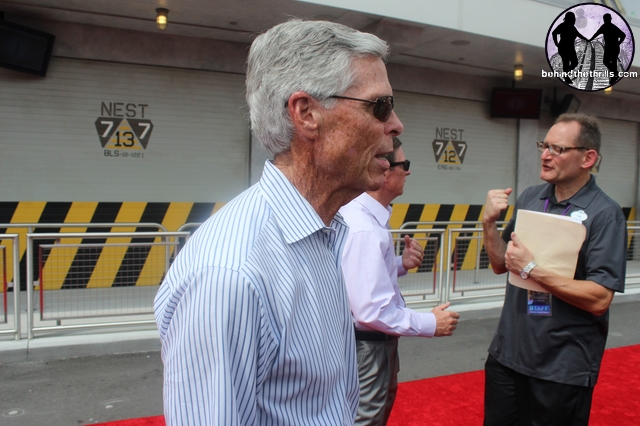 “Transformers brings a worldwide popular franchise based on three films, with a 4th on the way, that has a huge fanbase.” Tom Williams CEO Universal Parks&Resorts “It’s so immersive and fun, and contributes to the overall brand we have at Universal Studios where we put you into the movies!” 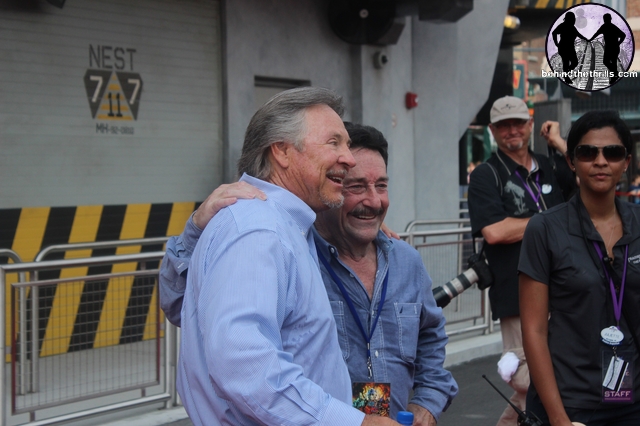 Also on hand were voice acting legends, Frank Welker and Peter Cullen (in the image above). The two provided the voices of Optimus Prime and Megatron, and both legends in the acting community. Welker himself is credited with over 600 different roles in T.V. film and video games.

Check out our interviews with both of them: 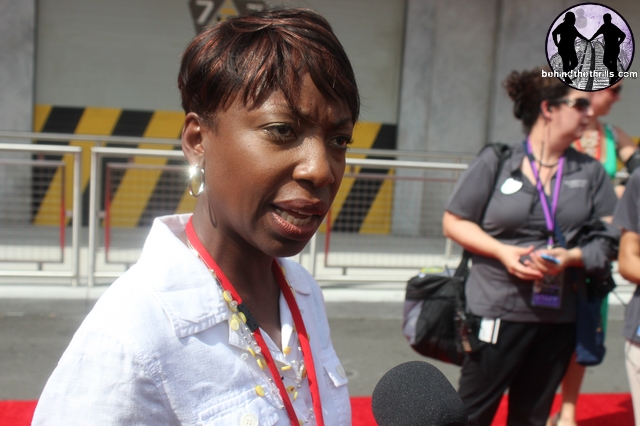 Bryony Bouyer, Senior Vice President of Global Promotions and Marketing Partnerships told us that the ride is the “Ultimate experience on every level” as Michael Bay’s Transformers film serves as the basis for the new attraction. Bay helped bring Transformers to a new audience in a larger than life way by directing three films and starting development on a fourth. 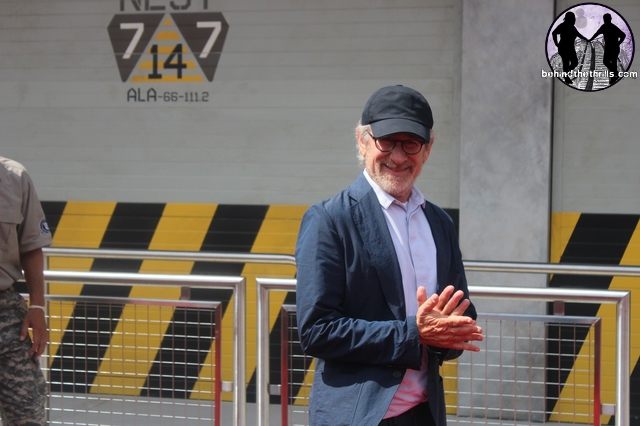 Legendary film director and Transformers film producer, Steven Spielberg made a surprise appearance down the red carpet as well exclaiming “THE RIDE IS AWESOME!”

We can’t argue there. 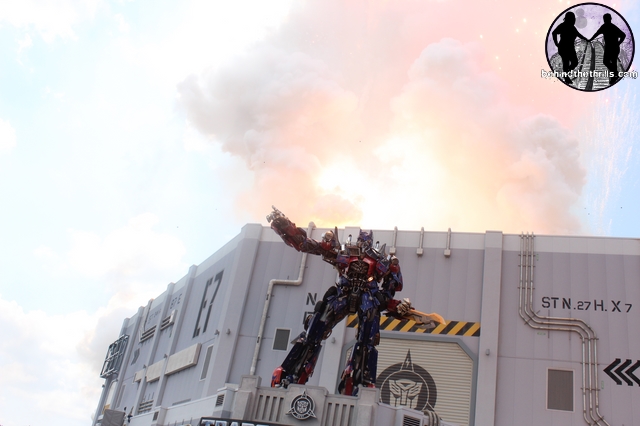 If the red carpet wasn’t enough, the crowd was treated to a high energy “explosive” show directed by Universal’s Assistant Director of Creative Development forArt and Design, Michael Aiello. As General General Morshower, played by the films very own Glenn Morshower, took to the streets a Decepticon attack on the all new N.E.S.T. training facility played out. Huge explosions rocketed the streets as flames shot from all directions, and a tactical flyby of a squadron of L-39 jets provided by the Black Diamond Jet Team (click here for their website!)

Check out the entire Opening Ceremony, including a tribute to the U.S. Armed Forces:

See even more pictures of the huge grand opening:

Transformers:The Ride is just one of the many new additions happening at Universal Orlando. Last year the park premiered the huge new Superstar Parade, Cinematic Spectacular nighttime show and of course Despicable Me:Minion Mayhem. Next year the park will premiere The Wizarding World of Harry Potter:Diagon Alley.
For more information about Universal Orlando, including tickets and your ticket to battle with the Transformers, visit the official website by clicking here!