Cedar Point is in for a big change… again!

“I would like to thank John for his 40 years of service and extensive contributions to Cedar Fair,” said Richard Zimmerman, Chief Operating Officer of Cedar Fair Entertainment Company. “John has helped to grow Cedar Point from a one park, one hotel, one marina operation, to the ‘Best Amusement Park in the World’ with a separately-gated water park, four hotels, two marinas, cottages and luxury campgrounds. He has directed the marketing campaigns for Cedar Point’s most iconic rides including Magnum, Raptor, Mean Streak, Mantis, Millennium Force, and Top Thrill Dragster. Throughout his career, John has led by example, emphasizing the Cedar Fair cornerstones and ensuring that each guest has a ‘Best-Day-of-Summer’ experience, each and every time they visited a Cedar Fair park. We will miss John and we wish him a happy and healthy retirement.” 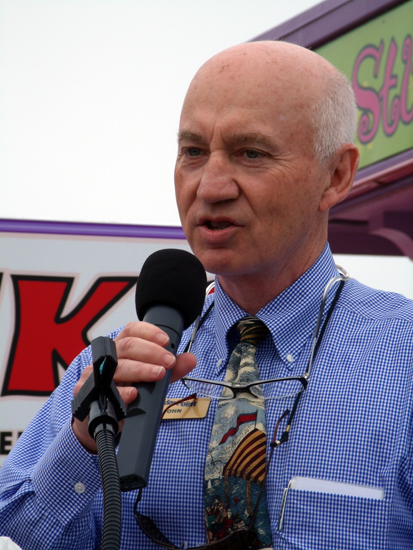 John began his career with Cedar Point as a seasonal employee in Rides in 1969. He joined the Company full-time in February 1974 as a staff writer in the Marketing Department and went on to serve in various marketing and leadership roles including, Communications Manager, Marketing Manager, Director of Marketing and Vice President of Marketing.

Fehnel has more than 20 years of experience with Cedar Fair and its Dorney Park amusement park. He began his career as a seasonal employee within the Games Department and has served in a variety of leadership roles throughout Games, Merchandise and Foods before being promoted to Vice President and Assistant General Manager in 2013.

In his 40 seasons at Cedar Point, Vice President and General Manager John Hildebrandt has witnessed the unveilings of many new roller coasters, starting with Corkscrew in 1976. John was a key element to the famous Kinzel era helping create “The Best Amusement Park in the World”.  John was one of the nicest GM’s you could ever meet. His daily presence at the park and at future press conferences will be missed.

For more about Cedar Point visit the official website at CedarPoint.com