File this one under a strong rumor…but a rumor none the less. According to HNUOffiical (click here for their Facebook page), there was a leak of the new Evil Dead DVD, scheduled to be released on July 16th. On the DVD release was a contest to win a trip to experience Evil Dead, like never before. 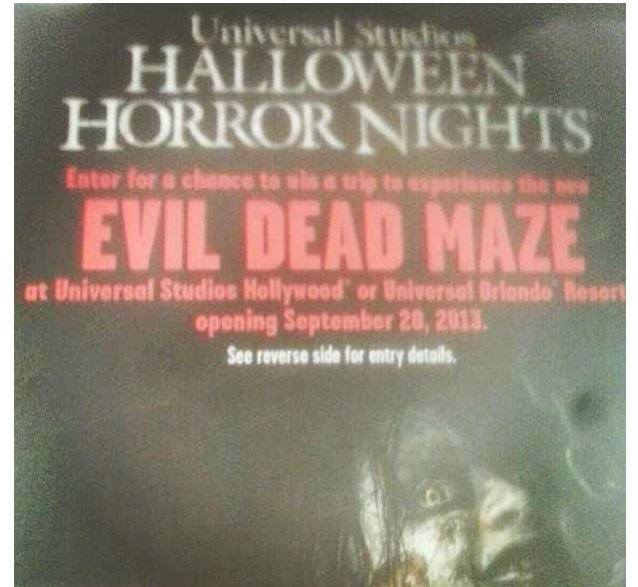 It appears that the Evil Dead Remake will be the focus of a new house at Halloween Horror Nights for both Hollywood and Orlando this year.

The film was extremely gory, and very well done. It did a great job of taking the old and splashing it with a very generous helping of “new blood” so to speak.

The DVD hits July 16th, and it’s possible that we could see an announcement on the very same day, the day before San Diego Comic Con starts.

For more information about either event, visit the official website by clicking here!