Kings Island hasn’t wasted any time with an all new project. The park located in Mason, Ohio completed demolition on their troubled Son of Beast coaster earlier this year, and have already paved the way for an all new attraction to be put in it’s place. While many speculated on when the new attraction will open, Kings Island at least gave a hint as to when we’ll learn not only when, but also what. 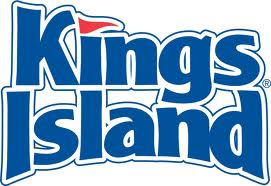 We will unveil plans for a new world record-breaking attraction August 8 at 10pm. You don’t want to miss it!

What will IT be? Rumors have been running rampant of a new coaster, as footers looked to have been poured in the home of Son Of Beast. Sites have also reported that the trademark name of “Banshee” has been filed for the park.

Earlier this summer we were onsite to take a look at the construction happening:

All signs point to a coaster, which for the park is an easy guess. The park added it’s last coaster in 2009 with Diamondback, and hasn’t added another since. The last major attraction has been Windseeker and Dinosaurs Alive. If it is a coaster, what kind will it be? The current trend is for B&M Wing Riders, which sister park Cedar Point just opened this year when it opened the all new Gatekeeper.

Park chains have a habit of building the same type of attraction in other parks within years of each other. Also given the name Banshee, which is a “flying” screaming demon, it’s not outside of the realm of possibility that the park chain will opt to open another Wingrider coaster. Of course, this is all speculation at this point, and nothing is official until the park announces it officially, which will happen August 8th at 10p.m. The announcement will be made in the Action Zone area of the park immediately following the park’s fireworks show.
Stay tuned to us here, and follow along with us on Twitter @BehindThrills for more information as we get it.

For more information, including tickets to Kings Island, visit the official website by clicking here!