Monsters, Apple, and The World’s Oldest Teenager among the recipients of this year’s Disney Legends Award

It’s a 26 year old tradition that is one of the most touching moments of the D23 Expo. The Disney Legends Award is a  tradition started by the Walt Disney Company to honor visionaries who help create the magic behind the scenes. Whether innovators, animators, actors or business partners, the men and women who have received the award are those who have made Disney what it is today, both as a business and as a source of magic. This year’s eight recipients will be honored during the D23 Expo on Saturday August 10th at 2p.m. 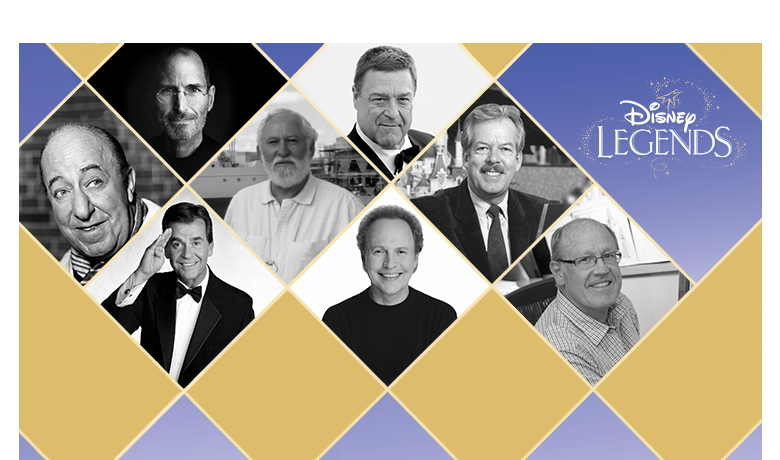 “The Disney Legend Award is our highest and most coveted honor,” said Disney Chairman and CEO Bob Iger. “It’s reserved for the extraordinary visionaries and artists behind the Disney magic, the men and women who push the limits of innovation and creativity to ensure Disney remains truly special. The eight Legends we honor this year helped create some of our most beloved characters along with exciting new worlds and thrilling attractions.  They also entertained millions of people and expanded our definition of what’s possible. They are all indelible parts of our legacy, and we are proud to recognize them as true Disney Legends.”

This year’s recipients come from all aspects of the Walt Disney Company and have worked with the company in different ways.

Each honoree receives a two-foot-tall bronze Disney Legends sculpture that signifies the imagination, creativity and magic they have brought to the Company. Disney Legends Award recipients also participate in a handprint ceremony, and their bronzed prints will be displayed in the DisneyLegendsPlaza at the Company’s Burbank headquarters.

Since the first honoree in 1987 there have been 237 inductees including Julie Andrews, Robin Williams and a slew of other actors, actresses, Imagineers, animators and more! Events like the Legends ceremony and many others are included with D23 admission.

For more information, including tickets and pricing, visit the official D23 Expo website by clicking here!