Universal Studios Florida is making amazing progress with their all new Springfield area. Less than a month ago we took a construction tour, showing off nothing but lots of empty building shells. Now the entire area is just about complete, and Springfield is looking more alive than ever! We also spot something interesting over at the location for the new Diagon Alley! 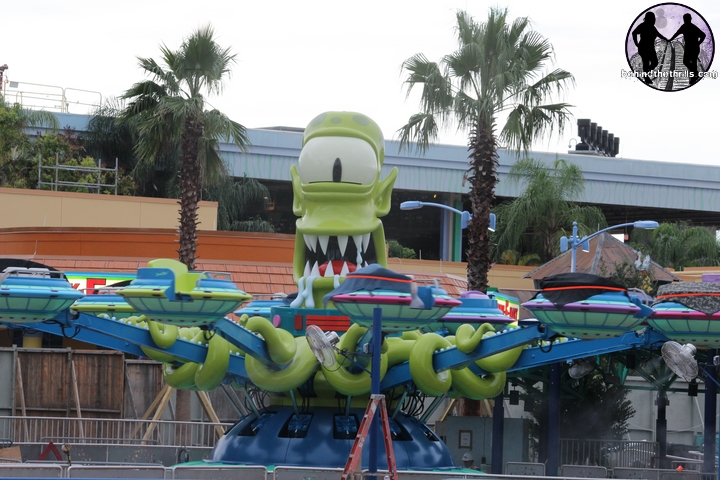 The biggest sign of progress comes from the all new Zamperla flat spinning ride, Kodos and Kang’s Twirl n Hurl. The new ride has been testing frequently, but lately the attraction has had some riders…a bunch of dummies. Water dummies, to be exact. Water dummies are used to test the attraction before people get to ride it. Some are the same shape as people, these are more representative of just the weight.

Here’s a short video showing off the testing process:

And here’s a longer video of not only the testing, but a walk all around Springfield and The Wizarding World of Harry Potter! 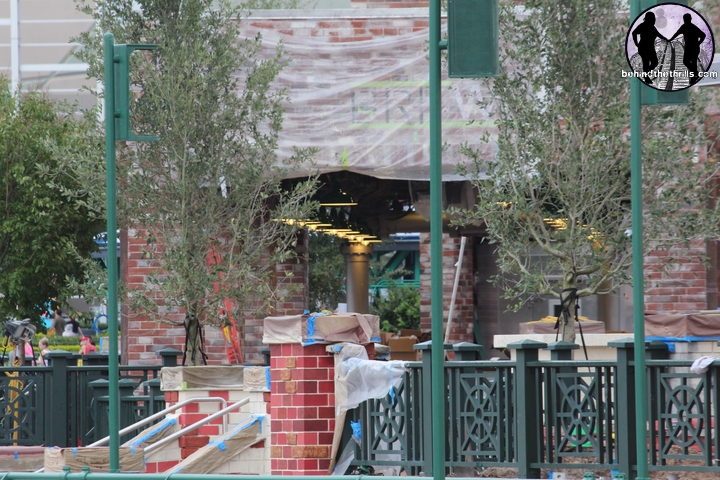 Elsewhere in the area, Duff Gardens is adding the final touches. The actual building itself will be a bar and dining area, where guests can get Duff Beer, Flaming Moes and food! 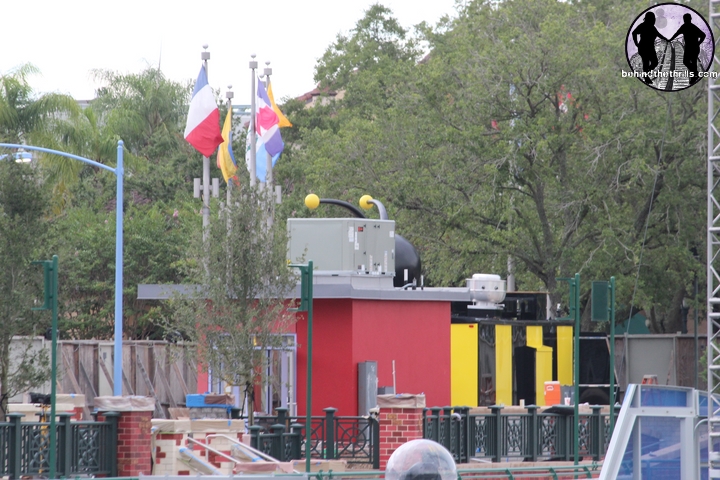 The area will also feature Lard Lad Donuts, along with a huge statue of Lard Lad! The statue will be just about 30 feet tall and will feature a massively huge donut. You can currently purchase a Lard Lad Donut in Springfield, both in the Kwik E Mart and in Fast Food Boulevard. 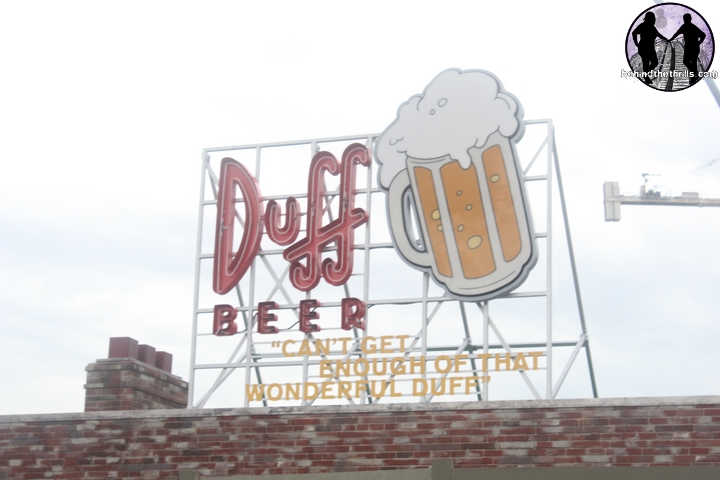 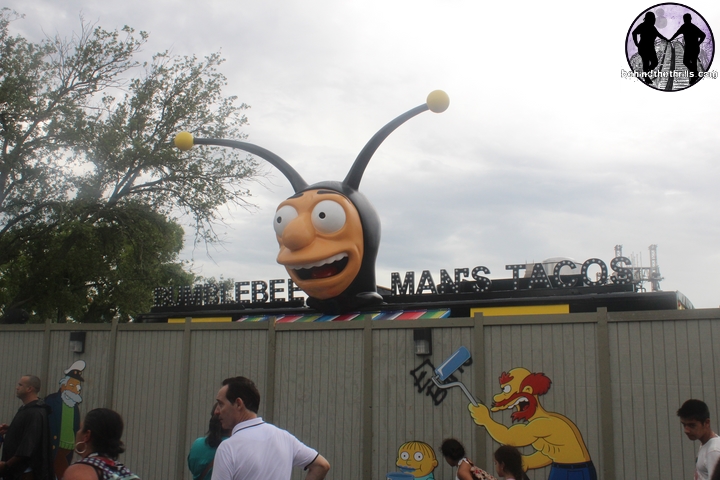 Signs are starting pop up for Duff Brewery, and of course Bumblebee Man’s Tacos. The Taco truck is really an ingenious idea. There is a huge trend right now for food trucks. Why not take that trend and put a cool spin on it? That’s exactly what Universal will do with the taco truck. With the amazing attention to detail in the rest of Fast Food Boulevard, it will be very exciting to see what kind of culinary creations Chef Steve Jayson and the crew have in store. You can believe that it won’t be a typical taco stand. 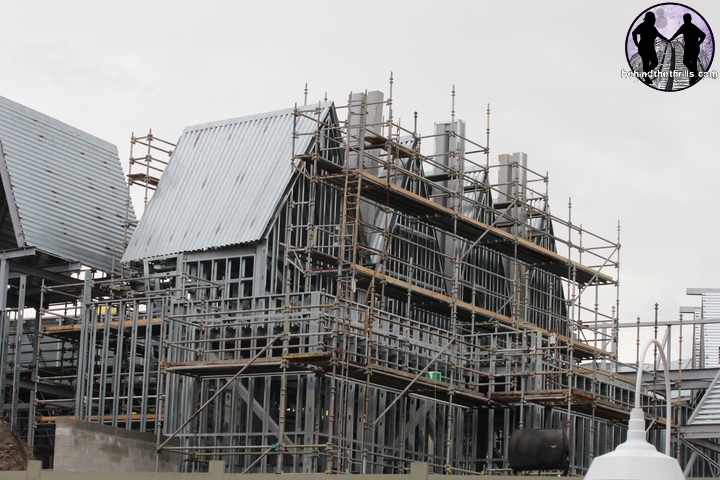 The Wizarding World of Harry Potter continues to gain momentum, using a cool little charm called “constructus nonstopus”. The outside framework along the side is almost finished, and within the next few weeks we should start to see some exterior work being done. We think we are starting to see the outline of The Leaky Cauldron here. 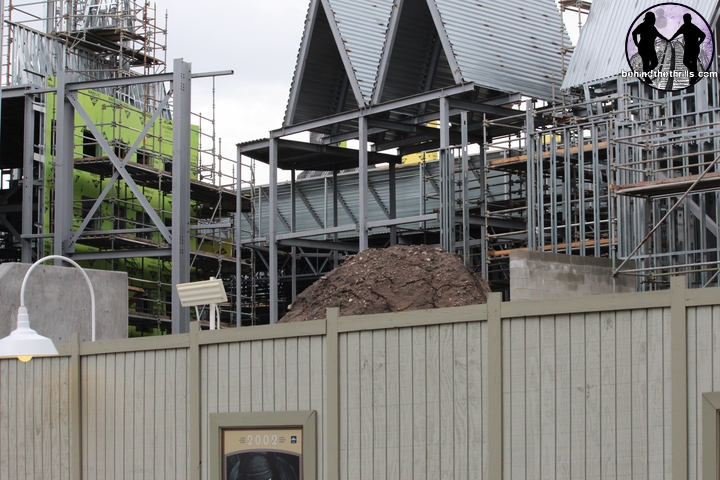 In the book, the Leaky Cauldron was the gateway to The Wizarding World’s Diagon Alley. Behind the restaurant was a wall which, when tapped with your wand revealed the Wizarding World. We may be seeing the wand, and the entrance to Diagon Alley starting to peep out over construction wall. It’s going to be a lot of fun to see this in action. In 2014 the Wizarding World of Harry Potter-Diagon Alley will be open to muggles worldwide! The area will feature a wild adventure in Gringott’s Wizard bank, dragons, shops, and of course The Hogwarts Express! If you’ve visited the Wizarding World before, you won’t want to miss this new addition.

Check out more pictures from around the park:

Universal Orlando is going to have so much lined up for guests in the coming months, you’re not going to want to miss one bit. Springfield is expected to open within the next few weeks, The Wizarding World will open next year, and the all new Cabana Bay Beach opens next March!