A Fourth of July Tradition almost didn’t happen as the landmark that stretched to the sky threatened to come down. Astrotower, the huge non functioning tower ride that is located near the Coney Island Cyclone in Luna Park, has partially come down after New York Fire Department officials deemed it unsafe after an anonymous report said it was “swaying in the wind”. As a precaution, Luna Park was closed on July 3rd. 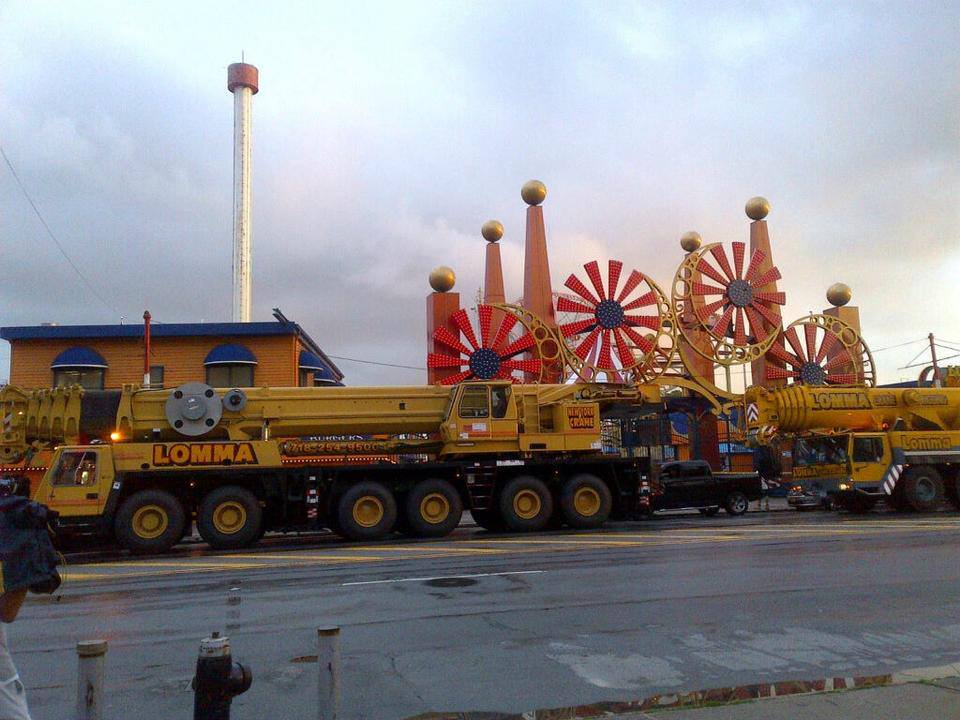 It has been decided that a part of the Astrotower will be removed so that areas that have been temporarily closed can reopen and operate normally and ensure the safety of everyone. The cranes have arrived and work will begin shortly.

A 4th of July ride on the Cyclone, a trip on the Ferris Wheel, and a Nathan’s Hot Dog is a tradition as American Pie. Many feared that the park would be closed as the annual Hot Dog Eating Contest neared. Huge chunks of the tower were removed as fire crews sprayed water on the surrounding areas to avoid fires from the sparks of the welding torches. The goal was to get the tower down enough that it would no longer pose a threat to surrounding areas if it fell.

Finally around 3p.m. the all clear was given.

City officials have lifted the “freeze zone” around the perimeter of the Astrotower after overnight efforts to stabilize the tower proved successful.

While it’s unclear if owners will try to restore the landmark, or if the rest will come down as well, the area is once again open, and ready for business. Luna Park has also taken the 4th of July as the opportunity to officially open it’s all new flat ride, Magic Bikes. 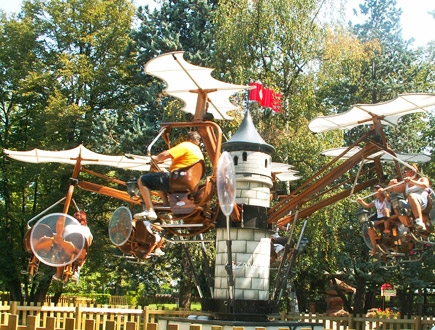 Magic Bikes are made by Zamperla, and is a spinning ride in which riders pedal to raise up or down the tower as it spins them around. For the latest updates, be sure to stay tuned or follow us on Twitter @BehindThrills