Rumor Mill-A Journey into Imagination to close in January?

Apparently it takes more than one little spark to keep Imagination running. According to unconfirmed report by the Epcot Explorer’s Encyclopedia (Click here) Dr. Nigel Channing and the Imagination Institute will be pullung up shop. What will the future hold for our favorite purple dragon? We take a closer look as the rumor mill keeps churning. 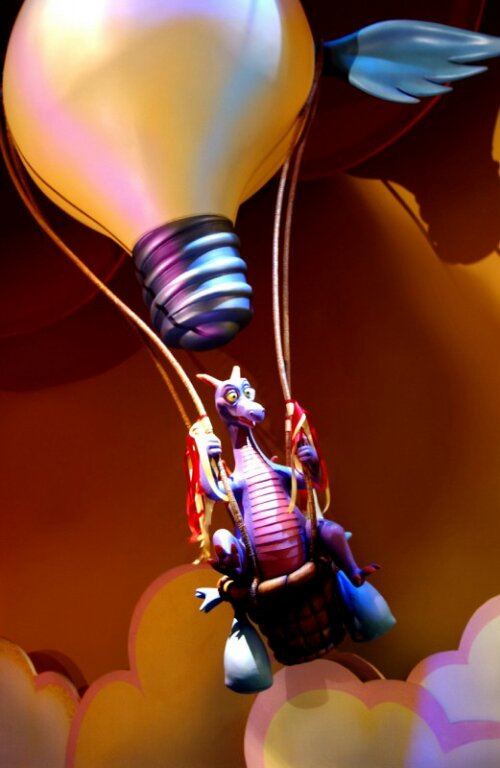 A few years back, EPCOT removed the extremely dated Honey, I shrunk the audience 3D show and put in the even older Captain Eo, featuring the late Michael Jackson. Almost immediately the attraction became unpopular, as it is extremely dated. Rumors started churning about a possible replacement. Everything from Star Wars, to Pixar to a new restaurant had been rumored to take it’s place. Keep in mind, it was only rumored to be the show attached to the Imagination pavilion that was going to be removed.

Now comes word that not only will Captain EO close, but the whole Imagination Pavilion will close for a year long rehab. While there are no details, and nothing to confirm this, it’s believed that because of this the ride as we know it will close for good. It’s believed that Disney will use this downtime to completely revamp the ride. Many fans are clinging to hopes that the ride will return to it’s original form, with Dreamfinder.

Keep in mind this is all rumor, and until Disney confirms it, it’s not happening.

However, it should be pointed out that The Enchanted Tiki Room was returned to it’s original form recently.  Plus there is the ever present nostalgia factor.  Dreamfinder very well could come back. He is one of the most beloved original characters at EPCOT. The park closed the ride in 1998 to revamp it to a ride about the senses. After guest complaints the park once again revamped the attraction in 2002 to include Figment, the little purple dragon in every show scene.
Here’s the original version:

So what do you think? Is Disney revamping the ride yet again? Will they give into nostalgia and bring tthe Dreamfinder back into everyone’s imaginations? With the advance in technology, it’s possible we could see video games and computers included with the new Imagination inspirations. Then again, the park may not be upgrading the ride at all, but instead of adding interactive elements to the lines like they’ve done on a lot of other popular attractions.

Stay tuned to see if the rumors develop or fall flat Be sure to follow us on Twitter @Behindthrills for the latest.

For more information on Journey into imagination, visit the official website by clicking here!