Last year The Walking Dead Escape was a sleeper hit. Not a lot of people really knew what to expect in the first year, us included. This year The Walking Dead Escape was a lot bigger. Thanks to the great response last year, and then earlier this year with an event in Philadelphia (Click here for info on that), the San Diego Event got a lot of attention. AMC partnered with it, and even the people that bring you the zombies for the show partnered. What happened though, no one could expect…total infection. 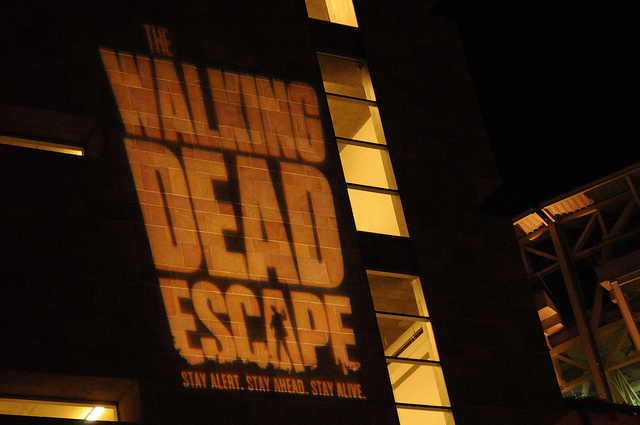 Once again The Walking Dead Escape took over PetCo Park in San Diego, right smack dab in the middle of the biggest geek convention this side of a Tardis, Comic Con. The premise of the Walking Dead Escape is simple-The dead have risen, and if they bite you, you are either food or you are infected. The military has made a last ditch effort to get all the survivors in one place, while detaining the zombies. Of course, all hell breaks loose as the Walkers break loose and now instead of a safe zone, you must escape the arena…or be turned. 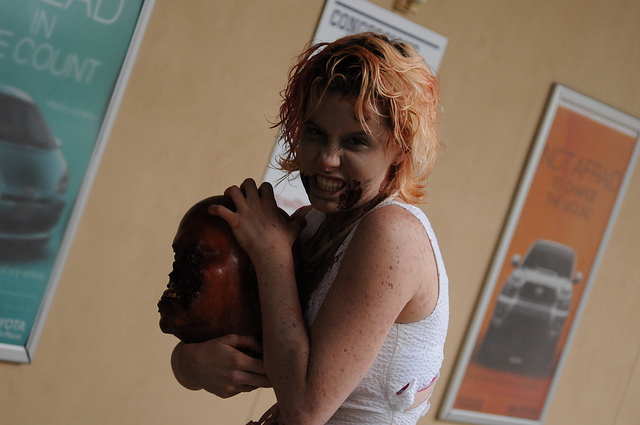 There are three different ways to experience the escape. You’re either a walker, with make up expertly done by the make up team of Greg Nicotero, who does the make up and zombie effects for The Walking Dead show. 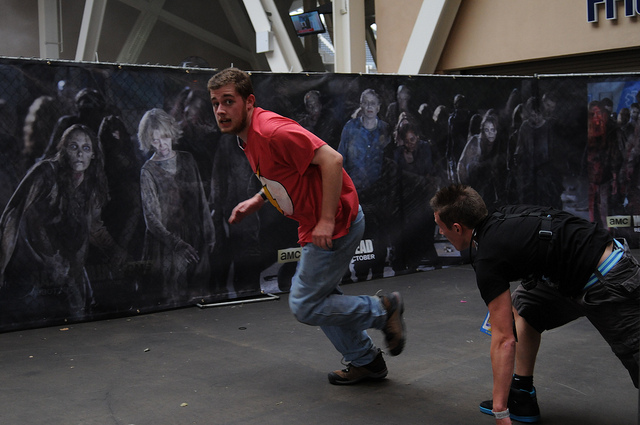 You can also choose to be a survivor, running for your life from the hordes of walkers. The goal is to get from one side of the arena to the next. If you make it, you win and you are rewarded. If you don’t make it, you are tagged with a special mark and, like all Walkers…executed. 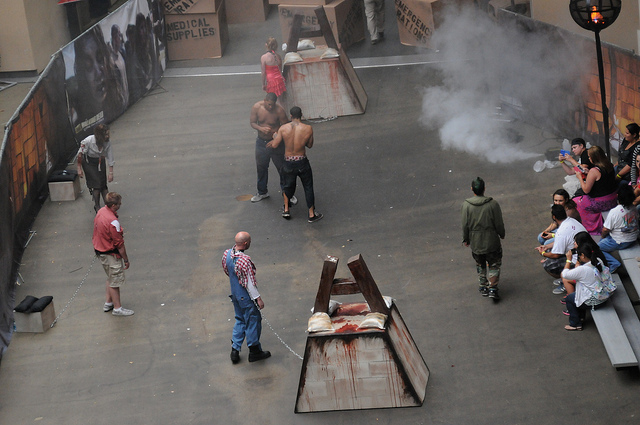 Third option, you choose to simply watch as a spectator. There is plenty to see, such as the zombie fights from Woodbury and the course itself. There is a lot of action happening on the course that you can have just as much fun watching as you can participating. 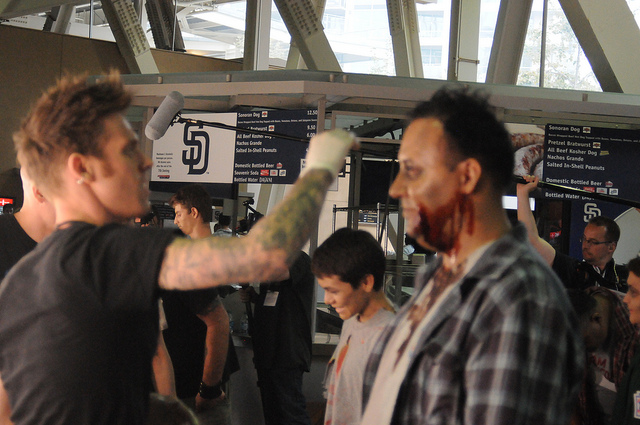 The make up in the event has improved a great deal over last year. Tons of new make up artists, and techniques. The sheer number of walkers also was a huge improvement. 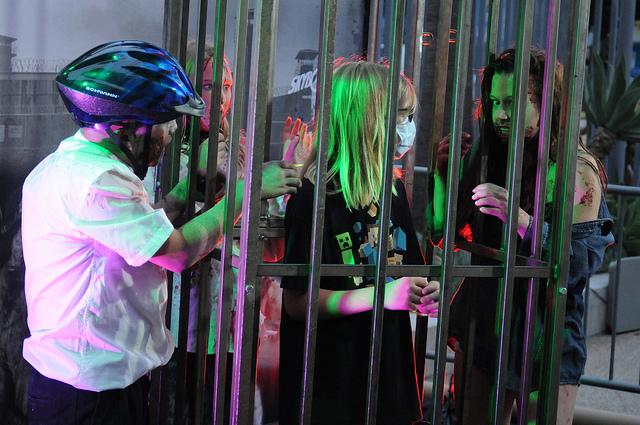 This year also feature a great new after party with tons of walkers and survivors co-mingling for great photo ops. 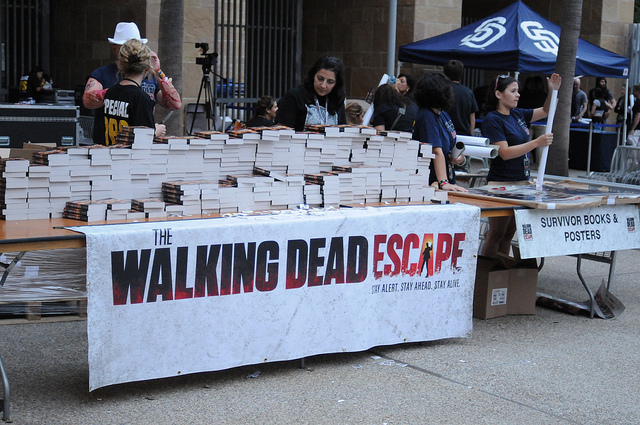 Those who survived were given posters, and the very limited edition Walking Dead Graphic Novel. The Walking Dead is a worldwide phenomenon, with fans reaching every country and aspect of life. The Walking Dead Escape is the perfect companion to the show. It’s an obstacle course the likes of which you’ve never seen. With each event, like the plague of zombies that it brings, it grows and spreads wider. With any luck, we’ll see even more events in the coming years, in more cities.

Check out our video highlighting the best parts of the event:

The event is something that needs to be experienced, especially if you’re a Walking Dead fan. We have a feeling that it will be back next year in San Diego and even more cities.
Check out even more pictures from the event:

For more information, including the next event, visit the official Walking Dead Escape website by clicking here!