It’s a SHELLABRATION at Universal Studios Hollywood as Spongebob Squarepants gets highlighted all weekend!

ARE YA READY KIDS! I CAN’T HEAR YOU! Seriously..I can’t hear you, it’s the internet. Universal Studios Hollywood wants to hear you, however, as they roll out a huge weekend-long SHELLABRATION. Spongebob Squarepants is the guest of honor, and Universal Studios Hollywood is pulling out all the stops to showcase the yellow sponge, who lives in a pineapple under the sea. There will be episode screenings, cast readings and more! 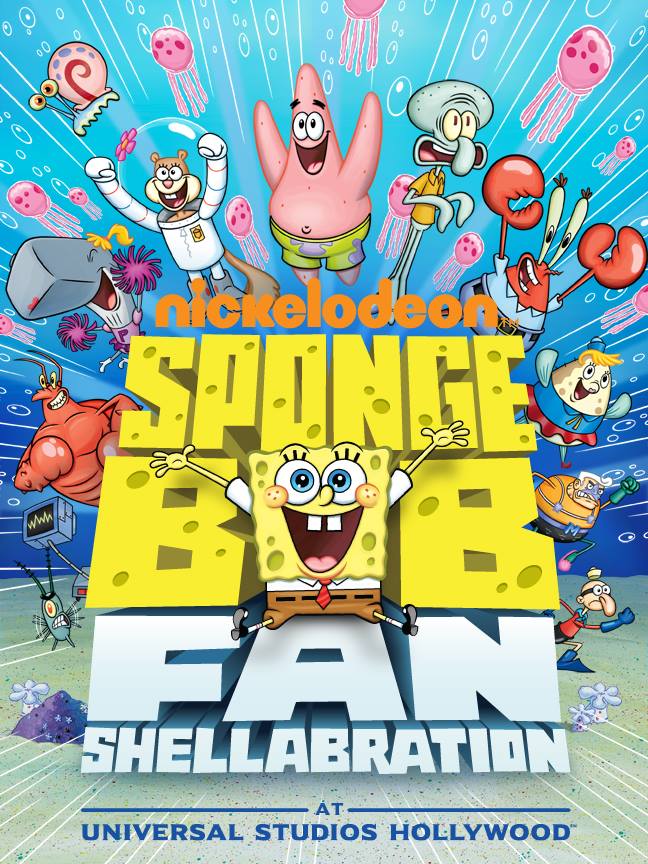 The Spongbob Fan Shellabration at Universal Studios Hollywood is the perfect way to celebrate the little knuckle head mcspazatron that has entertained audiences for 14 years. The fan celebration will be included with theme park admission and will feature tons of activities, celebrities and more!