Kings Island New Coaster Leaked-Bat or Banshee? Why not Both?!

Cedar Fair has had some mishaps over the past few years. Last year, Cedar Point’s Gatekeeper website was released before the announcement. Kings Island made a similar mistake today! or did they? Maybe this is just a diversion but maybe not… Would Cedar Fair make the same mistake twice? Maybe not. Maybe so.

One thing is for sure, Kings Island’s official website had the pages below up for a very short time earlier today. Was it an accident? The leaked site has the name of the ride as “The Bat”, like the suspended coaster that once lived at the park in the 80’s. According to this, the ride is a new record breaking wing coaster. 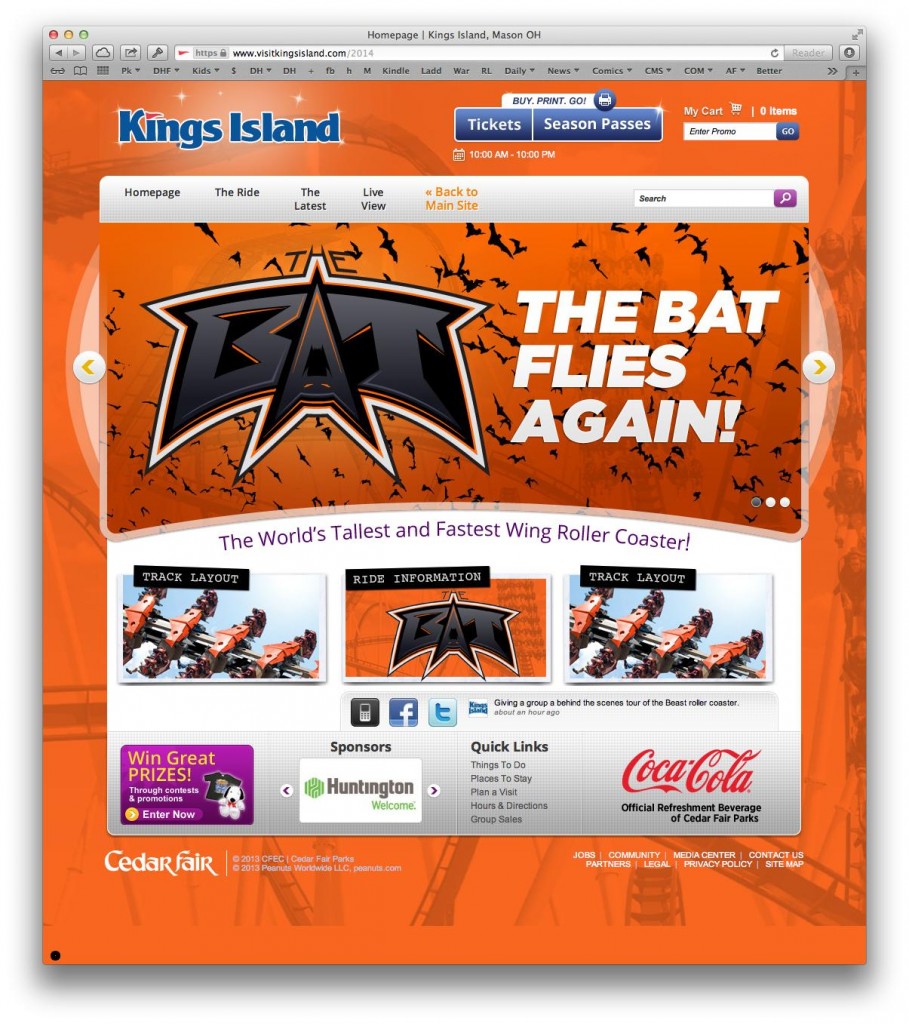 Although this was on the official Kings island website (which has now been removed) It  included pictures of Diamondback and Gatekeeper stock photos. Those may have just been filler pics until the actual photos were inserted while building their website. Maybe it is just another crazy diversion before the official announcement that takes place Thursday, August 8. We will let you be the judge of that. 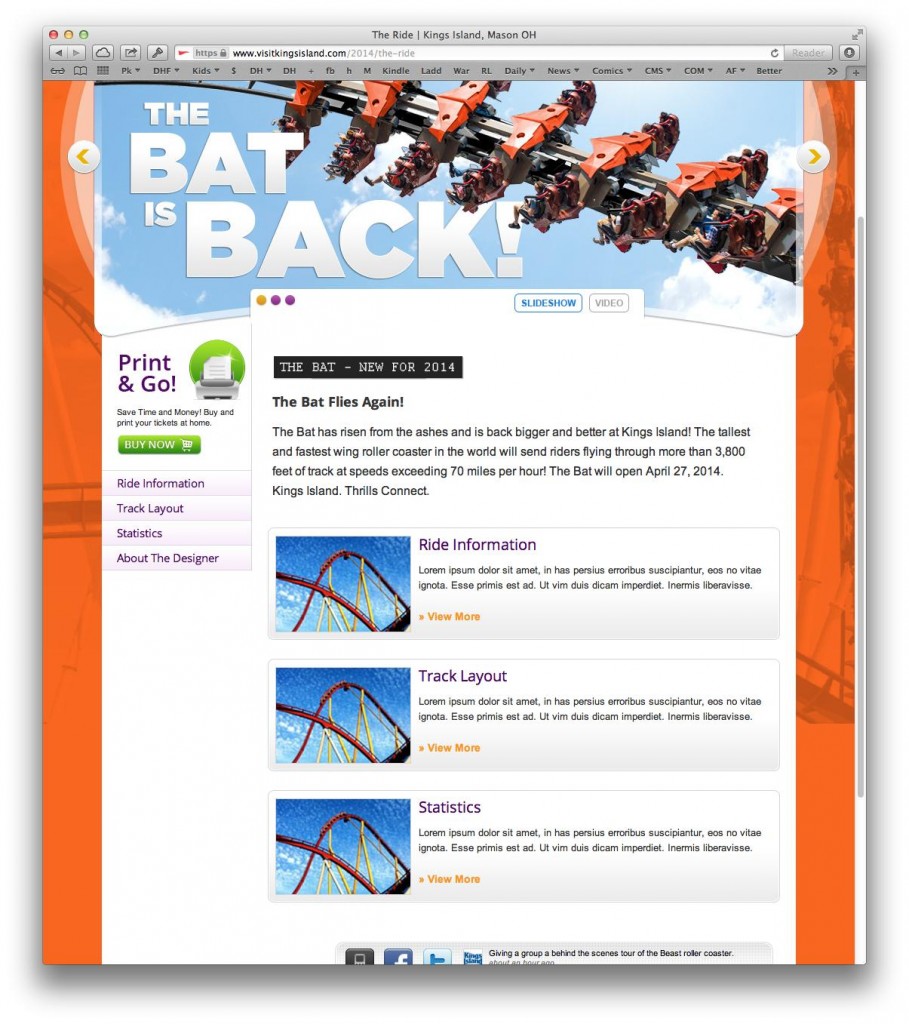 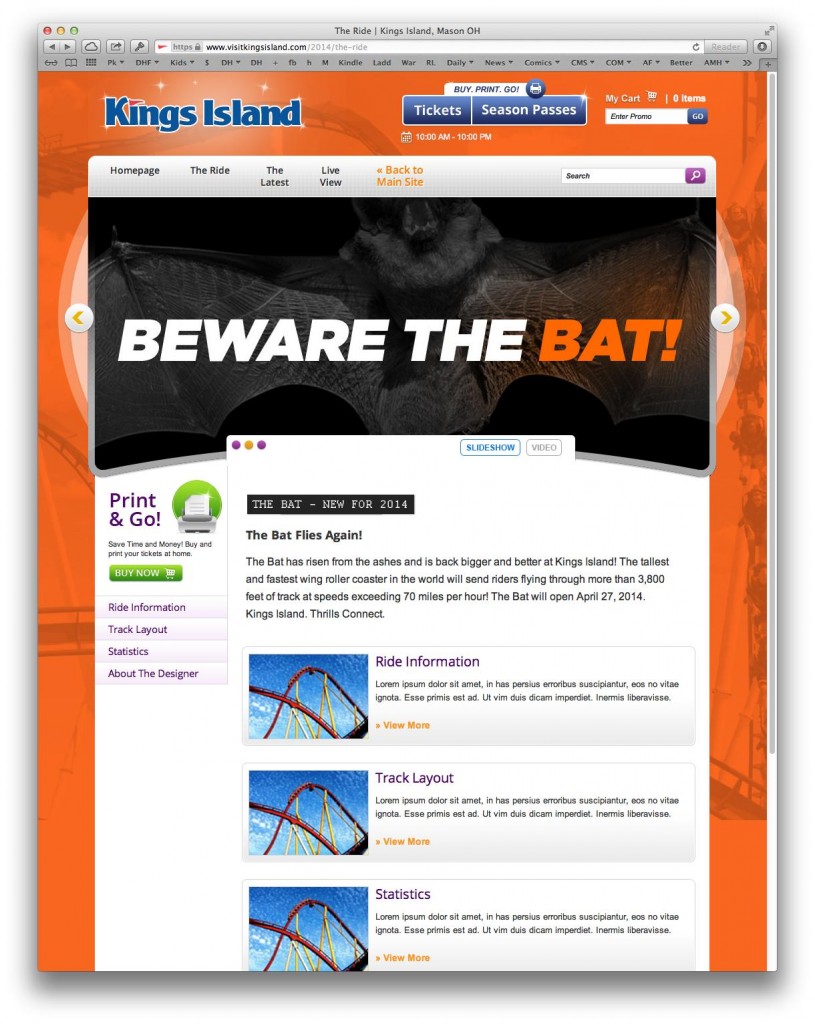 This is most likely a rouse to throw all the eager fans off, but several media outlets received silver combs. Silver combs are a common part of banshee folklore. So where does the Bat come in? According to CoasterForce, logos are being removed from the old “Flight Deck” coaster. The Bat was the same type of coaster as Flight Deck. They could very well just be renaming the coaster to coincide with The Banshee. Thanks to Screamscape for that theory. Can’t you see the merchandise now? “Fly the demons of the night!”

Check back Thursday as we provide details for Kings Islands newest attraction during the official announcement at 10pm est!