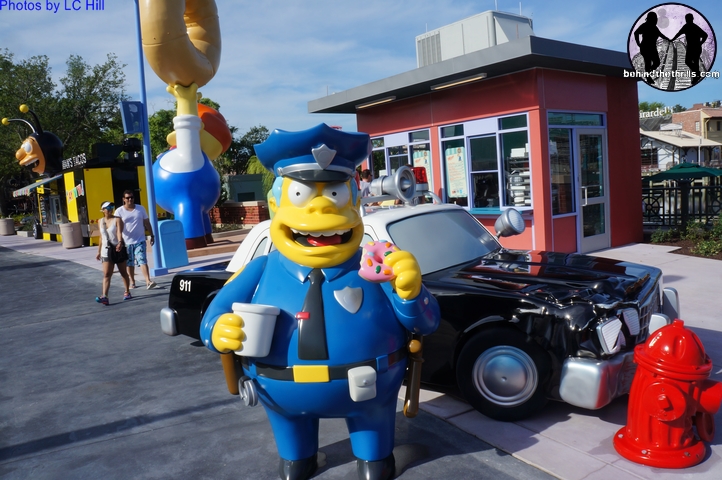 The all new Springfield area at Universal Studios brings the Simpsons to life like never before. Earlier this summer, Fast Food Boulevard brought the flavors and tastes of Springfield to the park. Now we see a little more, with Characters from the Simpsons ready for pictures and even more flavors. The characters are all static, and do not move, but they bring to life the silliness and fun from the TV show that’s been on for more than two decades. Chief Wiggum stands in front of his wrecked police car after being in a hurry for a fresh batch of Lard Lad Donuts. 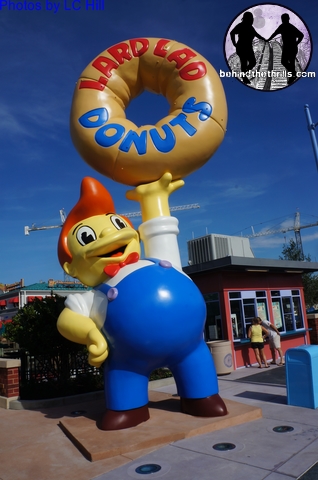 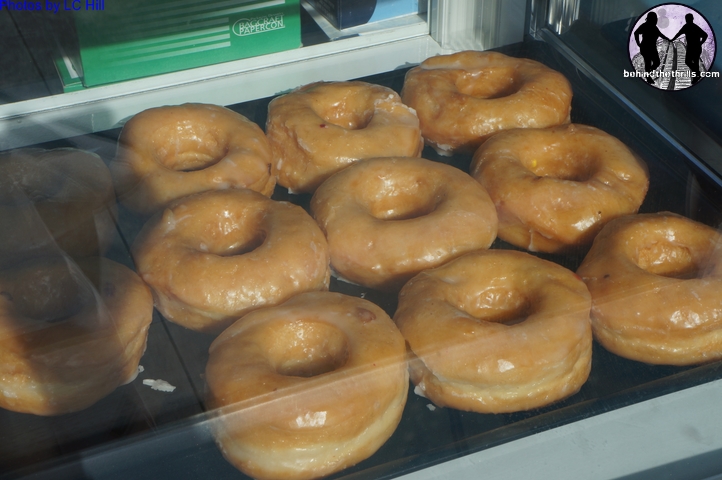 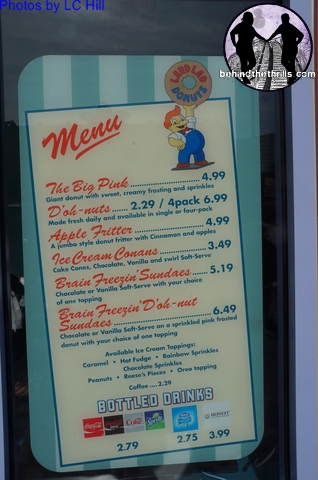 Lard Lad is a staple of the new area with his big girth and happy disposition displayed proudly! The Lard Lad Donut shop is relatively small, but serves a variety of Donuts and of course some specialties. The dining options here are inspired, like the rest of the area, from the show and everything here is either something you would see the characters eat or something that has been eaten in the show. 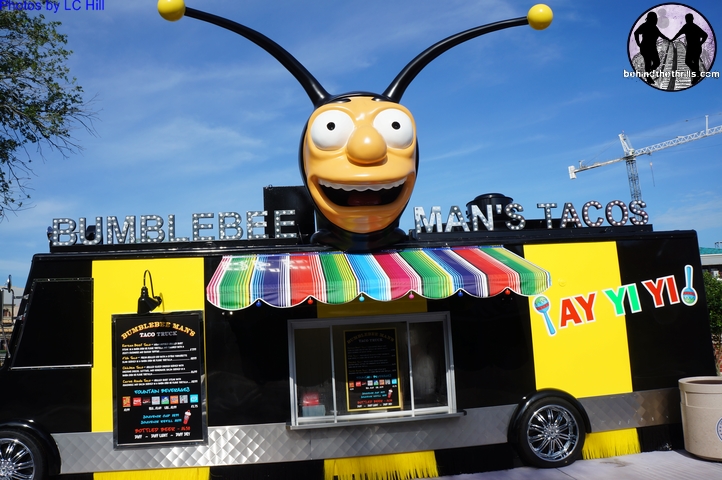 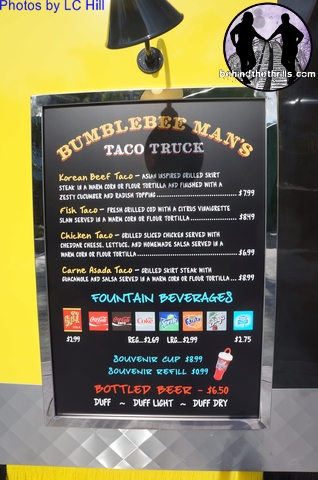 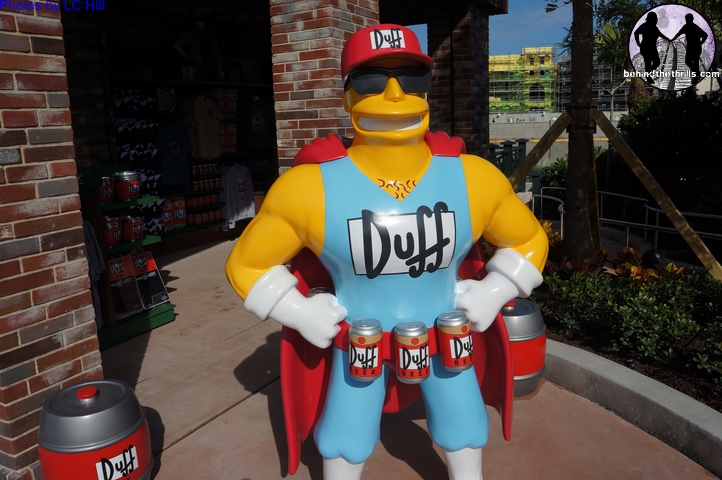 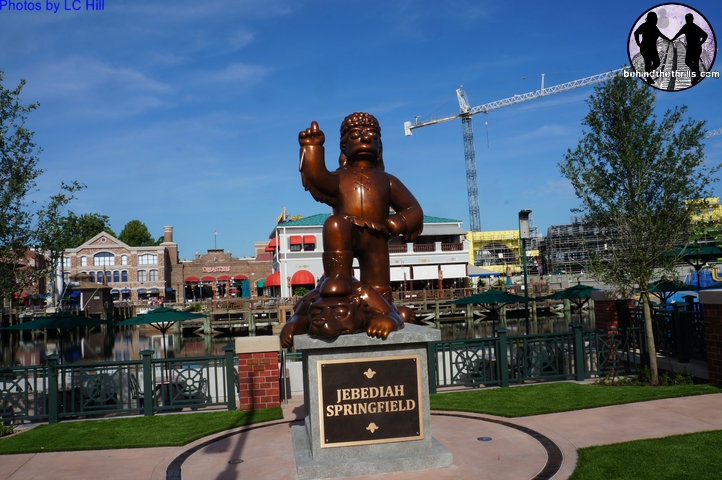 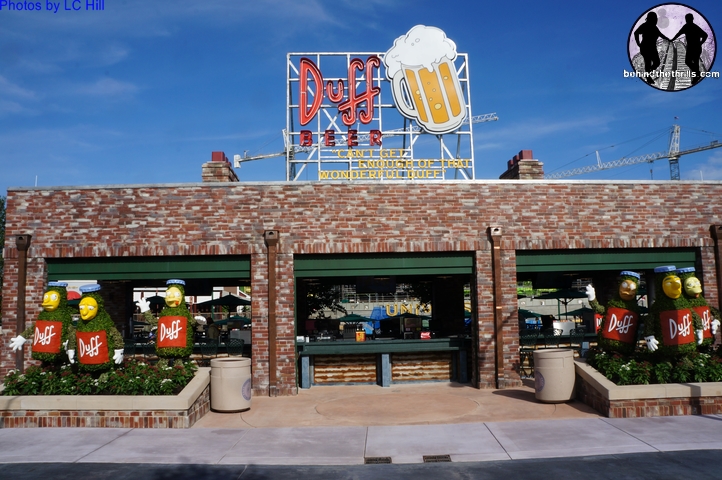 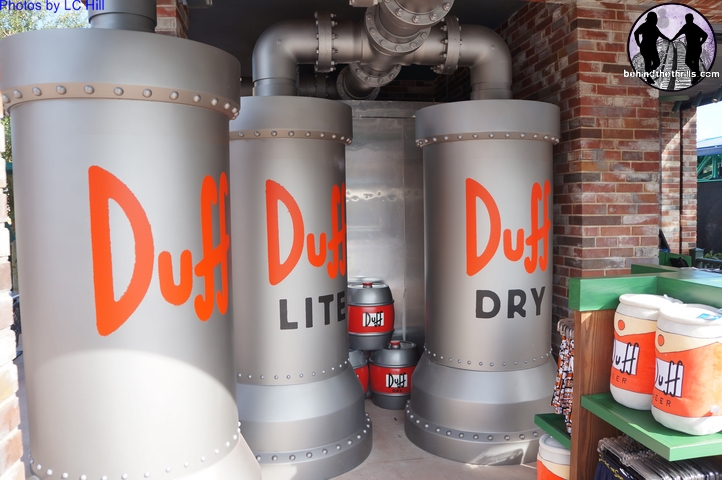 The rest of the area features Duff Man, Jebediah Springfield and even Duff Gardens and the Duff Brewery. Duff is the official Beer of the Simpsons, and is created specifically for Universal Orlando. The Duff Brewery is more a gift shop than it is a brewery, where you can get all kinds of great merchandise. Duff Gardens is a walk up bar where you can get Duff beer, but you can also get all of the signature non alcoholic drinks that are made just for this new area. In fact there are three types of Duff Beer, but there are five new non-alcoholic drinks, including Buzz Cola and Flaming Moes.

Check out this brief video walkthrough of Springfield:

The only thing not ready when we did our walkthrough was the all new spinning flat ride. Kang and Kodo’s Twirl and Hurl. However they were doing so much work to it, that it should be ready by the middle of the week at the latest.
Here’s a video showing off the work:

Overall the area is ripped straight from the show, and one of the most authentic experiences you’re going to find from the world of The Simpsons. It’s great for kids, and a lot of fun for adults as well. It brings home the little bit of Americana that the Simpsons projects, and celebrates it.
See even more pictures from around the park:

For more information on Springfield at Universal Orlando, visit the official website by clicking here!