The boy who lived is still a worldwide phenomenon years after the last book was published and the last film hit theaters. Universal Orlando has a lot to do with this, as their Wizarding World of Harry Potter has changed the theme park world in ways no one dared to think were possible. In January 2014, Universal will celebrate all things Harry Potter with a huge celebration. Get your wands ready! 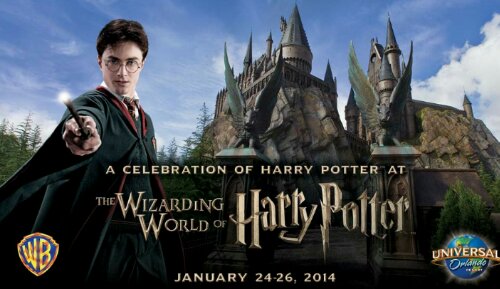 Warner Brothers and Universal Orlando are working together to bring the largest celebration this side of the Quidditch World Cup! January 24th-26th 2014, Universal will be home to Q&A sessions with some of the cast, a film tribute and even wand demonstrations!

The event will include the opportunity to attend a private evening reception, and of course the chance to live the adventure of Harry Potter in The Wizarding World of Harry Potter attraction.

Here’s highlights on what to expect:

-Attend Q&A sessions with Harry Potter talent, filmmakers, and other special guests (talent attendees will be announced at a later date)

-Learn the art of “duelling” at a wand masterclass that’s featured at theWarner Bros. Studio Tour London – The Making of Harry Potter and hosted by Paul Harris – the choreographer who trained the cast of the Harry Potter films

Universal Orlando has vacation packages available for the event. The packages include exclusive access and reserved seating. 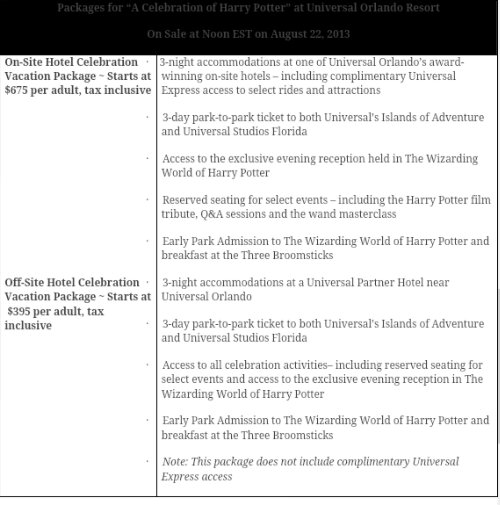 If you’re an annual passholder, you gain access to the celebration! However, the exclusive reception is not included with your annual pass. More information will be coming as the event gets closer.

Tickets are now on sale! For more information including tickets, and more details, visit the official website by clicking here!