The regular season is pretty much winding down at Busch Gardens Williamsburg. With Howl O Scream kicking off next week, the park held it’s annual passholder appreciation presentation to showcase some new offerings coming up for the remainder of the season as well as next year. The event is usually a huge affair, and showcases the big news that is coming to the park. This year, the big news was an invasion! 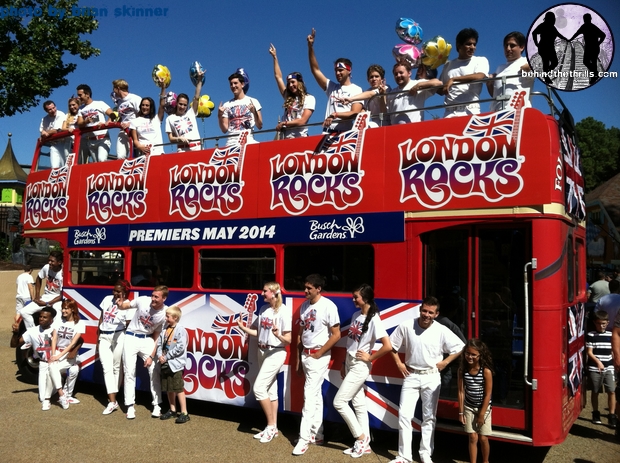 The annual passholder appreciation day kicked off in Das Festhaus at Busch Gardens Williamsburg to a huge crowd. The park traditionally uses this platform to announce exactly what they’ll be launching for the next year. This year, however, things seemed a little scaled back as only three major announcements were made, that were previously unknown.

The park gave a little more information about the “Terror-Tories” that will be taking over as scare zones this year for the annual haunt event. The park also unveiled that Italy would be the home to Captain Barghbie’s Booty, a store selling nautical and pirate themed gifts. During the day guests will be able to sample wine in the new store, but by night the pirates take over and it’s rum drinks all around.

The first big announcement came with Christmas Town, the park’s signature Holiday Event. Passholders can now purchase a Christmas Town pass that gets them into all nights of the event. The park usually charges passholders an additional ticket for the event.

This year’s inaugural Food&Wine Festival was a huge hit with guests. It’s no surprise that the event will once again be returning, and bigger than before. No details were given, but we’re going to go out on a limb and say that the event will expand the amount of days, as well as offerings. We’re even hearing rumblings of a concert series, and more adult beverages.

An all new show will be coming to the Globe Theater in 2014. London Rocks will feature music from British artists and will include a huge stage show. No other details were given,but this could be on par with Celtic Fyre in terms of stage production. Celtic Fyre is a fan favorite and has huge crowds for every performance.

There was no real huge announcement for the park in regards to rides, or even Water Country USA. There are rumors that something bigger will be announced at a later time, and that the park wasn’t ready to reveal all the details today. The last major attraction was Verbolten in 2012, with Mach Tower which opened very late in 2011.

Stay tuned for more as we hear it from Busch Gardens Williamsburg. Be sure to follow us on Twitter @BehindThrills for the very latest.