According to several news sources, the popular SeaSide Park boardwalk has many businesses now engulfed in flames. The blaze started at Kohr’s Frozen Custard, and has spread to Funtown Pier and other surrounding areas. The fire started at the iconic Kohr’s Custard around 2:30 p.m. and has had firefighters battling the blaze with difficulty. 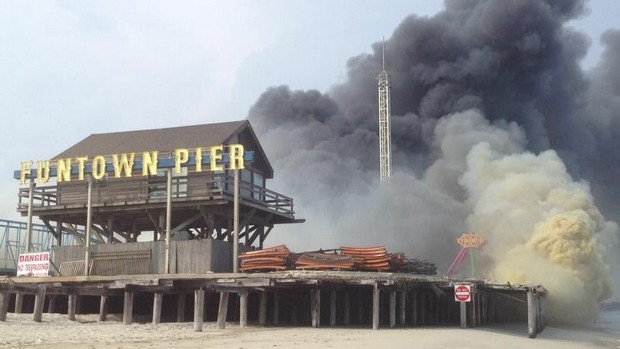 This is just one more disaster in an already damaged area.

Pretty much all of the Boardwalk area is in flames. The Fun Town Boardwalk was reported to be on fire and then collapsed a short time later. 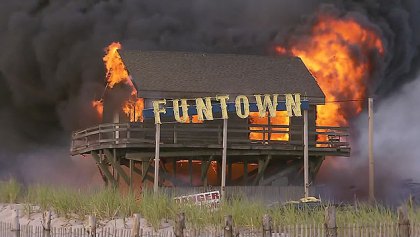 While the majority of people have been evacuated, there are several minor injuries. The boardwalk has been either burned by fire, or destroyed to stop the fire from spreading. It’s a terrible tragedy, and it’s not over yet. Our thoughts and prayers go out to the area, and hope that everyone stays safe. See a live feed of everything here.

Stay tuned for more as we learn it, and be sure to follow us on Twitter @BehindThrills for the latest.

TAGHurricane Sandy Seaside Heights Seaside Park
Previous PostHaunted Mansion Holiday Returns to Disneyland With Lots of New Suprises Next PostNeed some luck? The 13 best rides with an "unlucky theme" for this Friday the 13th!