September is here, which means Haunt Season is right around the corner, especially at Busch Gardens Tampa where new residents are setting up shop…13 of them…and they’re setting up The Butcher Shop. It’s an all new, very disturbing take on the Shop of Horrors and this year there’s more than just your normal gifts. The shop has expanded, it’s selection…and includes some “choice cuts”. We also take a look at the Howl O Scream goodness going on around the park, and some construction on next year’s Falcon’s Fury. 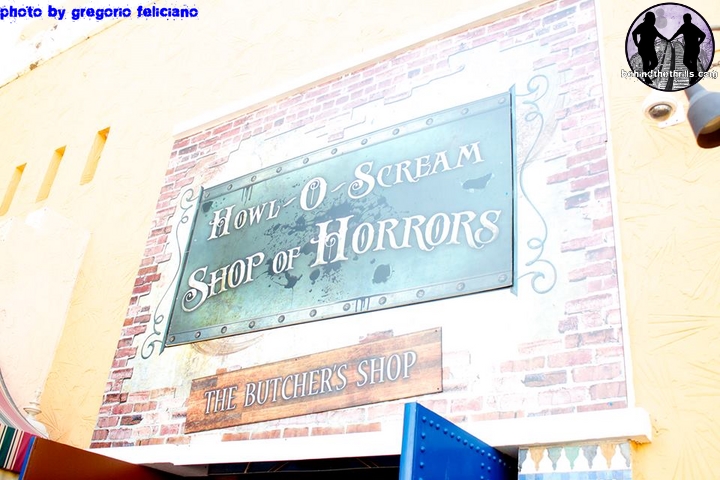 This year Howl O Scream will feature more than one place to get your gore on, as they expand into other areas of the park. However, the main which features the most items will still be The Shop of Horrors. This year the Butcher has moved in. He’s one of the 13 that has come out to play. 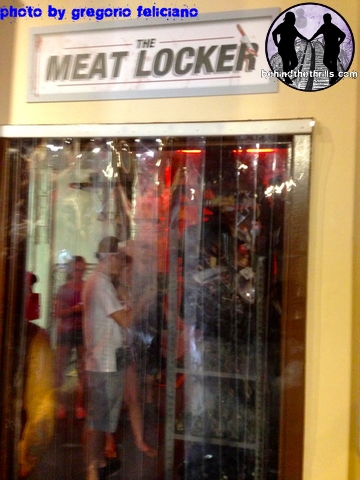 This year the terror starts even before you get to your first haunted house. The Meat Locker features some of the best “choice cuts” from our new friend in the Basement…the Butcher. 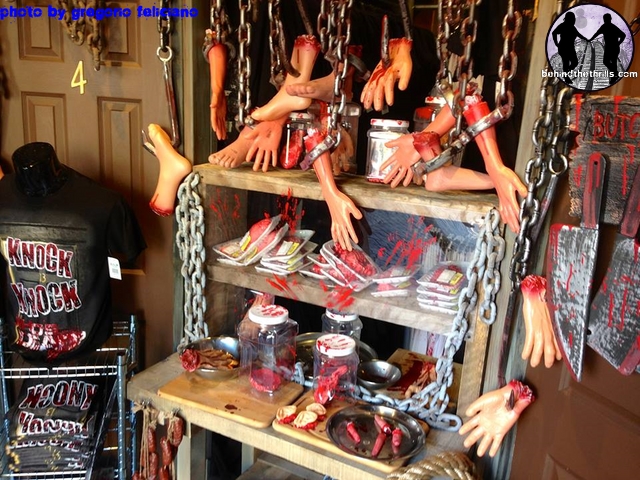 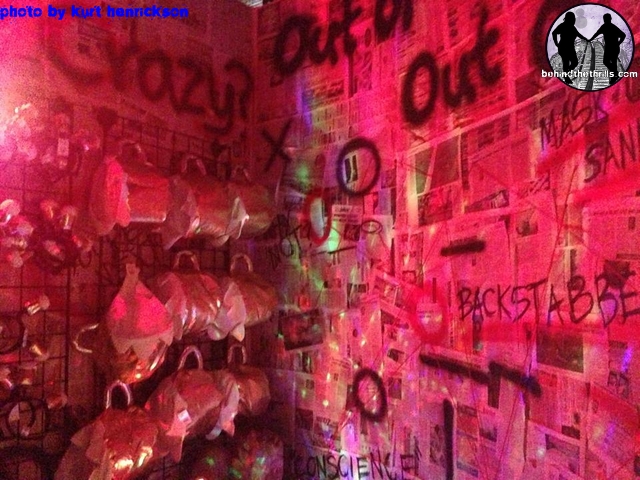 The park has let the 13 take over with decorating the shop. Each bit of The 13 is represented in the shop. With any luck we will see all of their presence throughout the park. 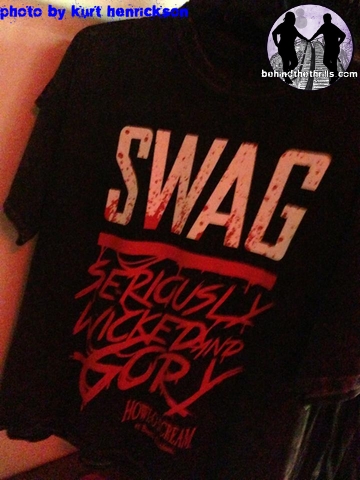 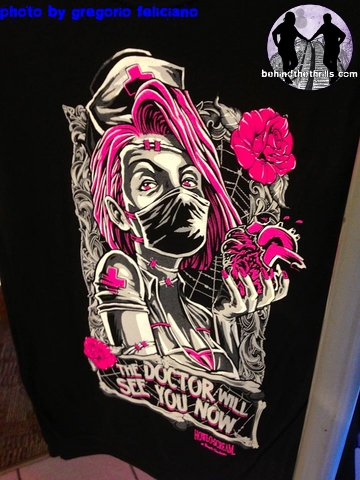 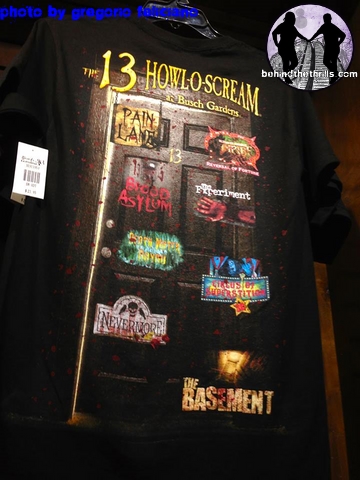 Over the last few years, the park has really amped up their merchandise selection. This year continues that trend with the most diverse collection of items yet. There are items from The Walking Dead, as well as characters like Chucky and Jigsaw. The most impressive, however, are the fun line of shirts that the park has branded themselves. Things like SWAG shirts (Seriously wicked and gory) and newly designed nurse shirts really have a look of their own, something completely unique from years past. 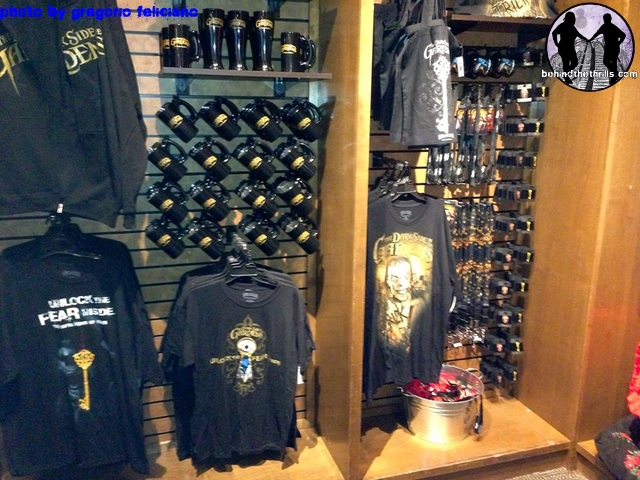 Speaking of years past, the park has a small collection of items from previous years, if you haven’t gotten to the “Dark Side of the Gardens” with Trickster. There’s still time to “unlock the fear”. 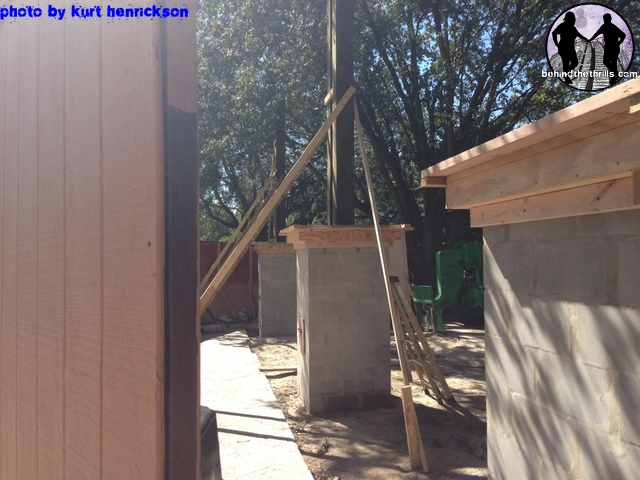 Near Gwazi field, what looks like permanent wall structures and maybe a new path is going up. We’re not exactly sure what this could be, but it looks to be dual purposed. It should be ready in time for Howl O Scream, but it also could serve purpose for the all new expanded ChristmasTown coming this holiday season. 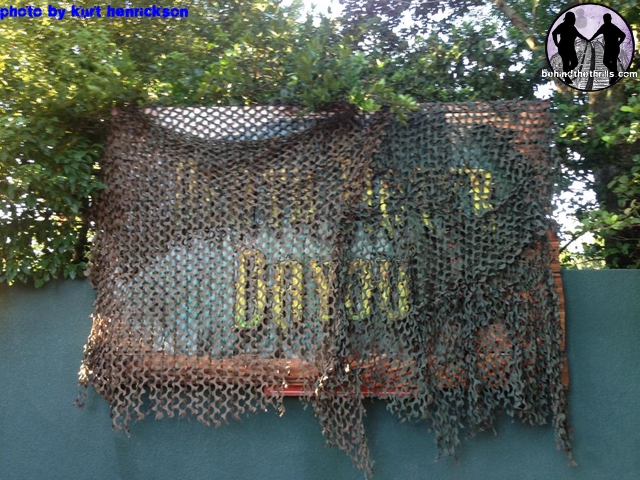 Signs for all the mazes are starting to go up, and the one that most people are interested in, Death Water Bayou looks the most intriguing. The new maze was the subject of several Facebook contests in which fans could vote for actual props and settings that will be used in the house. Death Water Bayou will tell the tale of the Voodoo Queen that whose heart has been broken….and now she helps everyone seek revenge. 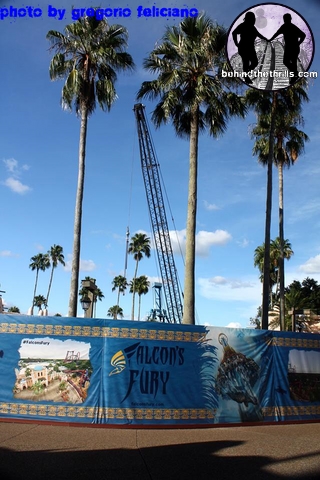 The world record breaking Falcon’s Fury doesn’t open until next year, but crews are already hard at work on the 335 foot drop tower that will take you to the top, then fling you back down face down. While no vertical construction has appeared, the project still looks to be on schedule. 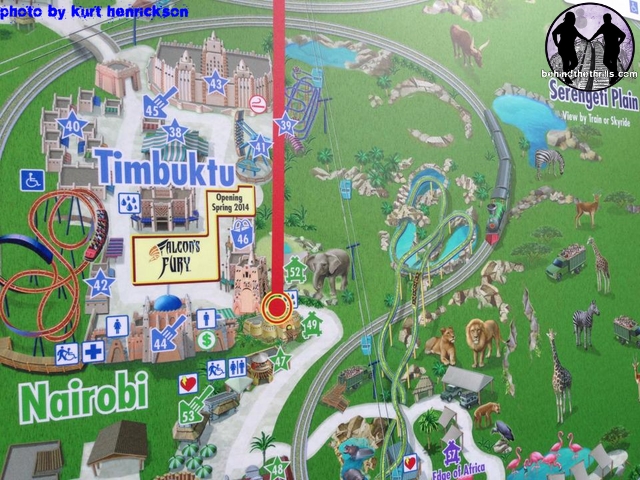 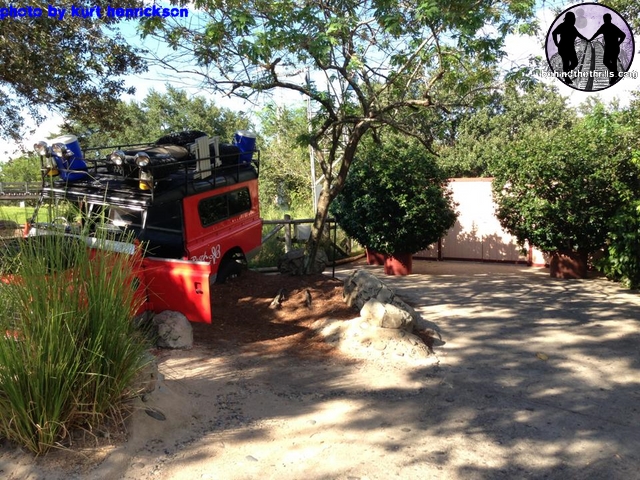 Construction walls have been put up, and all signs that the attraction was ever there are gone. The rumor calls for a new version of the attraction to open in 2015, but those are just rumors, and at this point…anyone’s guess is just as good.

Check out even more pictures of Howl O Scream and construction around the park!

Having trouble viewing the slideshow? View all the picture goodness by clicking here!