Walkers are everywhere, and the sleepy little rebuilt town you thought was shelter from the end, holds it’s own dark dirty secrets. When it all falls apart, there is nowhere to run, no shelter from the countless undead that roam the streets…there is no safe haven. That’s the idea behind this year’s massive new maze at Universal Orlando’s Halloween Horror Nights, The Walking Dead:No Safe Haven. The maze takes fans of AMC’s hit TV show, The Walking Dead and puts them right through the hell of the show. Will you survive? 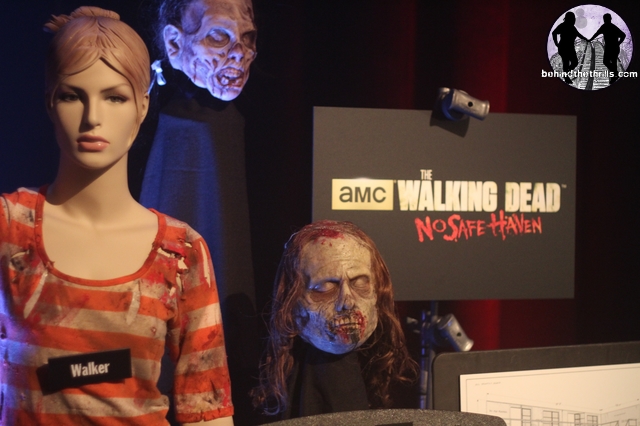 Last year Universal Orlando had huge success with AMC’s hit show “The Walking Dead” as they brought to life the first two seasons of the zombie filled drama. The maze and property was such a huge hit that bringing it back for another round was a given.

“Bringing back Walking Dead was a kind of a no brainer” said Mike Aiello Assistant Director of Creative Development at Universal Orlando “We wanted to bring it back, but we didn’t want to do the same thing again. We wanted to bring more justice to it, so this year we put it indoors.” 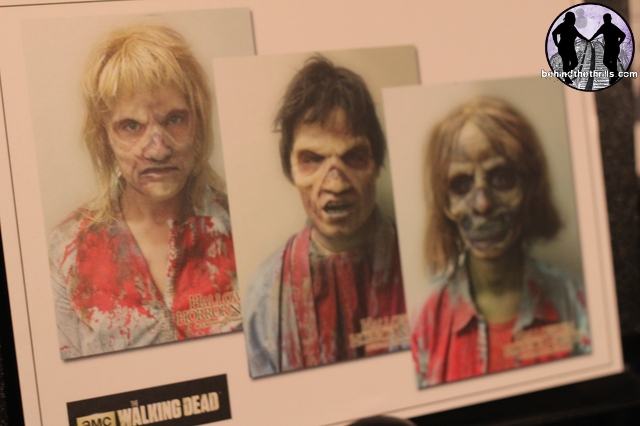 The walkers are accomplished, once again, by using masks accompanied by make up, to give that long dead and decayed look. However, unlike last year, these walkers have different designs. There are some walkers that use the masks, while others use full make up. 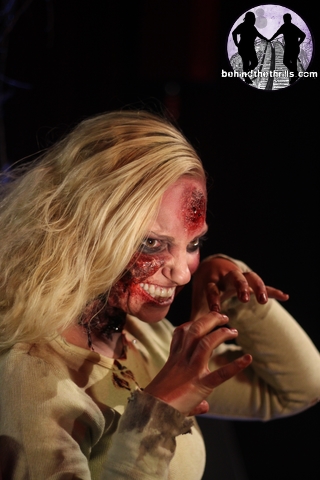 We were able to watch a make up transformation take place, and the result is amazing. While make up and masks may look good on paper, can it possibly deliver? Season 3 was The Walking Dead’s most successful to date, and the maze takes place entirely within that time frame. Guests will take a walk through Woodbury, where things have already taken a turn for the worst. Then they will travel through the Prison of the third season.

So what was the end result? Did it work out? See for yourself as we take you through a live walkthrough of The Walking Dead:No Safe Haven:

It’s far too early to tell if this house will be a hit. While the majority of everything was working, there may be some tweaks done between now and opening night. However, without going into major spoilers, we will tell you what worked for us. 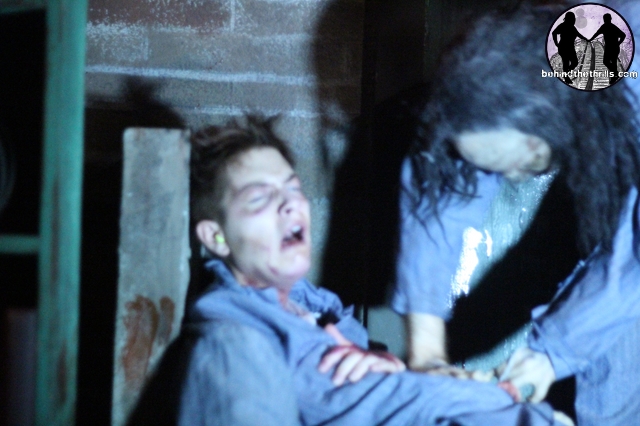 The biggest thing about the house is that this year, there are victims. The house is more intense, and violent. We see Walkers devouring people, and see the aftermath of the situation. 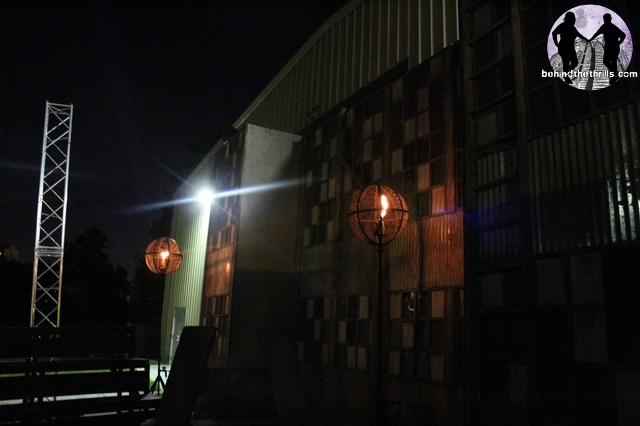 The sets in this maze are absolutely huge. Guests walk in through the Arena where Woodbury would have zombie fights, and they go through major sets of the film. There are some very recognizable pieces here, and you get to walk through them. 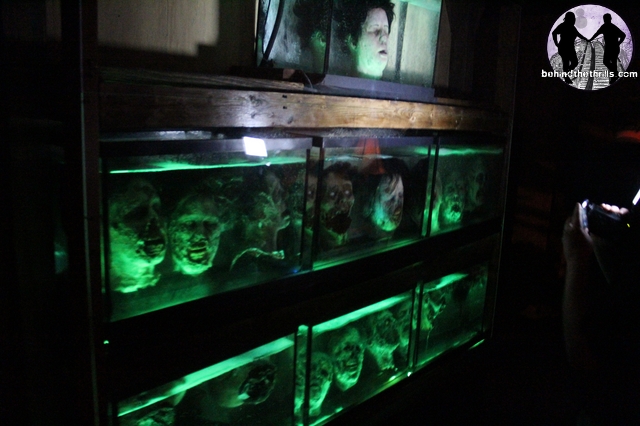 The attention to detail is amazing, as the little nuances of the show are brought to startling life. Floating heads, gnawing Walkers, even some of the smaller details in the show are seen here. 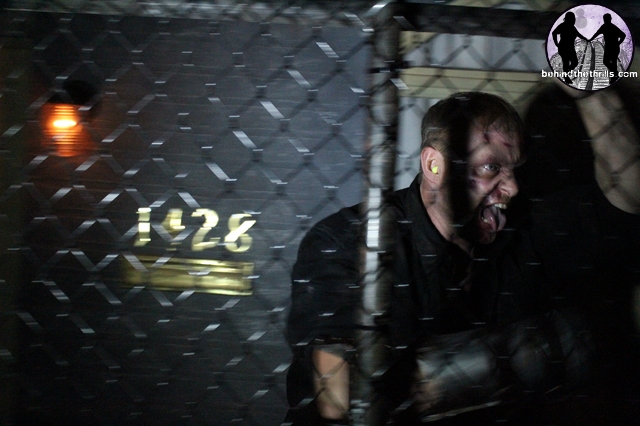 While you won’t see people like Rick or Darryl from the show, you will see certain dead characters from the show. They are sprinkled throughout the house as little Easter Eggs. There are also little hints to plots hidden in the house. Crying babies and telephones as well as a fat bloated zombie are just a few of the little nods to some of this season’s episodes.

Check out more pictures of No Safe Haven:

Having trouble seeing the slideshow? Click here to check out the picture goodness!

The fun doesn’t stop with No Safe Haven. Universal Orlando is going to take guests through the first two seasons as well with a non stop street experience. There is already a tank onsite, and the entire New York area will be transformed in Atlanta from the first season. 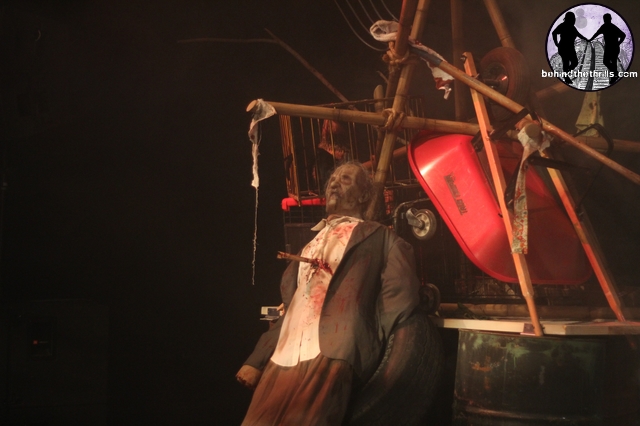 Within the next few days there will be a barn raised onsite that guests will walk through. The catch, it will be on fire, and burning to the ground! The Walking Dead will spread throughout the park, like a plague.

Stay tuned with us throughout the day as we add more pictures and videos. Be sure to like us on Facebook.com/BehindThrills for all the latest.