You can’t have Marvel characters in a theme park East of the Mississippi, but they never said anything about theme park-like experiences! That’s the plan for next year as “The Marvel Experience” will hit two dozen cities around the globe. According to this article over at Deadline, the new experience will debut next year and have a week long stay in each city. Will it be a hit…or will it “Turn off the Dark”? 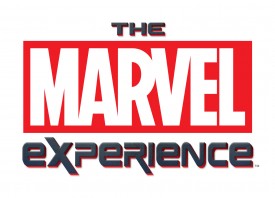 The Marvel Experience will be a $30 million dollar production from the man who brought the legendary Broadway Musical, Spiderman-Turn off the Dark. It was legendary, not because it was a great show, but because of all the problems that was associated with it. The new venture, however, will not be a Broadway musical, but a huge traveling experience that will feature tons of Marvel characters and combine them with original 3D movies, multimedia technology and a 4D ride….whoa..what? A 4D traveling ride? Could we possibly see something similar to The Amazing Adventures of Spiderman at Universal? It’s highly improbable, considering the original attraction cost somewhere over $150 million dollars.

The travelling production will be roughly the size of two football fields and enclosed in a huge dome…kind of X-Men Cerebro style. Currently, Universal’s Islands of Adventure is the only place in the United States that guests can experience a ride with Marvel characters. Fans will soon be able to experience Asgard in Disneyland on the West coast, but due to an existing contract between Marvel and Universal Orlando, there will be no Marvel characters in Walt Disney World. However, seeing that this isn’t a theme park attraction…you can bet that there will be a ton of East coast stops in the 24 city schedule.

Check Deadline for the full article.

A teaser trailer for the all new Marvel Experience has been released.

It doesn’t show anything at all, but it does call it the ultimate arena experience. Will this be more kid friendly, or will we see some hardcore Marvel action happening here?
Now look at this all new behind the scenes video:

It looks like we’re going to see some hardcore Marvel action. Actors with animatronics on their shoulders? A real life working Wolverine claw system? Yeah, this is one to keep an eye on!
Stay tuned for more information as it’s released. Be sure to follow along with us on Twitter @BehindThrills for the latest!