Yes, we know. Halloween is over. You don’t have to remind us that one of the positively best times of the year has gone by, only to sleep in shallow graves for another year. While the toothless grins of jack o lanterns have been replaced by the jolly face of Santa Claus, we are giving a great haunt one last look. The Shallow Grave in Winter Haven, Florida had a hell of a first year. With a staff of dedicated scareactors, make up artists and a huge area to cause havoc, The Shallow Grave had a first year that so amazing, plans for next year are already in motion, and bigger than the first. We took a ride to The Shallow Grave and caught up with the owner, and creator of the new haunt. 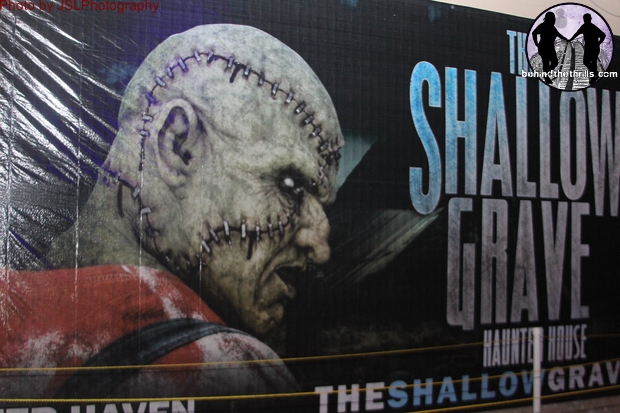 The house next to the cemetery has a lot of stories and rumors that go along with it. People urge strangers to stay away from it. Those who get too close, are never seen again. The story of the Shallow Grave starts way back in during the Great Depression. Thaddeus Van Buren was a kindly old Caretaker at the local cemetery, who always took the best care of his customers’ loved ones. As the Depression sunk in, the dead kept arriving, but people couldn’t pay. With a family of his own to care for, Thaddeus did what every man in that situation would do…he took care of his family. Loading the coffins with bricks and rocks, Thaddeus would carve up the dead and feed his family. They were surviving, but the dead…well, they tend not to rest peacefully when their families are wronged and their bodies are mutilated. 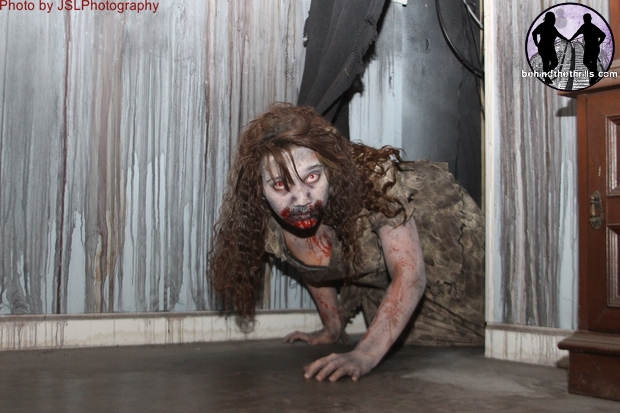 The dead began to rise from their graves, and the souls of the eaten sought vengeance. The Van Buren’s did what they always did. Survived. Once the Depression was over, and things started going back to normal for the rest of the world, that’s when things went south for ole Thaddeus. Eating another man’s flesh does something to your head. You begin to thirst for it..it drives you a little mad. To this day, the ghosts of the dead still roam that house by the cemetery, and something is still there, doing what he’s always done. Surviving. 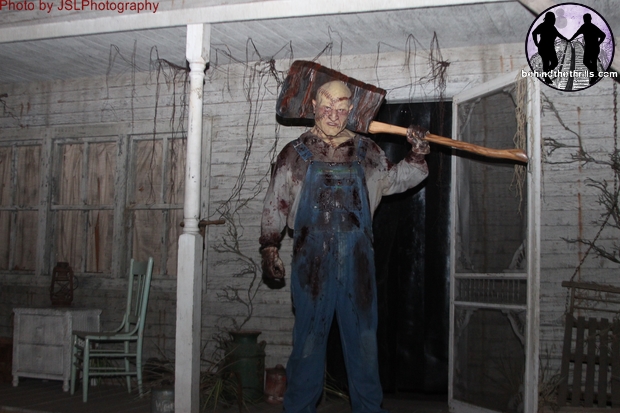 The creators of The Shallow Grave put a ton of detail in the house, making every single corner very authentic. Of course, just like any haunted attraction, if you don’t have a great cast willing to shed blood then the attraction can fall flat. Luckily, the Shallow Grave has plenty of blood thirsty actors who are always in character and always ready to send you screaming. The attraction mixes props, actors and animatronics to create a very intense and unique experience. Unlike the many theme park haunted attractions in the area, The Shallow Grave gives an intimate feel by only sending you in the haunt with your group. The actors are also allowed to touch guests, though you are not allowed to touch them back.

We caught up with Joe Phillips, one of the owners of The Shallow Grave, and chatted with him a bit about how everything came about.

While Halloween is over, plans are already in motion for the future. First, we’ve been told that the attraction will open for Valentine’s Day with a special new scare! If that’s not enough, next haunt season the attraction will definitely reopen and will be bigger than ever. ADHD (Attention Deficit Haunt Disorder) will be a 5,100 square foot haunted maze that will take you through the nightmares of the victims who manage to escape Thaddeus and his house. If that is as successful as the first haunt, there’s enough space to eventually have up to four haunts total.

Check out our full gallery of pictures from The Shallow Grave:

Having trouble viewing the slideshow above? See all the picture goodness here!

Special thanks to JSL Photography for the photos.

For more information about The Shallow Grave, visit the official website by clicking here!

TAGHalloween 2013 The Shallow Grave
Previous PostThrill Weekly Polls-Vote in the Attraction of the Year Finals of 2013! Next PostKnott's Berry Farm to honor Veterans through rest of the year