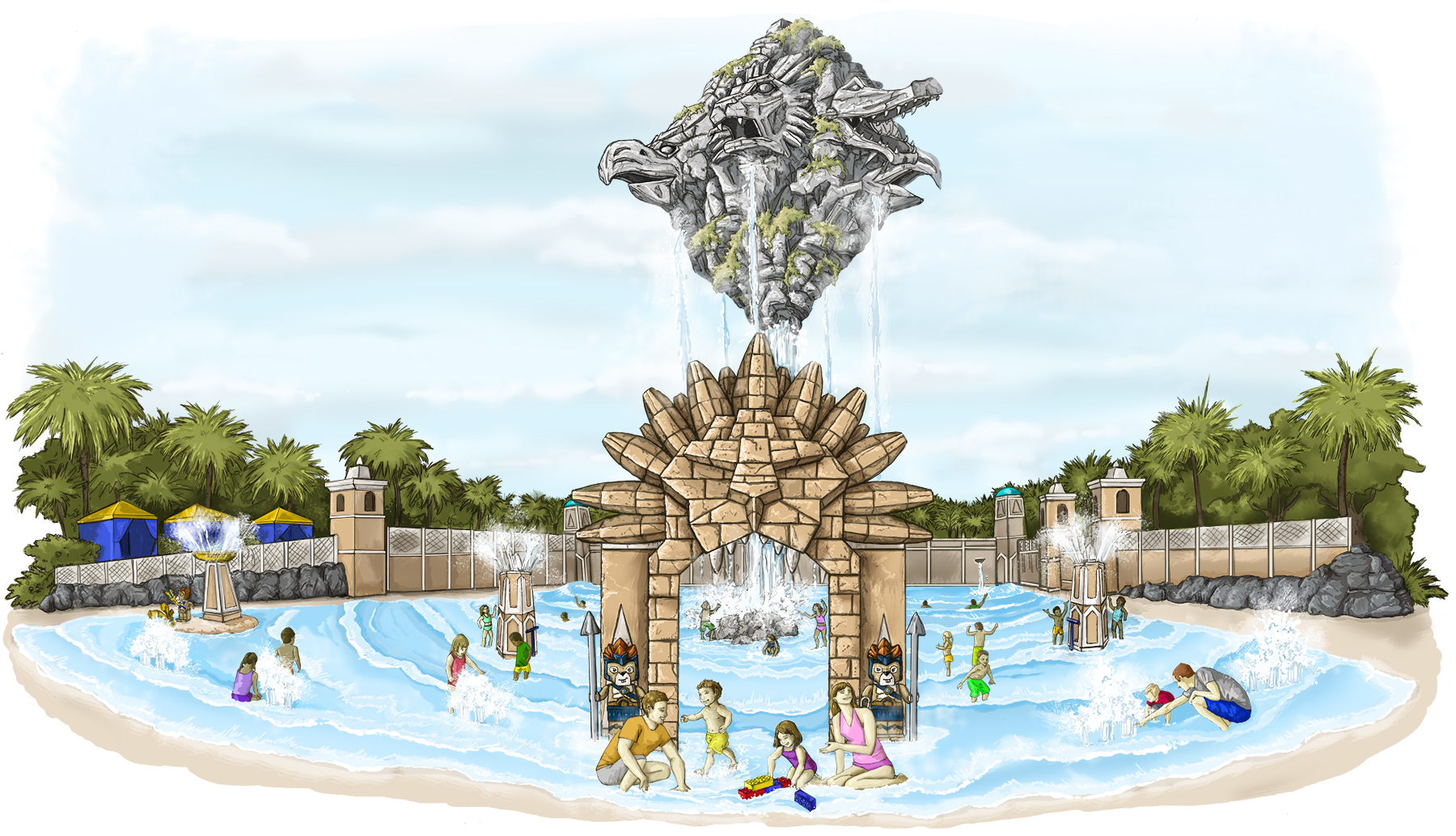 The World of Chima Water Park will feature a Lion Temple Wave Pool that is designed for families with young children. It will be home to a 20-foot tall LEGO lion arch way, and the iconic 40-foot tall “floating” Mount Cavora. Mount Cavora will release 400 gallons of water per minute into the wave pool where families can splash and play! An animal from each of the tribes will be represented on Mount Cavora.

The World of Chima is based off the Cartoon Network series, Legends of Chima. In Legends of Chima, animal tribes battle each other in a mystical land to control “Chi”, a precious energy source.

Other areas in the water park include:

For more information about Legoland California, visit the official website by clicking here or by calling 760-918-5346.