Southern California, get ready, because it’s only going to happen one night! Knott’s Merry Farm is ringing in 2014 in a big way, big fireworks and big new shows. The park is going to be open late with all the same fun, plus some added new twists to end the year with a bang. Just what does Knott’s have in store? Stilt walkers, parties and of course all the regular rides that you’ve come to know and love. 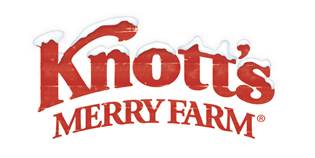 This year, it all ends with a huge party on the midway, as Knott’s rolls out the party hats, noise makers and music for everyone. The park will be celebrating from 10 a.m. New Years Eve until 1 a.m. New Years Day for all the festivities. Plus, this year the Knott’s Sky Cabin will be decked out with tons of holiday lights as it makes it’s way to the top of the K tower. At the stroke of midnight, the tower will reach the top and the sky will come alive with a huge fireworks display.

If that’s not enough, there’s tons of shows and events happening throughout the night just for New Year’s Eve!

What an amazing way to kick off 2014! Knott’s New Year’s Eve is included with daily theme park admission, and is appropriate for all ages!