Friday night marked the kick off of the huge “Celebration of Harry Potter” at Universal Orlando. The event features a Harry Potter Expo in which fans can learn about the film, buy merchandise and even learn about the different ways the film lives on all over the world. The event will also feature a chance to see the cast and crew of the film, and ask questions in Q&A sessions. Tonight, however, the festivities kicked off with a massive tribute to Harry Potter and the cast and crew. Several members of the cast were there to answer questions and address the crowd. During the tribute fans were treated to a preview of the all new Diagon Alley, which was released earlier this week. Fans also got a little glimpse of special merchandise coming to the park. 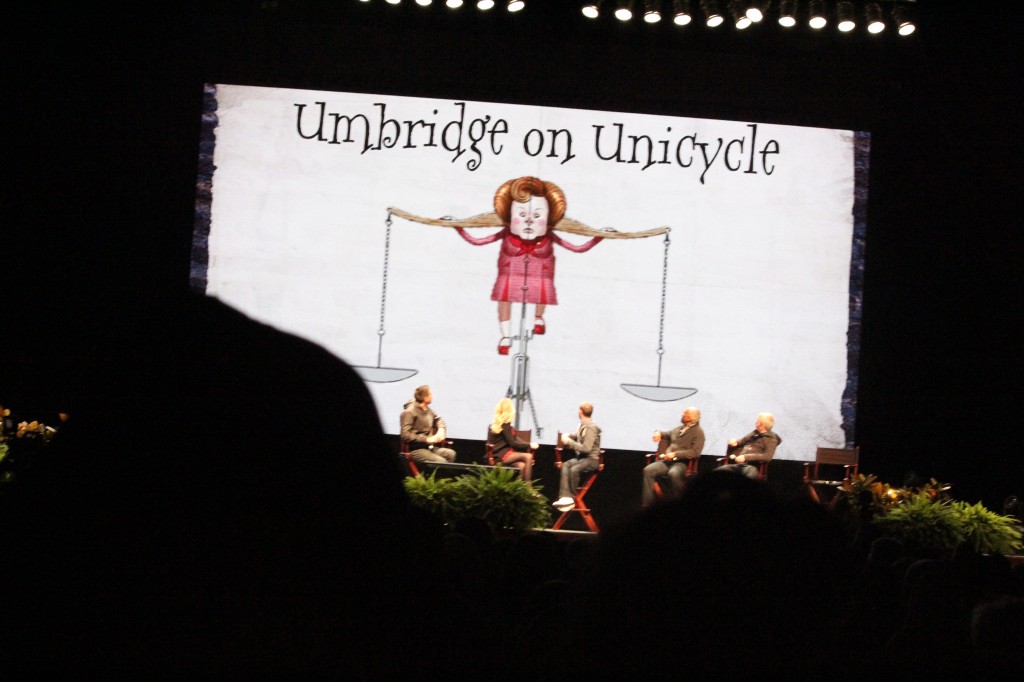 Weasley’s Wizarding Weezes will be a huge joke shop, ripped right from the film and pages of the Harry Potter series. It will be one of several new shops coming to the Diagon Alley area when it opens later this year. The details have been very scarce up to this point as to what we can expect to see, but during the huge tribute to Harry Potter, Phelps twins James and Oliver who played Fred and George Weasley (respectively) gave a sneak preview of products coming to their shop.

Umbridge on a Unicycle is taken directly from the films, and shows Delores Umbridge balancing on a unicycle. A fun toy that will surely be strung throughout the store. 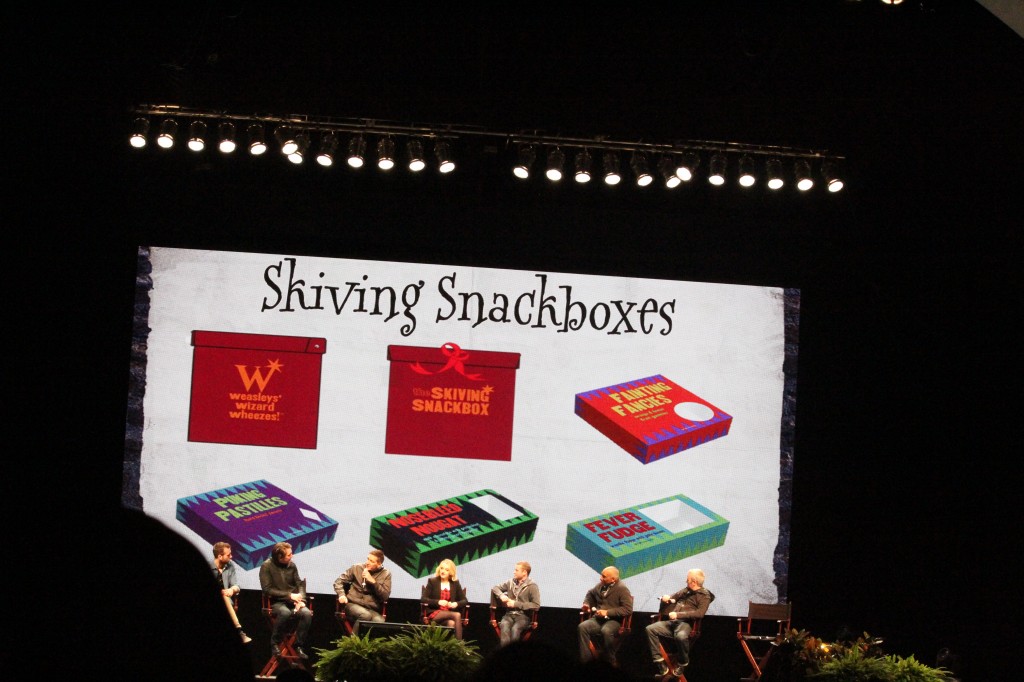 Some of the favorites that fans have been asking for are the snackboxes. Things like Puking Pestules, and Fever Fudge sound worse than they actually will be. The boxes will be used similar to the way they are in Honeydukes, with deliciously edible candy that will not make you vomit, get a fever or sprout spots. 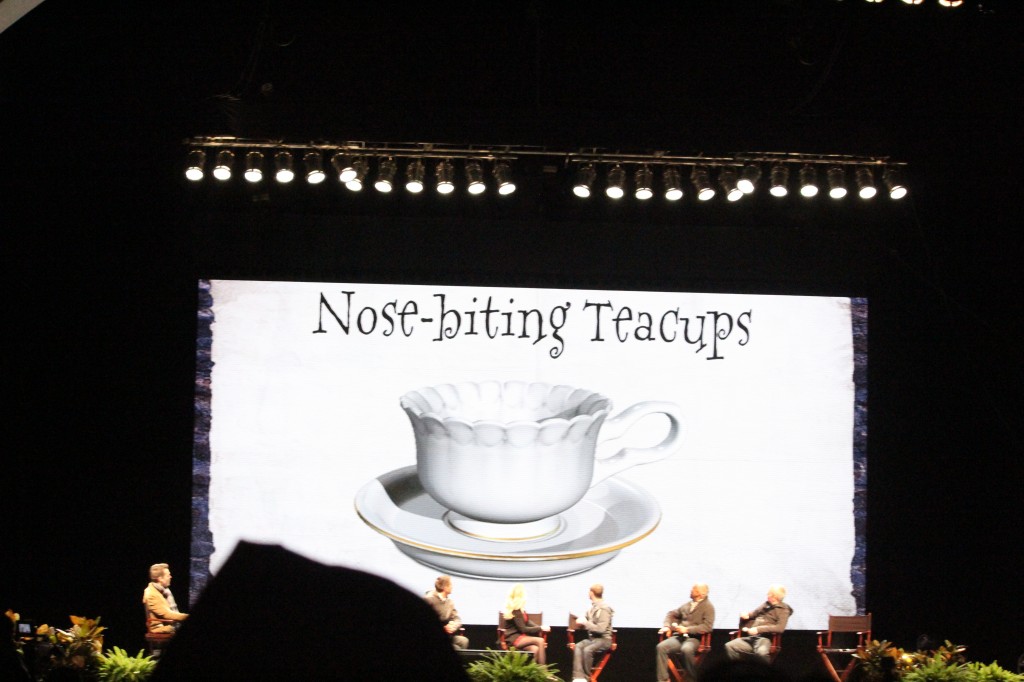 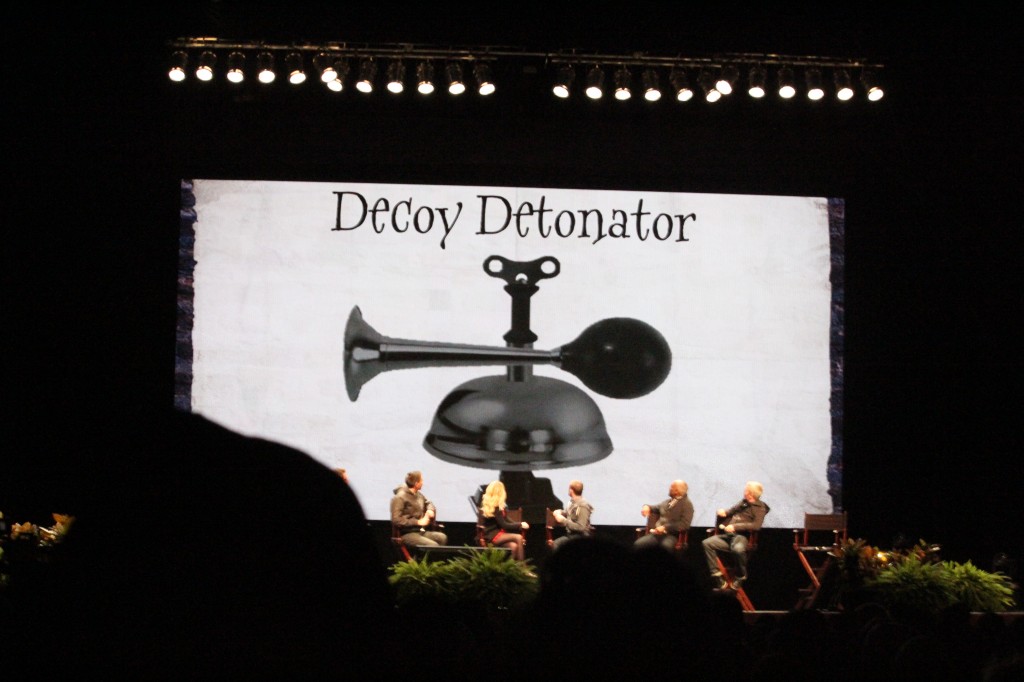 Nose biting teacups and Decoy Detonators are very fun and somewhat dangerous toys in the films. We have no idea what they do in the Wizarding World, though the whole gang was very giddy at the thoughts of them. These dastardly and fun toys will be just one of many new toys and jokes coming to Diagon Alley when it opens this summer.

So what is the cast of Harry Potter excited about and looking forward to the most? The cast, including Evanna Lynch, Matthew Lewis and the Phelps Twins gave us an idea what they’re looking forward to at the new Diagon Alley, check out the video below:

Later this year, Zonko’s Joke Shop at the current Wizarding World-Hogsmeade will close down to make room for Wizarding Weezes and an expanded Honeydukes sweet shop.

What do you think? What else do you hope is lurking in the shops of Diagon Alley?

Be sure to stay tuned all weekend as we bring you even more from the Celebration of Harry Potter at Universal Orlando! Be sure to follow along on Twitter @BehindThrills for all the latest updates.